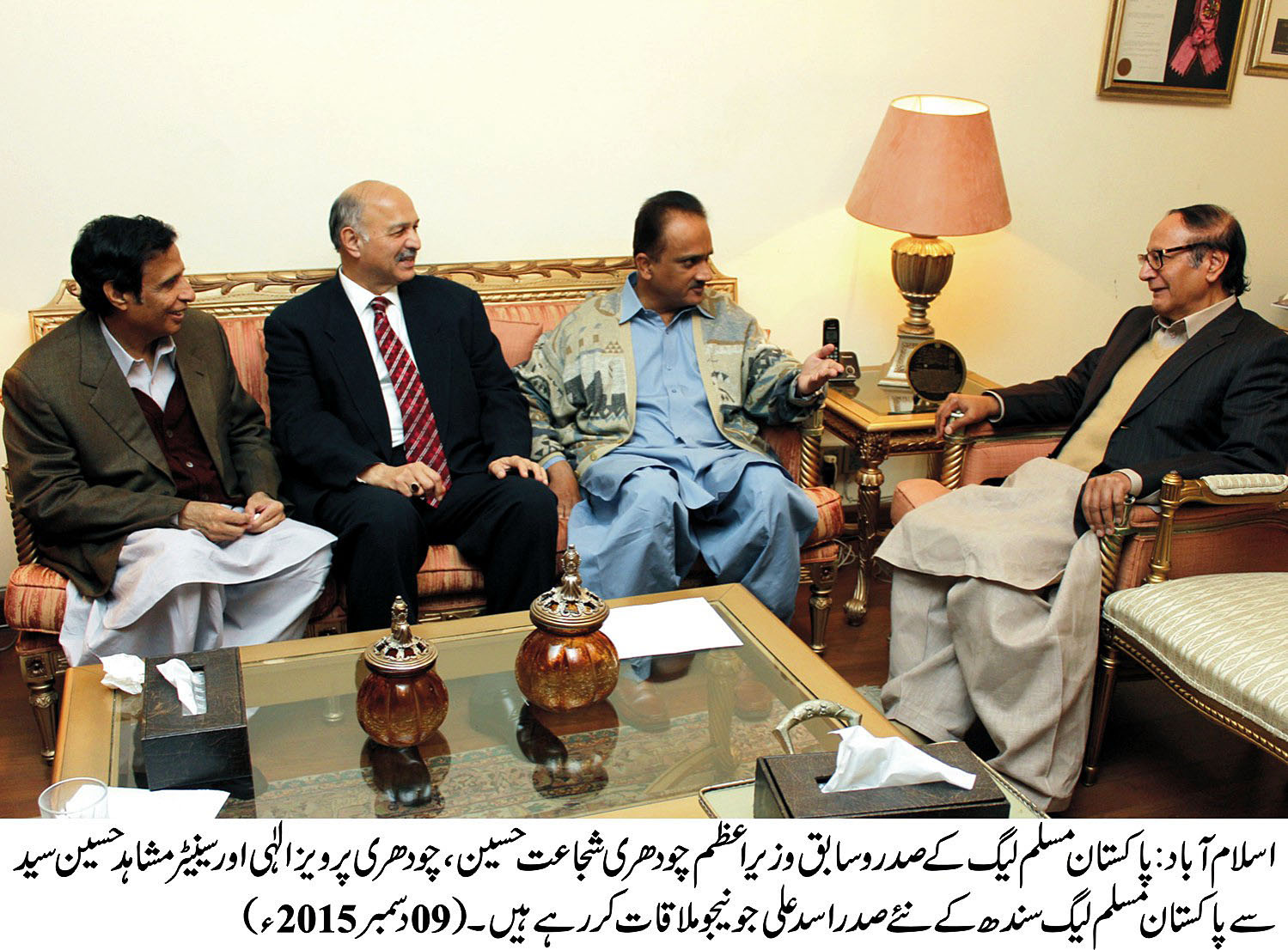 Islamabad/Lahore: 09-12-2015: Pakistan Muslim League (PML) President and former Prime Minister Ch Shujat Hussain has appointed Asad Ali Junejo as new President of PML Sindh who said that PML is the party of Founder of Pakistan the Quaid-i-Azam and he will activate it again with the guidance and cooperation of sincere workers throughout Sindh.

Asad Ali Junejo, who is son of former Prime Minister late Muhammad Khan Junejo and former Federal Minister, called on Ch Shujat Hussain, Ch Parvez Elahi and Mushahid Hussain Sayed in Islamabad on Wednesday who praising him said that he is the son of a great Muslim Leaguer family of Pakistan and his greatest virtue is his honesty and commitment, he enjoys national recognition and he is respected in every province and in every segment.

PML leaders expressed the hope and confidence that under leadership of Asad Ali Junejo PML will succeed in regaining its original status in Sindh again.

Asad Junejo assured that he will soon personally contact each worker of PML Sindh, unite them and strengthen and activate the party in the province again. # 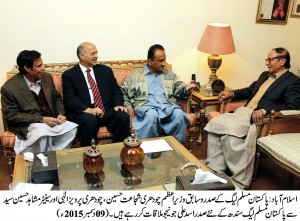