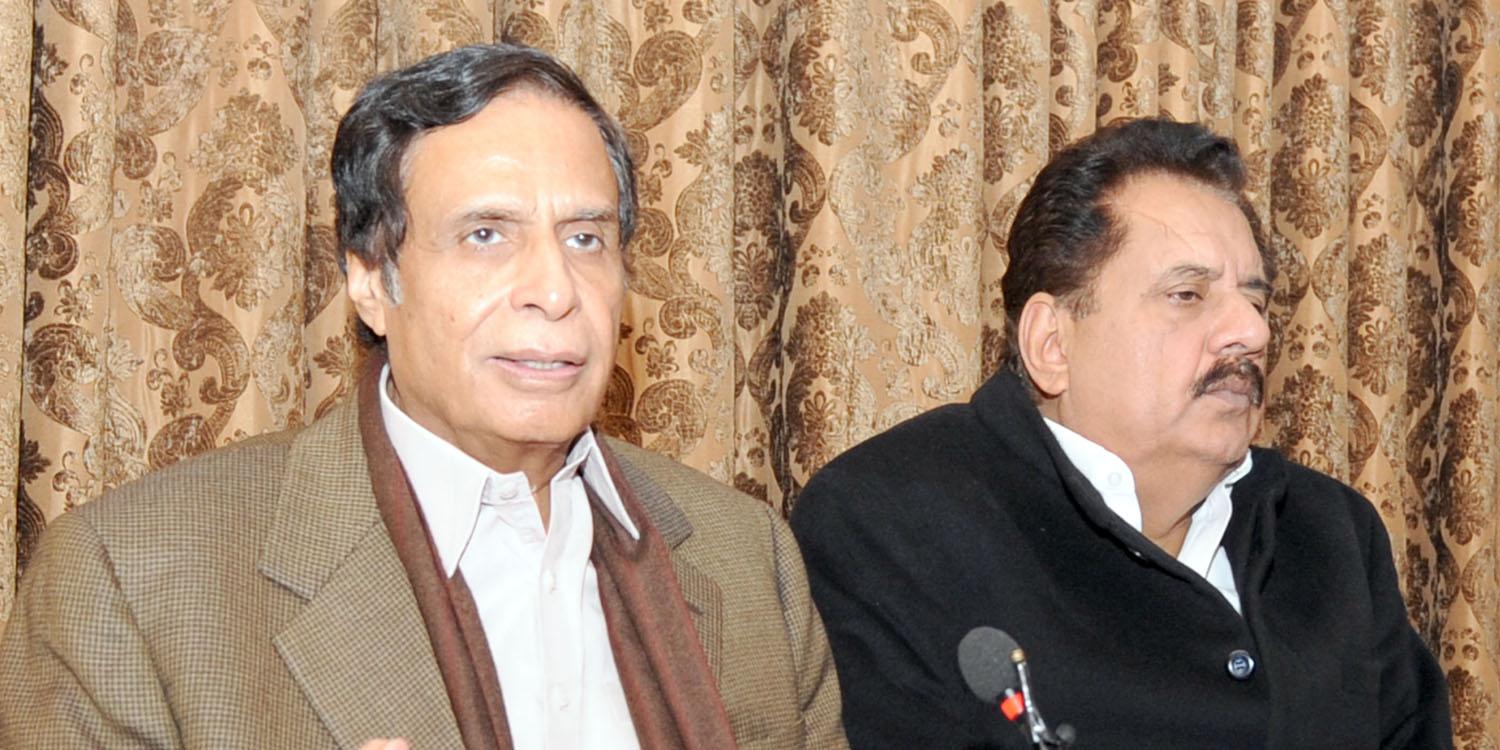 Lahore: 03-01-2016: Pakistan Muslim League (PML) senior central leader and former Deputy Prime Minister Ch Parvez Elahi has termed Orange Line bigger project than Nandipur Power Project for making dollars and said the company to which its contract has been given has no such experience, they sell only arms.

He said while addressing a press conference along with MNA Tariq Bashir Cheema at his residence here today.

He said this is such a deficit and anti-employment and environment project which entails Rs 16 billion annual deficit and heavy loan will put future generations also in chain of debt, historical beauty of Lahore city will vanish. He said our four lines 97 kilometers long underground train profit yielding and subsidy free project, which was to benefit every area, was scrapped by Shahbaz Sharif and wrote a letter to the Asian Development Bank that we do not need this loan. He also provided copies of this letter to the journalists.

Ch Parvez Elahi further said no building, house or shop would have been demolished by our project and rather construction of underground commercial centre would have created employment opportunities for thousands of people.

Responding to a question, he said that fate of this project will be even worse than Nandipur project and Orange Line will reach nowhere on the track of corruption. He said that Shahbaz Sharif has put the province under heavy debt of Rs one thousand billions whereas we had left Rs 100 billion surplus, we had awarded Mass Transit project contract to Systra Company which had completed Eurotunnel and Shanghai Metro Train Projects.

Terming Orange Line train as another big burden of a white elephant after jangla bus on the economy of Punjab, he said that its real cost was also kept secret whereas our project as compared to Shahbaz Sharif project was completely free, mark up on the loan was only 0. 25 per cent with 10 years grace period as compared to their 3 per cent markup whereas it was such profitable that after ten years loan could be repaid lump sum, ticket was only Rs 25 and train would have come after every two to five minutes, in our project firstly Green Line was to be constructed and then Orange Line whereas starting Orange Line ahead of Green Line is like putting tonga ahead of horse, our project not only would have added to the historical beauty of Lahore but also provided cheap and comfortable transport in every area of the city. He said it is worth mentioning also that people had never objected to any of our project because we always consulted concerned segments and civil society before starting. #