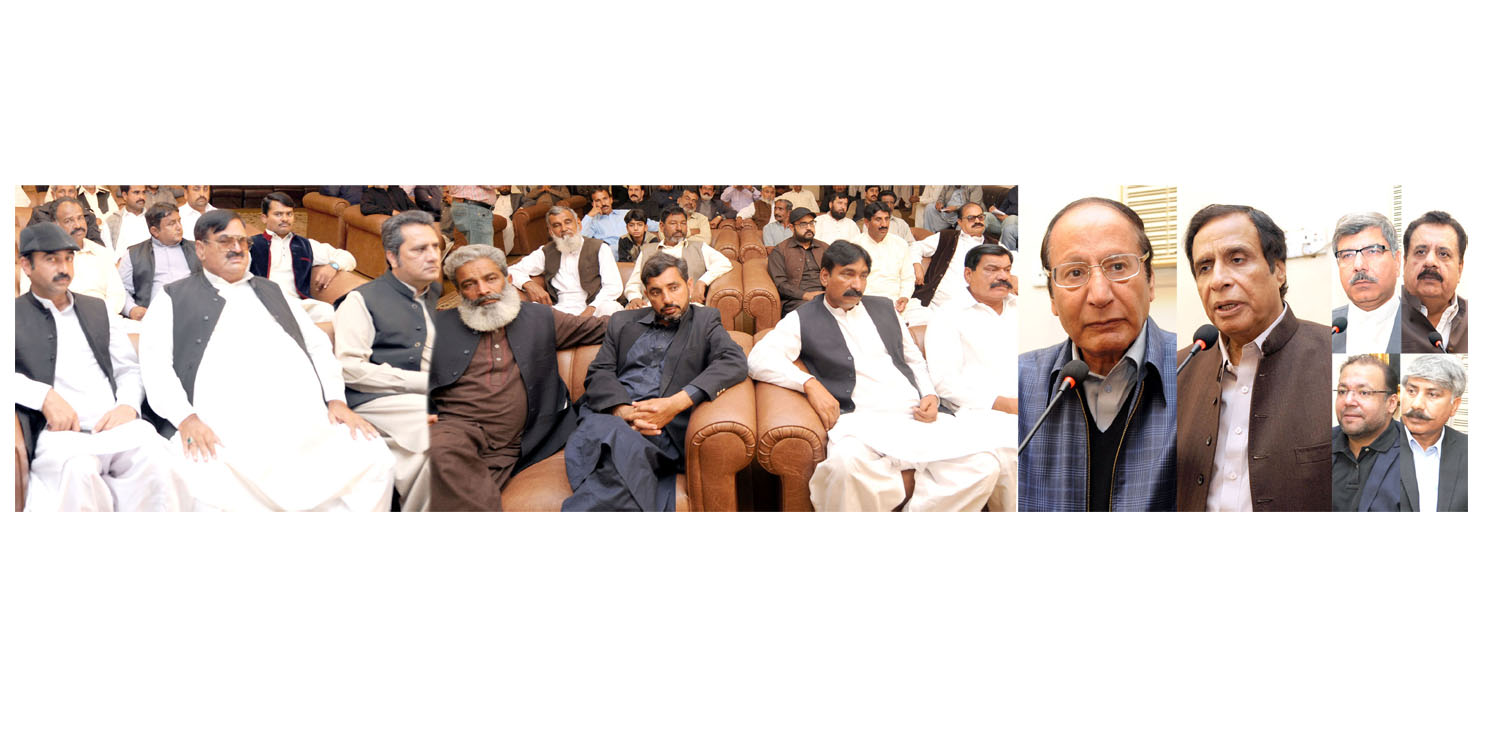 On this occasion, Ch Shujat Hussain said that N-League and Peoples Party are playing “noora kushti” and process of change will start in next three to four months.
Ch Parvez Elahi said that the farmers have got nothing from the so-called Kisan Package, funds of villages are also being dumped in jangla bus and dollars making show off projects, in our govt we did a lot for everyone but did not beat the drum, these rulers only beat drum and do nothing.
MNA Tariq Bashir Cheema and party’s reorganizing convener in the South Punjab Sardar Ahmed Yar Heraj also spoke.
Ch Shujat Hussain further said that air from govt balloon is out, now it is working only to the extent of advertisements, our friends and enemies all agree that respect and honour given in our party is not given anywhere else. He said the people are remembering today the works done during the tenure of Ch Parvez Elahi, process of reorganization of the party has commenced in Punjab as well as in Sindh, Balochistan and Khyber Pukhtoonkhwah, new friends are being welcomed in the party in consultation with old friends, new image of PML will emerge soon.
Ch Parvez Elahi said that Punjab Govt has put the people of the province under heavy debt, we had done welfare works for all without any discrimination like 1122, free medicines, historical incentives for farmers all are unprecedented, we also provided many facilities in the livestock sector for prosperity of rural population but these rulers had picked up the whole system including chillers for preserving milk for their company Anhaar, more than 90 per cent farmers have got nothing out of their so-called Kisan Package, only favoured ones got benefits.
He said that except the local population what benefits the people of Punjab get from jangla bus and orange line while all funds of the entire Punjab have been stopped and utilized on these projects, no attention is being paid to govt hospitals, 1122, education, health and instead being advertised for leasing out on contract whereas no attention is also being paid to our established Cardiology Hospital in Multan for South Punjab, surplus province of our tenure has been put under heavy debt, they have shattered the entire provincial system.
Speaking on this occasion MNA Tariq Bashir Cheema and Ahmed Yar Heraj said that the rulers have put our children under heavy debt of billions of dollars for sake of commission, for their two sugar mills in South Punjab the rulers are forcing the cultivate sugarcane instead of cotton and other crops, farmer die of hunger whenever N-League comes into power.

They said that process of reorganization of the party in the South Punjab has been accelerated. People of South Punjab including Khanewal are still grateful to Ch Parvez Elahi even now for the ideal works undertaken for the development of their backward region. #