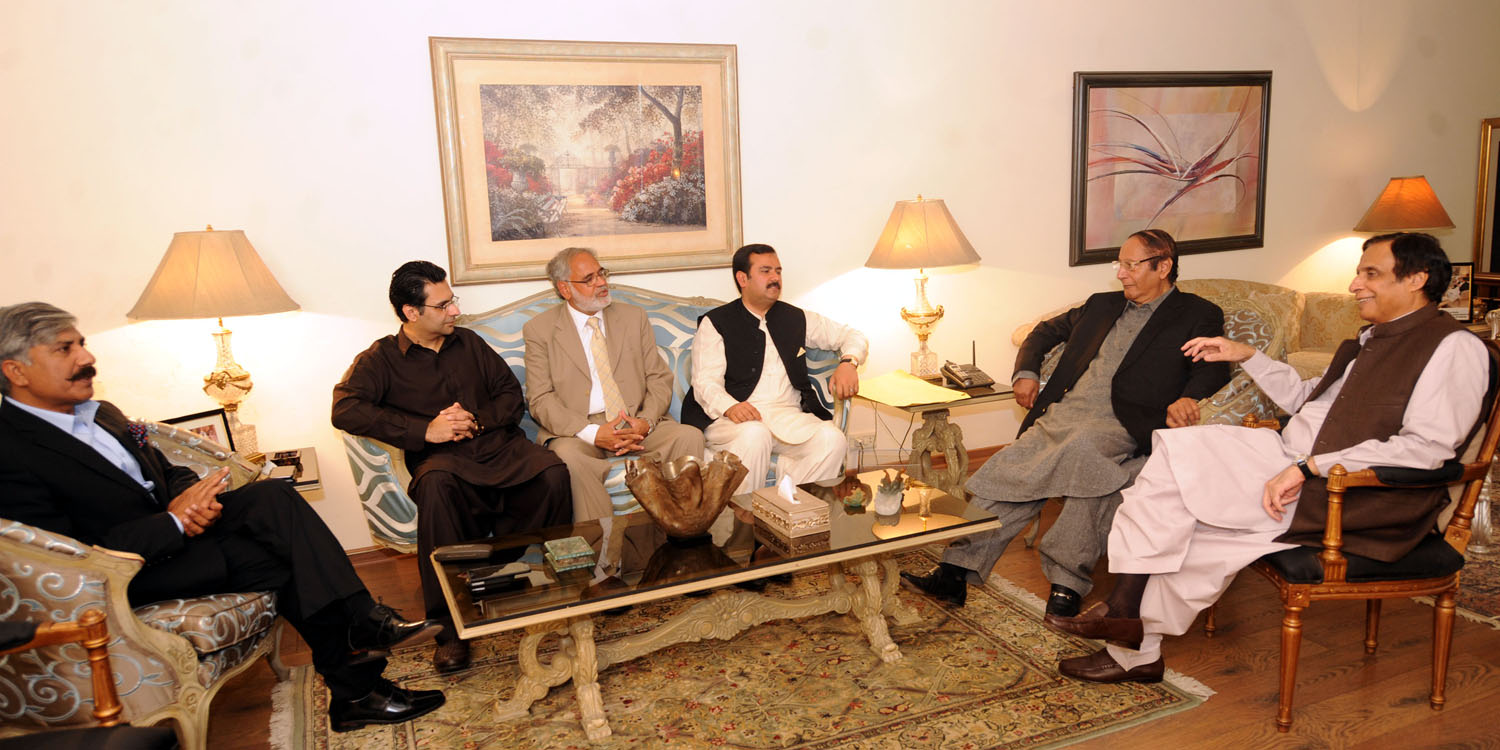 Lahore: 06-03-2016: Pakistan Muslim League (PML) President and former Prime Minister Ch Shujat Hussain and senior central leader and former Deputy Prime Minister Ch Parvez Elahi have said that hurriedness of Shahbaz Sharif have drowned the country, Ulemas of all schools of thoughts should have been taken into confidence prior to the passage of the Women Protection Bill by the Punjab Assembly.

They said this while talking to newly-elected Secretary of Lahore High Court Bar Association (LHCBA) Anas Ghazi and his father Justice (R) Nazir Ahmad Ghazi who called on them at their residence here today. On this occasion Moonis Elahi and Nadir Duggal advocate were also present.

They said that lawyers’ community should play it full and positive role in provision of quick and cheap justice to the citizens because the lawyers enjoy pivotal role in this regard, keeping this in view we has established Prosecution Service for the first time during our tenure, proper legislation was done for Public Defenders Service and also Consumer Courts were established for the first time through which thousands of consumers are benefitting till now whereas lawyers were provided free medical treatment facility during our tenure, Lahore High Court Bar hall and office of the Advocate General were constructed and housing colonies for lawyers established.

Expressing gratitude to PML leaders for support in the election, Anas Ghazi said that the people are still remembering even today relief works in the courts done during PML tenure.

He termed the tenure of Ch Parvez Elahi for effective and result-oriented measures for provision of quick and justice as the best and said that institutions set up during his tenure for provision of justice, supremacy of judiciary and stability of judicial structure have become victim of vindictiveness of the present govt and these institutions, which were benefitting everyone, are now declining and the people are being punished for this. # 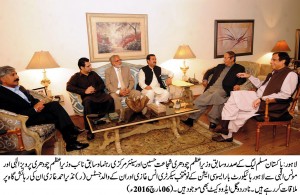