Breaking News
Home / News / English News / No Muslim supports oppression on women, under the Constitution no law can be made against Islam, Ch Parvez Elahi 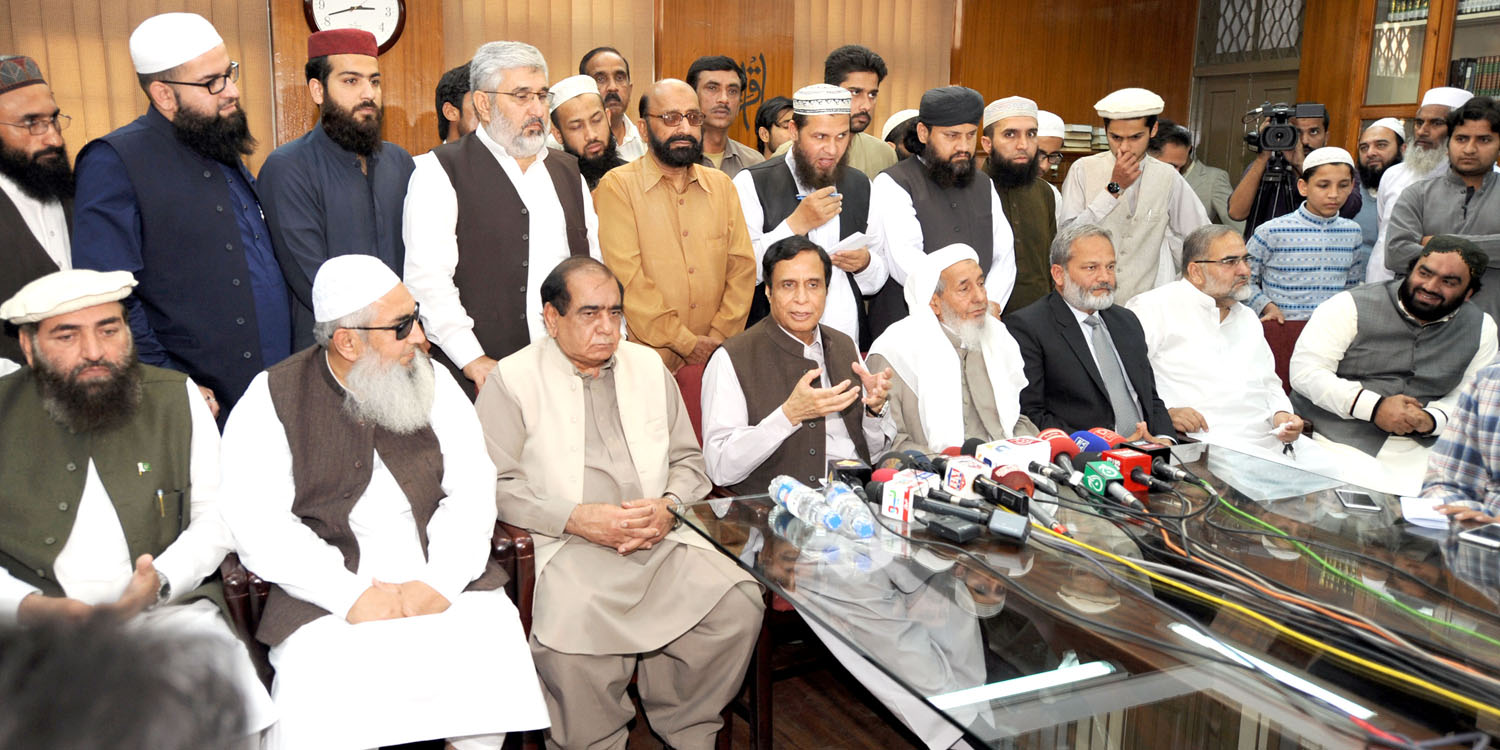 No Muslim supports oppression on women, under the Constitution no law can be made against Islam, Ch Parvez Elahi

Lahore: 15-03-2016: Pakistan Muslim League (PML) senior central leader and former Deputy Prime Minister Ch Parvez Elahi has said that no Muslim can commit oppression on women or support it, under the Constitution no law can be made against Islam in Pakistan nor we will accept it, which we have demonstrated in the past during our govt regarding deeni madaris, entry of religion in passport and other matters despite all pressure.

Lauding greatly meritorious services rendered by the deceased Maulana and his institution for religion of Islam and education, he said this institution has always been in forefront regarding Islamic laws and has been reminding the govt that Pakistan is the name of an ideology and this country cannot deviate from Islamic ideology.

He said after 0/11 despite all pressure we had openly and fully supported Wafaqul Madaris and Ch Shujat Hussain also convinced General Pervez Musharraf that only and only religious education is imparted in deeni madaris.

He said Nawaz Sharif and Shahbaz Sharif should have consulted ulema regarding Women Protection Bill, they should not do such things to please the West, no Muslim can lower its religion in any manner, had Shehbaz Sharif visited Jamia Ashrafia prior to making of the Women Protection Act then he would have got good advice.

Responding to a question, Ch Parvez Elahi said that Punjab is not a sacred cow, Rangers should be allowed to arrest the criminal elements and facilitators here. 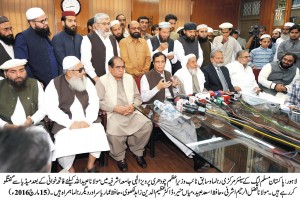