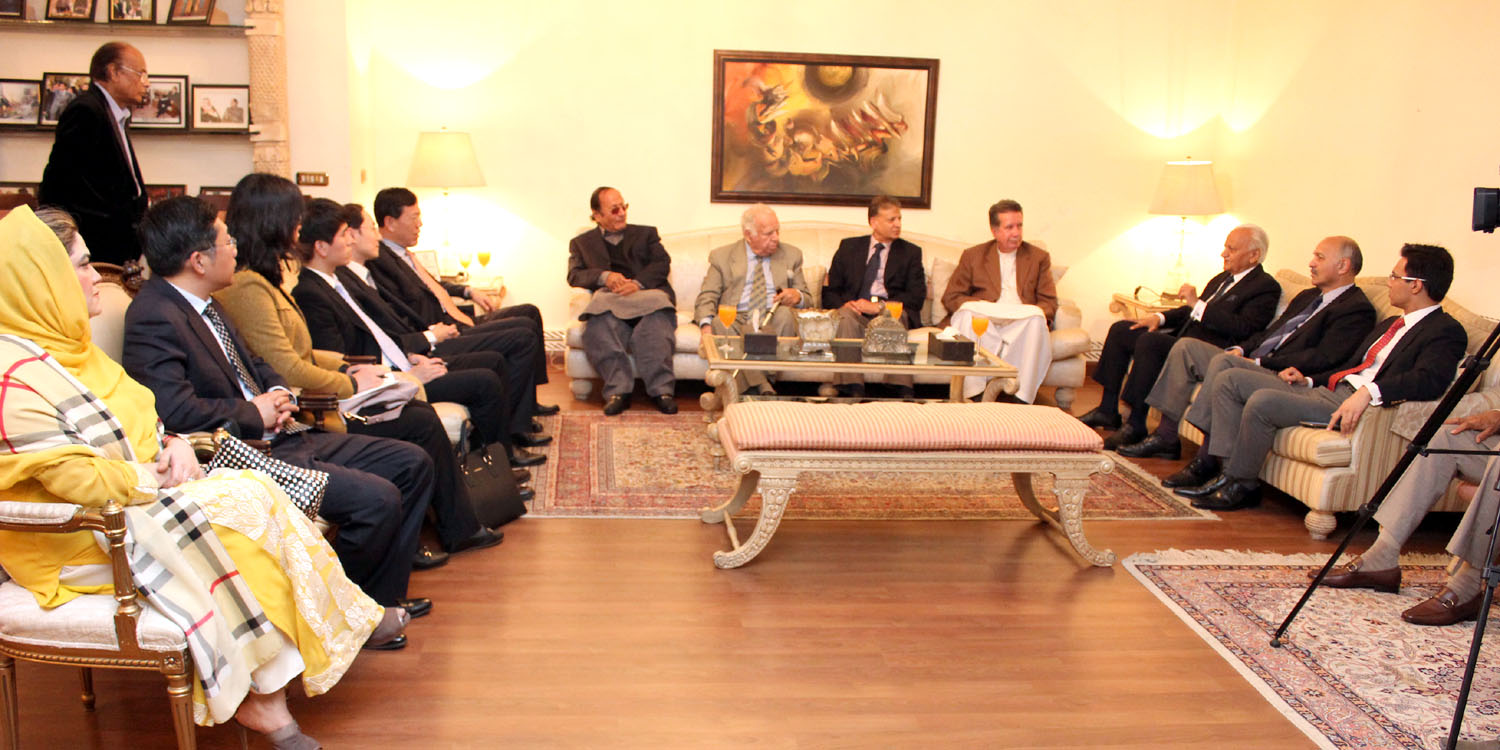 Head of the high-level delegation Mr Li Jun said that all of you particularly Ch Shujat Hussain has played very important role in Pak-China relations in the past, Ch Shujat Hussain was always endeavouring for Pak-China economic relations and his efforts regarding CPEC are very laudable and has important role, we believe PML has always been desirous of improving Pak-China relations and surely people of both countries will benefit from CPEC and they will directly benefit from its far-reaching results.

Welcoming the delegation Ch Shujat Hussain said Pak-China have always been quite friendly, roots of this friendship are in the hearts of people of both countries, people of Pakistan consider China as their brother country, present Chinese Ambassador is also very well-known in Pakistan and loves people of Pakistan from his heart and he has further promoted and strengthened the friendship between the two countries.

Mr Li Jun further said that services of Ch Shujat Hussain and Mushahid Hussain Sayed for strengthening of Pak-China friendship are quite appreciable, Chinese people regard Pakistan as their best friend and deeply love people of Pakistan from their hearts and are always ready for helping Pakistan. 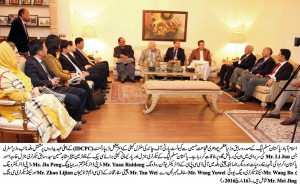