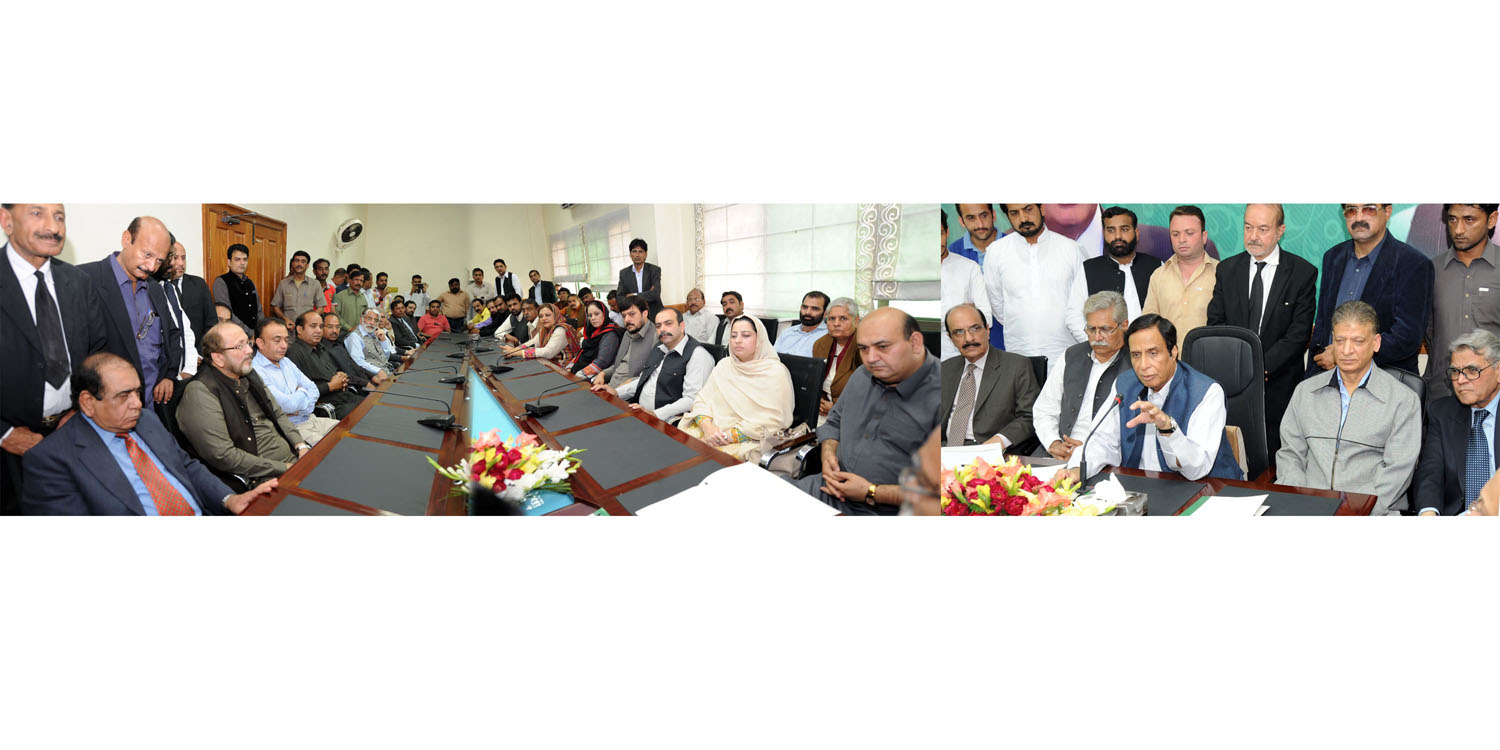 Lahore: 20-03-2016: Pakistan Muslim League (PML) senior central leader and former Deputy Prime Minister Ch Parvez Elahi has said that Nawaz Sharif package for farmers was swallowed by patwaris, now in the Punjab farmers will not get anything also from Shehbaz Sharif package, younger brother after the elder is putting Rs 100 billion into the farmers account but he should first account for Rs 200 billion which have not reached the farmers, present rulers have destroyed the farmers and facilities and incentives given to them during our govt have also been scrapped.

He said this while talking to the meeting after meeting of the PML reorganization work review committee at the Muslim League House here today.

He asked the PML Reorganization Committees to accelerate their work and complete it at the earliest possible, no fake membership will be done.

Responding to a question about former President General Pervez Musharraf going out of the country, he said that he will keep coming and going.

Ch Parvez Elahi further said the farmer is weeping and crying, income from production is less than the expenditure, these rulers only talk about the farmers but they have not done anything practical, they have not added anything to the facilities including our concreted 600 kilometers water courses, laser levelers given at the union council level and free livestock medicines and vaccination given by our govt but also withdrawn the tax exemption given to the owners of twelve and half acres of land.

He said that all bodies previously name in connection with reorganization have been abolished and now various leaders are working as the organizers. He said reorganization work in Lahore Division has also been formally started whereas under the leadership of Tariq Bashir Cheema and Ahmad Yar Heraj reorganization work is in progress in Multan, Khanewal, Bahawalpur, Dera Ghazi Khan, Muzaffargarh and Bahawalnagar. He said likewise, Ch Zaheeruddin Khan and Muhammad Basharat Raja are busy in the reorganization of the party in Rawalpindi, Chakwal, Attock, Jhelum and Faisalabad, Bao Rizwan and Dr Azeemuddin Zahid Lakhvi are doing reorganization work in Kasur, Sialkot, Narowal and Nankana Sahib.

He said after reorganization work has been completed party conventions will be held at the division level throughout the province. He said further that the lawyers, ulema, labour, doctors, minorities, youth traders wings as well as MSF organizers are also busy in the party reorganization work.