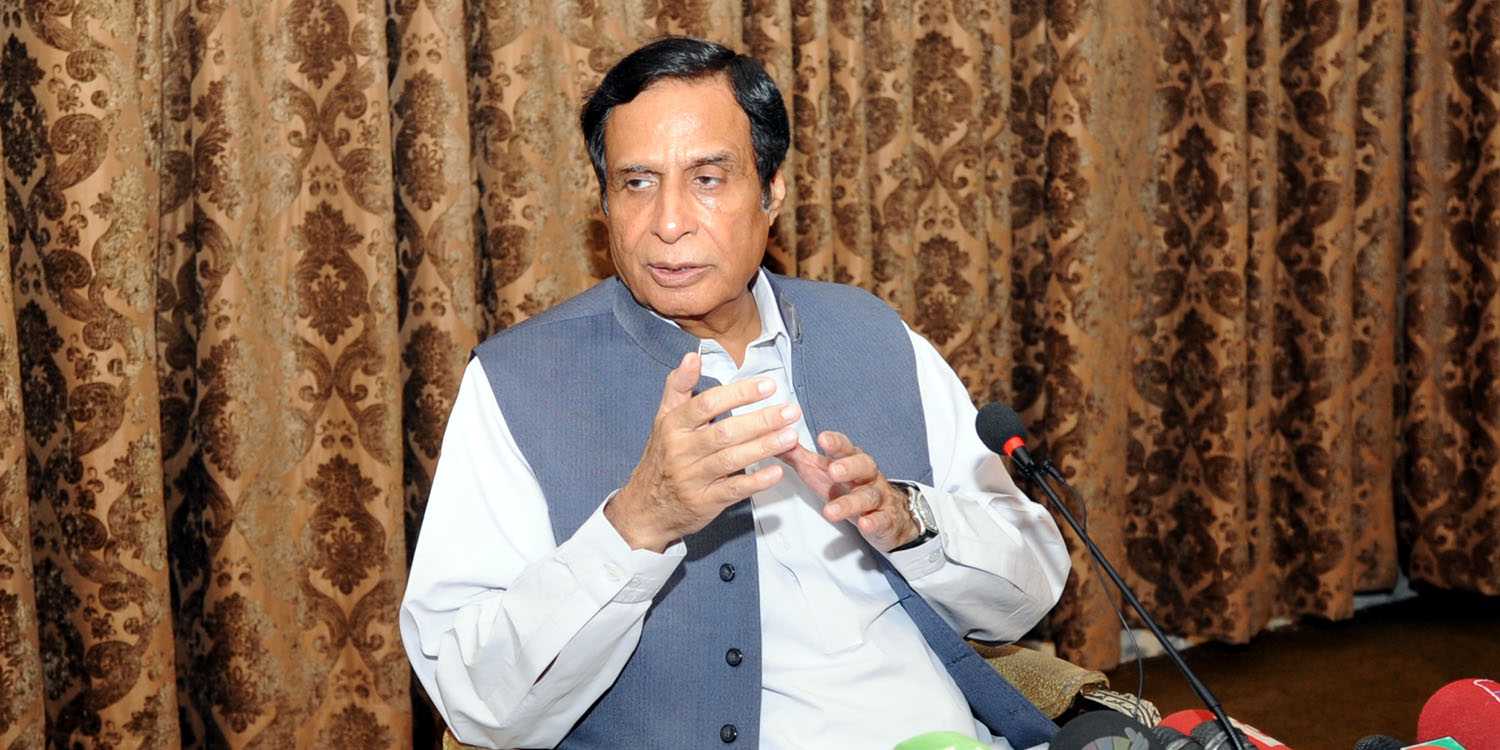 Lahore: 27-03-2016: Pakistan Muslim League (PML) senior central leader and former Deputy Prime Minister Ch Parvez Elahi has said that Nawaz Sharif has been sending sarees to Indian and in return Narendra Modi is sending RAW agents to Pakistan but silence of Nawaz Sharif in this regard is quite meaningful, pay tributes to the army and all secret agencies on arrest of RAW commander in Balochistan.

He said “I started Bab-e-Pakistan after 19 years and construction work was entrusted to the army due to its importance, instead of leveling concocted allegations over Bab-e-Pakistan Shehbaz Sharif should set up judicial commission on it and everything will become crystal clear”.

Addressing a press conference at his residence here today, Ch Parvez Elahi said that on March 23 Shehbaz Sharif has said baseless things about him, if he realized that this was our national heritage and all nations protect and preserve their heritages but he (Shehbaz Sharif) has not completed it even till today, he is running after shine of the dollars, not aware about importance of national heritage otherwise he should not have resorted to delaying tactics.

He said this was started by Ziaul Haq in 1985, Governor General Ghulam Jilani Khan had issued the notification in this regard and after 19 years we had got work restarted on it, during this intervening period Nawaz Sharif also served as the Chief Minister as well as the Prime Minister, Shehbaz Sharif also became the Chief Minister but they did not bother about this national heritage, its foundation stone was laid by Pervez Musharraf and him (Ch Parvez Elahi) on August 14, 2005 and because of its importance its construction work was entrusted to the Pakistan Army Engineering Corps, according to the design of the project it included establishment of library, museum, two schools, restaurants and widening of the attached roads, then it was being supervised by Lahore Corps Commander General Rasheed Mahmud and Punjab Govt Minister Col (R) Shuja Khanzada (Shaheed), like our other projects this project too was also scrapped by Shehbaz Sharif in 2008, a meeting was called regarding this project in 2012, giving the briefing Project Director Col Shabbir said that work had rightly been started on this project, 27 per cent work had been completed, initially Rs 991 million were given to the army out of which Rs 840 million had been spent and remaining Rs 150 million will be returned to the Punjab Govt.

Ch Parvez Elahi further said that after this meeting the project was again put in the cold storage, it seems fund of this project has also been utilized on orange train. He said that Shehbaz Sharif should set up a commission headed by a judge of the High Court and get the matter probed by it.

Responding to a question, he said Shehbaz Sharif was visiting the hospitals and schools now after 8 years, he had given nothing neither to the hospitals nor to the schools, after destroying the entire system he was suspending the doctors now, education do not spread merely by giving lap tops.

In reply to a question about metro bus and orange train, he said the chief minister should know what is his first priority, one crore population of Lahore or 8 crore of rest of the Punjab, Shehbaz Sharif is running after shine of dollar, for running the Punjab Govt previous govt had hired 10 bungalows, we had constructed a new building in which all offices were located under one roof. #