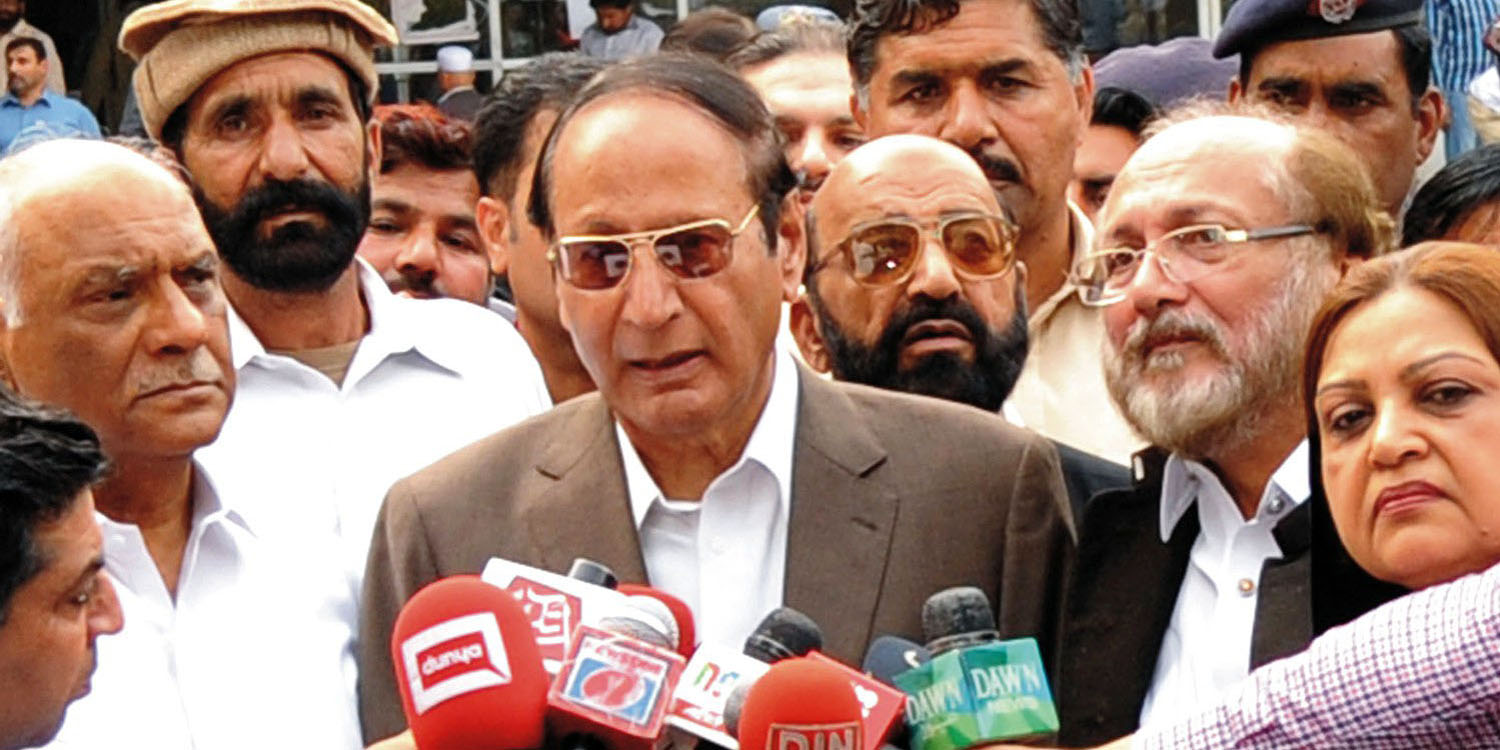 Lahore: 28-03-2016: Pakistan Muslim League (PML) President and former Prime Minister Ch Shujat Hussain has expressed deep grief and sorrow while visiting the injured of the Gulshan Park Lahore tragedy and said that the Punjab Govt had not paid any attention to avert blasts at public places despite having advance information in this regard but had curtailed the jangla bus route, under the National Action Plan operation should be carried out throughout entire Punjab and not just in South Punjab.

He said this while talking to media after inquiring individually welfare of injured of the blast in Shaikh Zayed Hospital along with PML leaders here today. He was accompanied by Ch Muhammad Gulzar, Sh Umar Hayat, Amna Ulfat, Tamkeen Aftab, Mohammad Omar Shaikh and other party leaders. Medical Superintendent of the hospital informed him about the injured and treatment being provided to them.

Ch Shujat Hussain said that the Punjab not implemented even one responsibility out of the responsibilities entrusted to the federation, army and the provinces in the National Action Plan, terrorists and their facilitators have not been apprehended rather they roam around in the vehicles and live in the houses of the rulers.

He said that circumstances have changed after the plan was enforced in Sindh, Rangers should be empowered for carrying out operation throughout Punjab and along with the terrorists, their facilitators should also be arrested. He said that the rangers and the army are national institutions which also safeguard the geographical frontiers besides ensuring internal security.

Ch Shujat Hussain emphatically said that operation must be carried out in entire Punjab so that other provinces have no reservations in this regard because they are also objecting that the federal rulers have not implemented even one point in their province. He said if the prime minister could not take responsibility for the National Action Plan then he at least should have asked his brother to take action in the Punjab.

Replying to a question, he said that after this incident of terrorism the army took the action and started the operation whereas the rulers kept taking the credit on getting up in the morning.

Ch Shujat Hussain said that he shares the grief and sorrow of the bereaved families. He said the prime minister in his speech should apprise the people about the performance of the provinces under the National Action Plan.

In response to a question, he said the rulers should protect themselves or the people, the rulers have not let the National Action Plan implemented in the Punjab adding “I was also present in the meeting held regarding the plan, I have to say this regretfully that important points approved in the meeting are not being implemented”. # 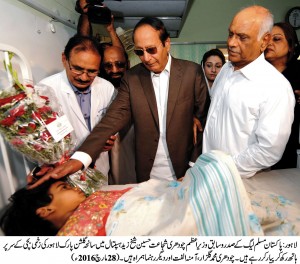 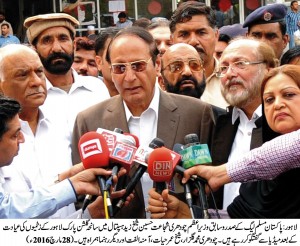