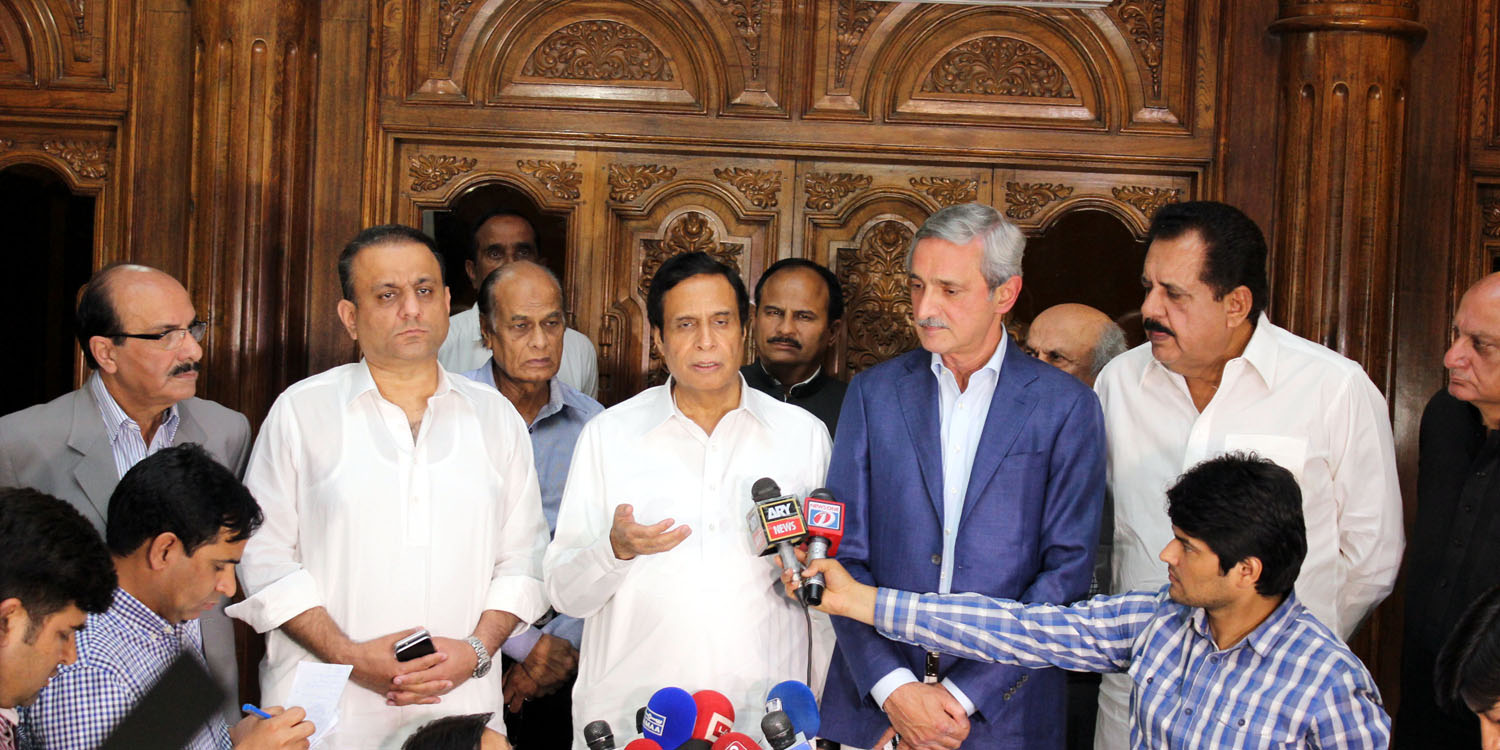 Panama Leaks national issue, all will have to unite against corruption

Islamabad/Lahore: 12-04-2016: Pakistan Muslim League (PML) senior central leader and former Deputy Prime Minister Ch Parvez Elahi has said that Panama Leaks are revolving around Nawaz Sharif, this is a national issue, all will have to gather against corruption.

He said this while talking to Pakistan Tehrik-e-Insaaf (PTI) delegation headed by senior leader and MNA Jahangir Tareen and including Ishaq Khan Khakwani and Abdul Aleem Khan and afterwards with media in Islamabad today.

Jahangir Tareen said that Sharif family has become billionaire, it will have to account for, struggle will continue till resignation of Nawaz Sharif, N-League ministers keep changing their statements.

Ch Parvez Elahi said that all will have to be agree on the national agenda brushing aside all difference, we all are getting together on national issue, Prime Minister Nawaz Sharif character doubtful in Panama Leaks, all parties will have to make their contributions for solving this matter and the matter should be taken to its logical conclusion. He said consultation has taken place with PTI senior leaders on various matters.

Jahangir Tareen further said that the political parties and the nation are demanding resignation of Nawaz Sharif, he will have to resign after all as there is no other solution of the issue.

Expressing gratitude to Ch Parvez Elahi, he said that talks have been held with him in good atmosphere, we are increasing contacts with political friends and parties, presently Panama Leaks are the biggest issue, PML and PTI are unanimous that all sorts of investigation should be held on these leaks, for this the people and the political parties will have to gather together, opposition jointly will take the matter to its logical conclusion, there is no mention of London Apartments in the declarations submitted to the Election Commission. # 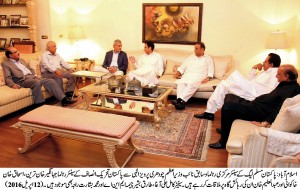 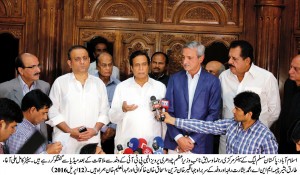