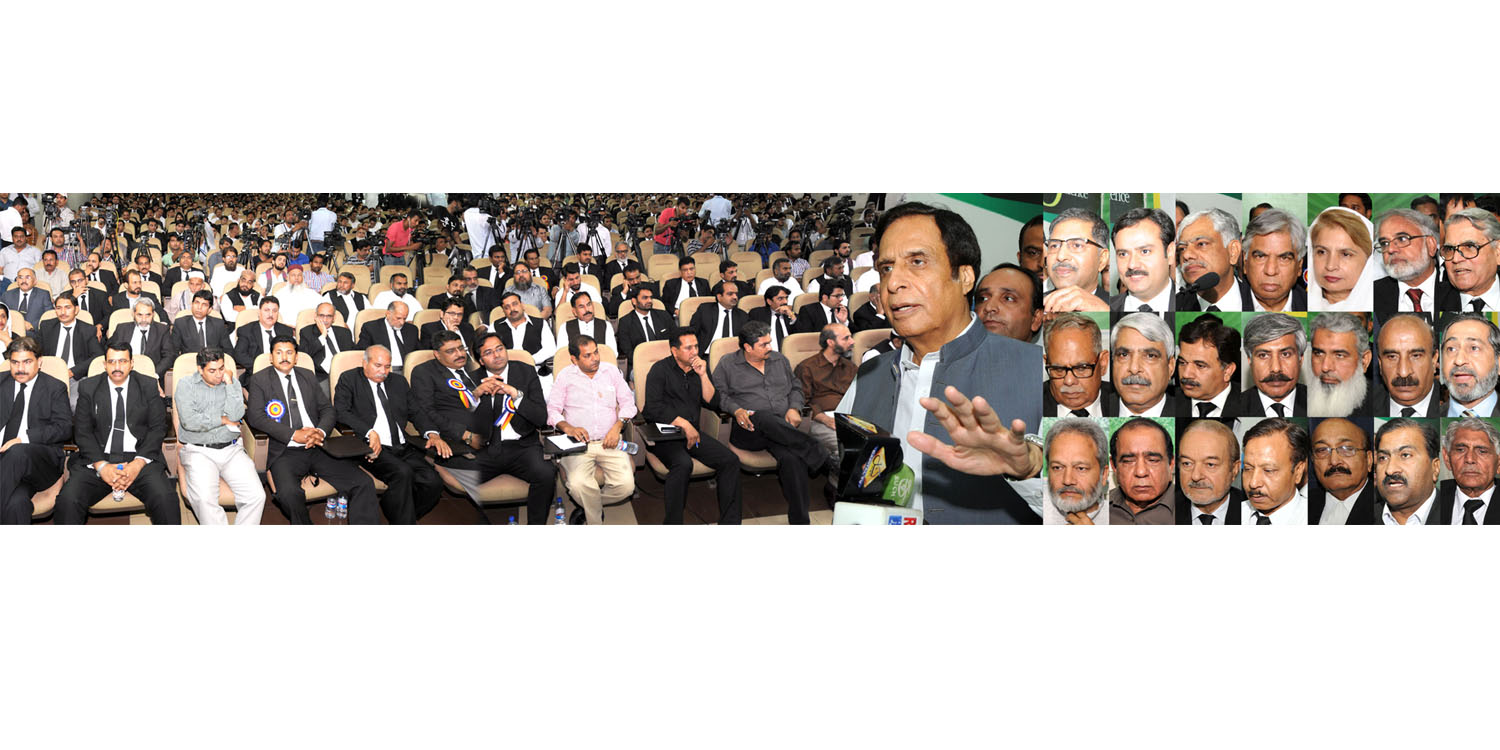 The biggest step of General Raheel Sharif against corruption

They said this while addressing the Lawyers’ Convention held under auspices of the PML at the Muslim League House here today.

Ch Parvez Elahi said that by starting process of accountability from his own institution General Raheel Sharif has proved he favours corruption free Pakistan and accountability of all, Panama Leaks wallahs and the facilitators will also be caught soon Insha-Allah, we strongly support the recommendations of the SCBA for probe.

The convention adopted resolutions for early construction of Kalabagh Dam and continuation of the operation against terrorism under leadership of the Amy Chief. Rana Abdul Waheed advocate announced joining of the PML along with his comrade lawyers on this occasion.

Ch Parvez Elahi further said that now time has come for medicine (dawa) alongwith prayers (dua) also, Panama Papers have fully exposed N-League rulers who will be put under accountability soon, their ministers have strange logic as statement of one do not match with the other minister.

He said during his Chief Minister-ship revolutionary works undertaken for the lawyers community included appointment of Public Prosecutors, establishment of the Consumers Courts, construction of new and modern building of Punjab Bar Council, provision of annual grant of Rs 40 lakhs to every district bar and Rs 5 lakhs to tehsil bar, construction of Judicial Complexes in all district headquarters, installation of two modern lifts costing Rs three crore in District Courts Lahore, provision of free medicines and operation facility for the lawyers community in all govt hospitals and also establishing of the residential colonies in all cities after Bahawalpur, Shehbaz Sharif on coming into power tried in vain to scrap all our incentives and facilities given by us to the lawyers and the journalists.

Ch Parvez Elahi said that he had got the Consumers Protection Act passed by the Punjab Assembly in 2005 and established the Consumers Courts even ahead of Europe and India but Shehbaz Sharif had put his plaques with photos on these also, he is master of fake works, after Ring Land, Land Record Computerization, Metro Train and other mega projects Shehbaz Sharif was also taking credit for establishing the consumers protection courts through his smiling face photos advertisements costing crores of rupees out of the provincial exchequer whereas lakhs of people have benefitted till now from these courts established by us and prayer for us.

Continuing Ch Parvez Elahi said the Terms of Reference of the Judicial Commission should also include that it will be binding on the govt to make public immediately the final report of the commission lest it is also put under the carpet like Justice Baqar Najfi report regarding Model Town tragedy. The former Punjab Chief Minister said that law and order system established by him in Punjab after 9/11 had been scrapped by Shehbaz Sharif and due to that only in Lahore 700 citizens have been killed during 8 years of Chief Minister-ship of Shehbaz Sharif apart from 14 people murdered on his orders in Model Town whereas it has now well-know that if the Rangers Operation on the asking of the army was started in Punjab in November 2015 then neither Gulshan-e-Iqbal Park incident would have occurred nor people martyred in Kacha area (Rajanpur).

He said master of fake works, corrupt and killer ruler of the Punjab have been fully exposed, he has no concern or pain for anyone, he tried to end 1122, and baton charged the blinds where we had given them special incentives.

Addressing the Convention, Syed Ali Zafar, Arshad Jhojha and Ans Ghazi said that the lawyers community greatly respects Ch Parvez Elahi for the services rendered by him in all sectors including health and education during his tenure, present rulers have completely failed to protect the life and property of the people, all including the rich and the poor should be given fair trial, Ch Parvez Elahi is the only politicians who was among the people when he was in power and did not flee the country when he came into opposition, politicians who went to Jeddah, Dubai and London come on a visit only to Pakistan. On this, the hall chanted with slogans of Go Nawaz Go. #