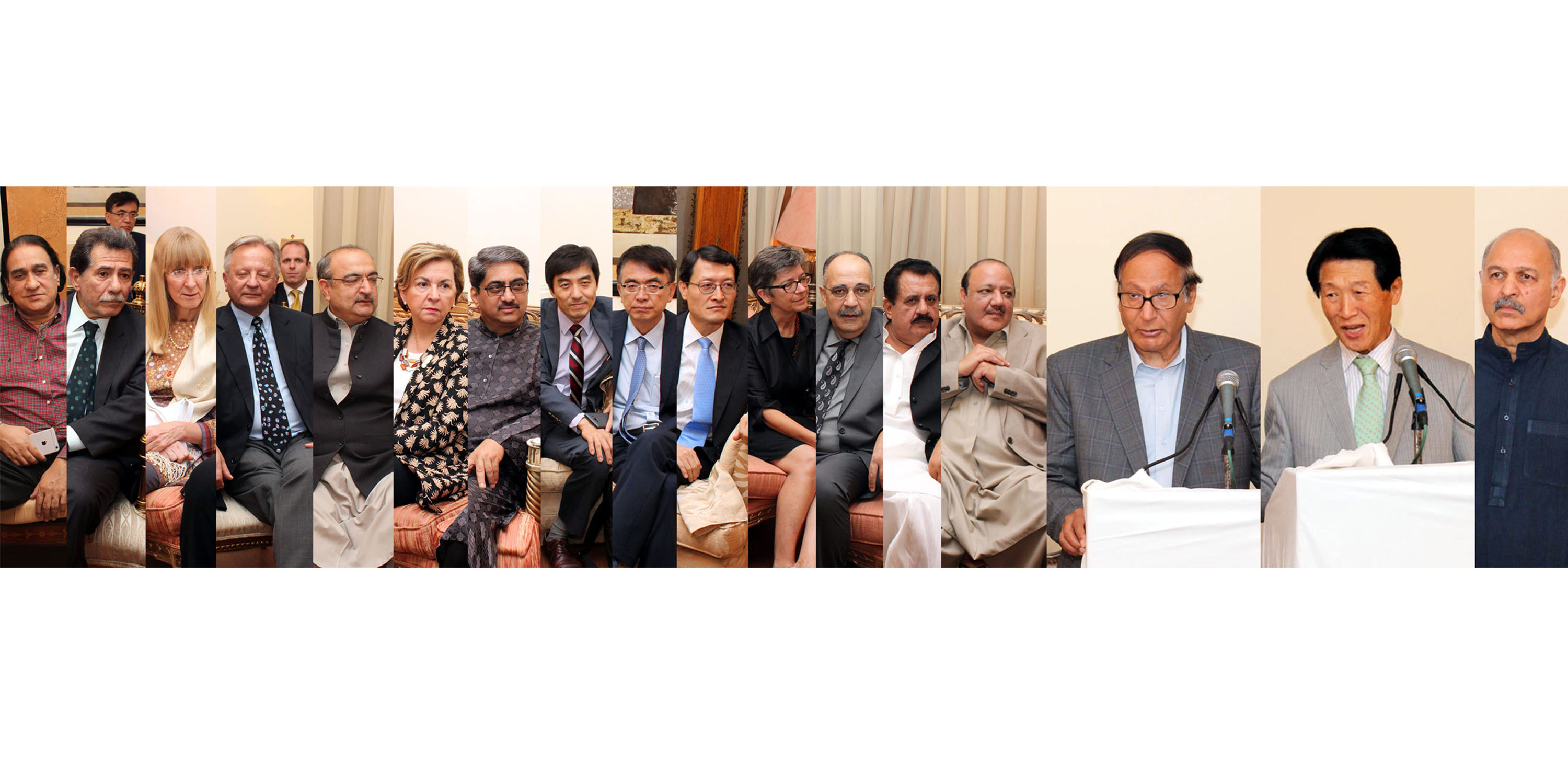 After 1982 thousands of Korean companies were established in Pakistan, address at farewell dinner

Islamabad/Lahore: 13-05-2016: Pakistan Muslim League (PML) President and former Prime Minister Ch Shujat Hussain has said that Pak-Korea relations are increasing and services of outgoing Korean Ambassador Dr Song Jong-Hawn in this regard are quite commendable.

He said that historical step of his worthy friend is introduction of direct flights from Seoul to Pakistan which will surely bring the two countries further closer to each other.

He said this while addressing farewell dinner hosted in honour of Dr Song Jong-Hawn at his residence in Islamabad. The dinner was also attended by Ch Wajahat Hussain, Senator Mushahid Hussain Sayed, MNA Tariq Bashir Cheema, diplomats of France, Germany, India, Spain, Palestine, Australia and other countries, Imtiaz Ranjha and other leaders.

Ch Shujat Hussain said that when he was appointed Consul General of Korea in 1982, he paid special attention for increasing relations between the two countries. He said he still remembers at that time only one Korean company had showed interest in establishing Picture Tube Project in Karachi whereas thousands of Korean companies are working in Pakistan now. He said that for making prominent efforts for promoting relations in different fields between the two countries, he was awarded by Korea the highest diplomatic award which is a great honour for him and for this he grateful for Korea.

He said further Dr Song has left deep impressions in the hearts of people of Pakistan through his great services during his short stay in Pakistan, he is not only a seasoned diplomat but he also tried to promote relations between the two countries through his writings for which he was given the title of prominent diplomat. He said that he and his colleagues were very much impressed by his article titled “Miracle of Indus” in which the Korean diplomat had compared Korea with Pakistan and expressed the belief that Pakistan has a bright future.

Expressing gratitude to the guests, he said we are bidding farewell to Dr Song today with heavy hearts. #