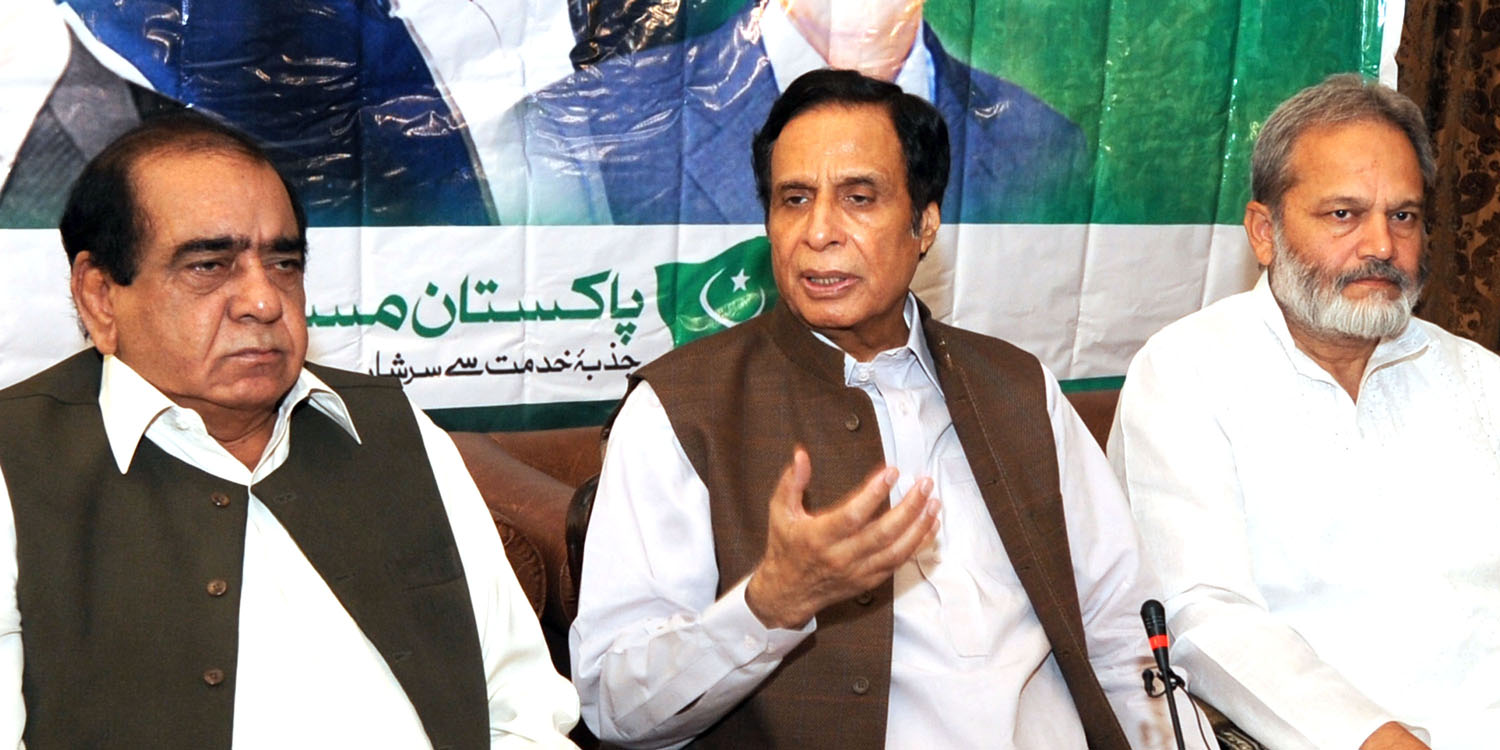 Mahmud Achakzai violated the Constitution and oath, should be proceeded against under Article 6: Ch Parvez Elahi

Pakistan played the biggest role in getting Afghanistan evacuated from Russian occupation, played host to 30 lakhs Afghan refugees for 37 years

Poor pensioners being pushed around outside the banks here and the ruling family doing shopping in the costliest stores of London, press conference

Lahore: 03-07-2016: Pakistan Muslim League (PML) senior central leader and former Deputy Prime Minister Ch Parvez Elahi has said that ally of Nawaz Sharif, Mahmud Achakzai has violated the Constitution and oath in the National Assembly by talking against security and solidarity of Pakistan as such action against him under Article 6 is essential because this is a matter of security and safeguarding of Pakistan and all patriotic parties and persons including the opposition should take action in this regard.

Addressing a press conference along with Mian Muhammad Munir and Azeemuddin Lakhvi at his press conference here today, Ch Parvez Elahi said that Pakistan had played the greatest role in getting Afghanistan evacuated from Russian occupation during Ziaul Haq regime, played host like brothers to 30 lakhs Afghan refugees for 37 years, statement of Mahmud Achakzai amounts to treason with blood of Pakistani army jawans and the people who laid down their lives for liberation of Afghanistan, he had displayed hostility towards Pakistan by not condemning attack on the Ziarat residence of the Quaid-i-Azam and criticizing Pak Army and Pakistan over Pathankot attack whereas Mahmud Achakzai, his family and all of us Pakistanis are today what we are because of Pakistan, this is his and our entity.

He said that Pak Afghan international border is recognized by the entire world and the Supreme Court verdict is also there, UNO also had declared Afghans who had migrated to Pakistan after Russian occupation as refugees because Durand Line was the international border, NATO containers are checked on the border.

Describing the silence of Mahmud Khan Achakzai’s ally Nawaz Sharif and his party as quite meaningful, Ch Parvez Elahi said that his (Mahmud Achakzai) statement reflects the mindset of Nawaz Sharif govt, when Nawaz Sharif will FIR of Pathankot attack registered in Gujranwala then his ally will see Khyber Pukhtoonkhwah as of the Afghanis. He said Durand Line is the international border since 1893, whole world has never termed it as controversial, Pak-Afghan agreements also endorse it. He said why Mahmud Achakzai is forgetting that after Almighty Allah, Afghanistan has been saved because of Pakistan otherwise it had been occupied by Russia.

Responding to questions from the media people, Ch Parvez Elahi said that poor pensioners are being pushed around outside the banks ahead of Eid in Pakistan whereas Prime Minister Nawaz Sharif and his family is doing shopping in the costliest stores of London.

At the very outset of his talk, Ch Parvez Elahi expressed heartfelt grief and sorrow over losses of lives and property due to floods in Chitral and conveyed his sympathies for the flood hit people. # 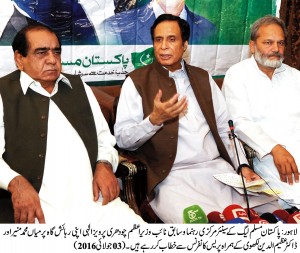