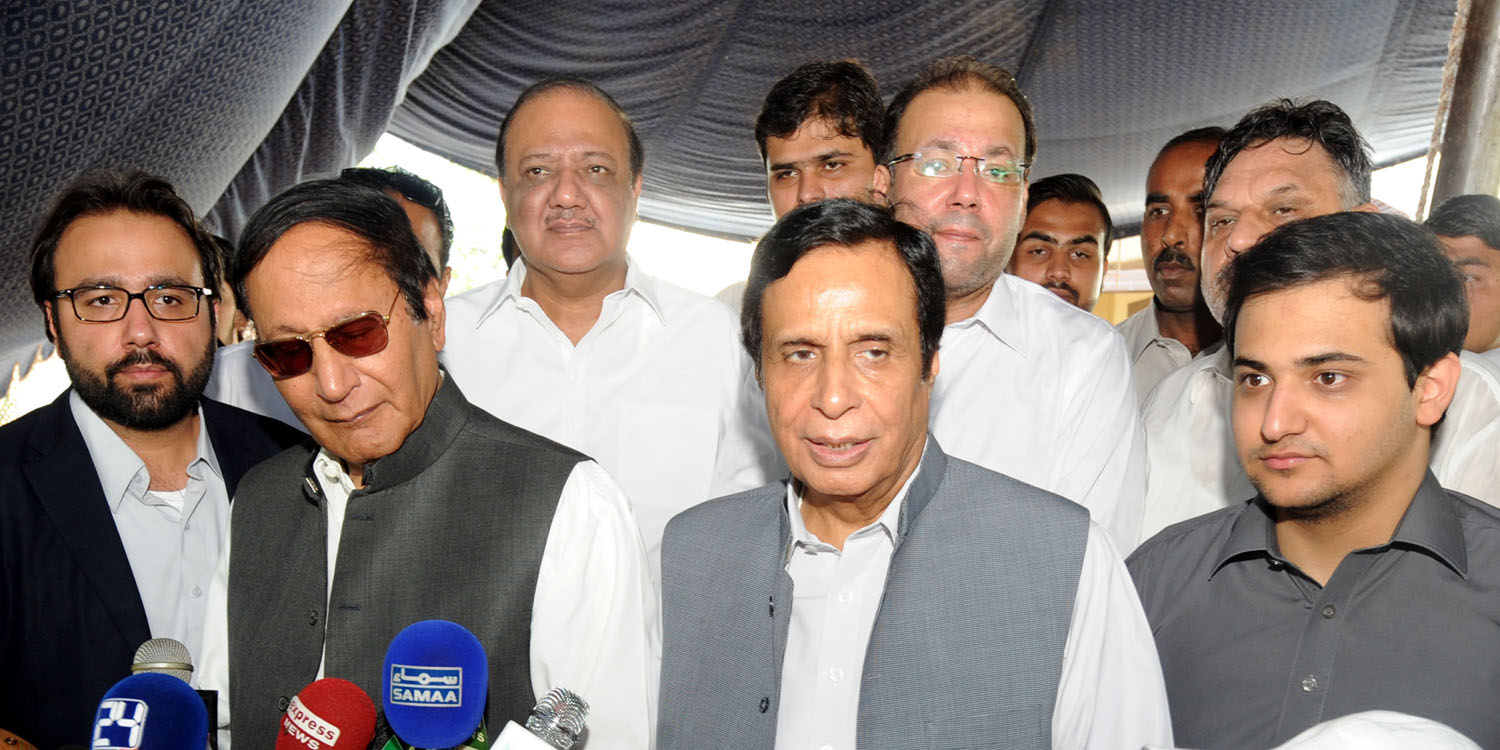 For transparent election rulers should not be allowed to constitute Election Commission of their choice: Ch Shujat Hussain, Parvez Elahi

Instead of collecting funds for welfare works through DCOs and DPOs, the rulers should set govt hospitals right

After Eid entire attention of the opposition will be on Panama Leaks, unity and consensus against enemies of Islam and Pakistan dire need of the time, talk in Lahore

Lahore: 08-07-2016: Pakistan Muslim League (PML) President and former Prime Minister Ch Shujat Hussain and senior central leader and former Deputy Prime Minister Ch Parvez Elahi have said that for holding of next rigging free, fair and transparent election in the country, the rulers should not be allowed to constitute Election Commission of their own choice, Parliamentary Committee for selection of the Election Commission members should include representatives of all parties.

They said this while talking to party leaders and workers, prominent personalities and media representatives who came to wish them Eid greetings at their residences in Lahore and Gujrat.

They said that instead of collecting funds in the name of welfare works through DCOs and DOPs, the Punjab rulers should set the govt hospitals right where patients do not get free medicines and tests facilities like our tenure and rather they have to run around there worriedly.

The PML leaders further said that the govt is resorting to every tactic to get rid of Panama Leaks and the Parliamentary Committee is not being allowed to reach any conclusion, but after Eid entire attention of the opposition will be on Panama Leaks.

They said that unity and consensus against enemies of Islam and Pakistan is the greatest need of the time, suicide blasts and terrorist activities in Saudi Arabia demand attention and joint measures by entire Muslim Ummah.

They said that how much the rulers of Pakistan are interested in the problems of the people and concerned about welfare of those offering sacrifices for Pakistan and serving the nation can well be judged from enemies like treatment with elderly pensioners on Eid.

Ch Shujat Hussain, Ch Parvez Elahi, Ch Wajahat Hussain and other family members offered Eid prayers along with party leaders, office-bearers, representatives of all spheres of life and thousands of the faithful workers of party in Gujrat. After Eid prayers, large number of people exchanged greetings and embraced the PML leaders warmly. They also visited Bhattian graveyard where they placed wreaths and offered fateha on the graves of Ch Zahoor Elahi Shaheed, Ch Manzoor Elahi and other departed souls of the family. # 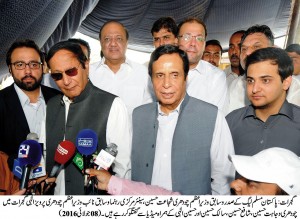