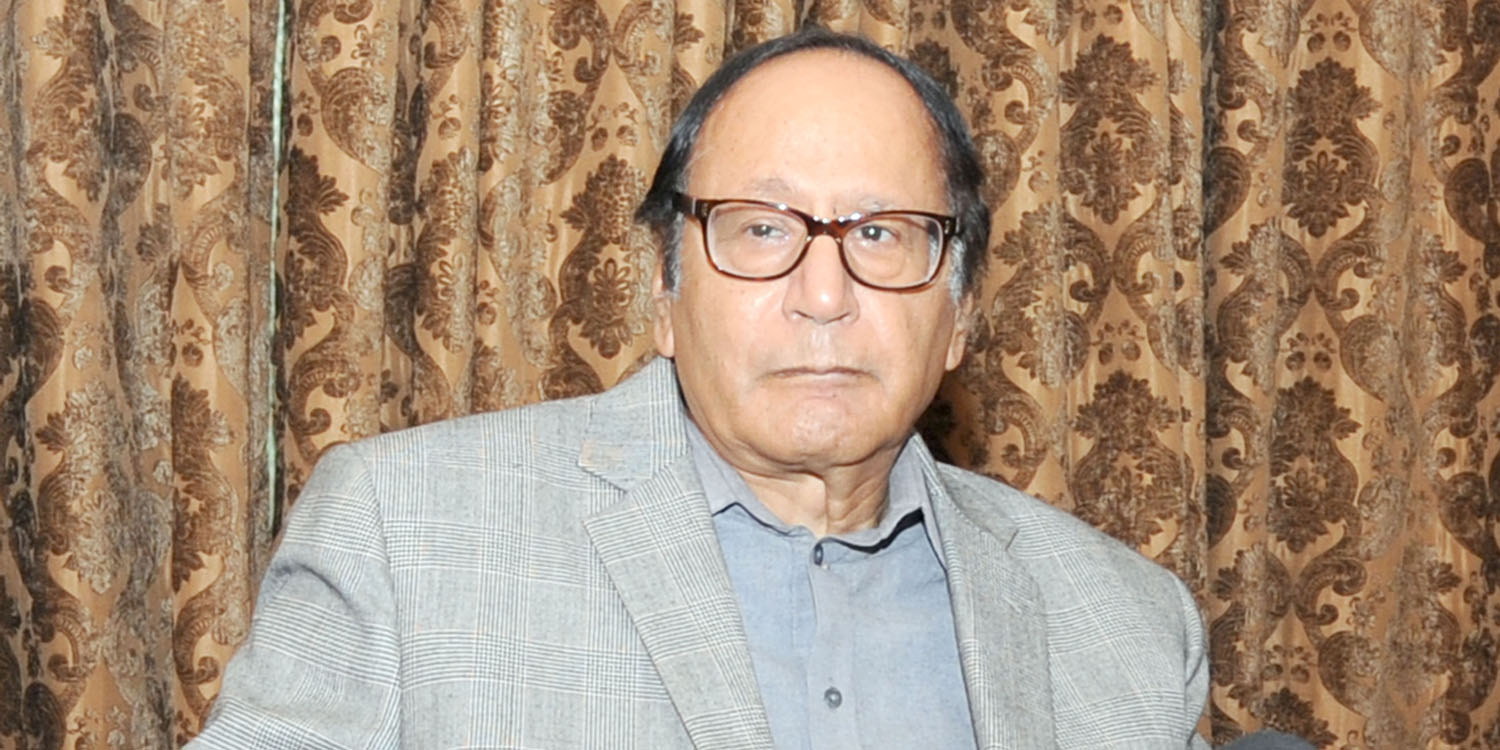 Bold decisions will have to be taken according to wishes of Kashmiris going beyond “Atoot Ang”, “Kashmir Baney Ga Pakistan”: Ch Shujat Hussain

Lahore: 17-07-2016: Pakistan Muslim League (PML) President and former Prime Minister Ch Shujat Hussain has condemned in the strongest words Indian atrocities and oppression in occupied Kashmir and weak attitude of Pakistan Government and said that the rulers of Pakistan and India will have to go beyond formal traditional statements of “Kashmir Hamara Atoot Ang” and “Kashmir Baney Ga Pakistan” and take bold and courageous decisions according to the wishes of the Kashmiris.

Addressing a press conference here today, he said that in Turkey consistent performance of Tayyip Erdogan and as a result of that prosperity of the poor and economic strength has paid dividends.

Responding to a question about peoples’ reaction in Turkey, he said that when Tayyip Erdogan came into power in 2003 then Turkey was under debt of 25 billion dollars, through hard work and concerted efforts he gave prosperity to the poor people of Turkey, improved the economy, cut off IMF and in fact now Turkey lends loans to IMF.

He said during visit to India at the invitation of Indian Prime Minister Manmohan Singh, he had also stated in the meeting with him (PML Leader) that we will have to take bold decisions for peaceful solution of Kashmir issue irrespective of whether these decisions are popular among the people or not.

Ch Shujat Hussain said if the govt wants to get any resolution passed, it is approved in seven days but we are consoling the Kashmiris by repeatedly saying same sentences, our rulers are in deep slumber over bloodshed and atrocities in occupied Kashmir whereas Chairman Kashmir Committee is snoring and instead of working on Kashmir cause, he is after the “pajama” of Panama, the govt should send its ministers busy in enjoying food in Islamabad throughout the world to do lobbying for Kashmir cause and highlighting Indian atrocities, someone may heard our voice.

Ch Shujat Hussain said the assurance of giving right of self-determination to Kashmiris by Prime Minister Nehru has not been fulfilled even till today and ink of the resolutions over this issue of the UN Security Council is also about to vanish.

Replying to another question, Ch Shujat Hussain said that the govt is going along due to interest and egoism of our opposition, if nine stars of PNA had succeeded against the govt and still success can come through unity.

About illness of Nawaz Sharif, he said MashaAllah, he has recovered, “I had sent a bouquet for him and also enquired about his welfare”.

He said if members with clean and strong characters are not selected for Election Commission and opposition parties do not unite then the next election also once again be rigged like 2013 rigging. # 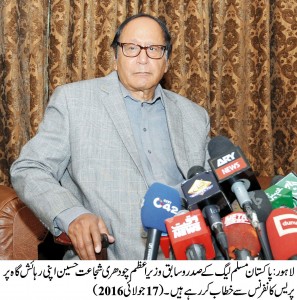