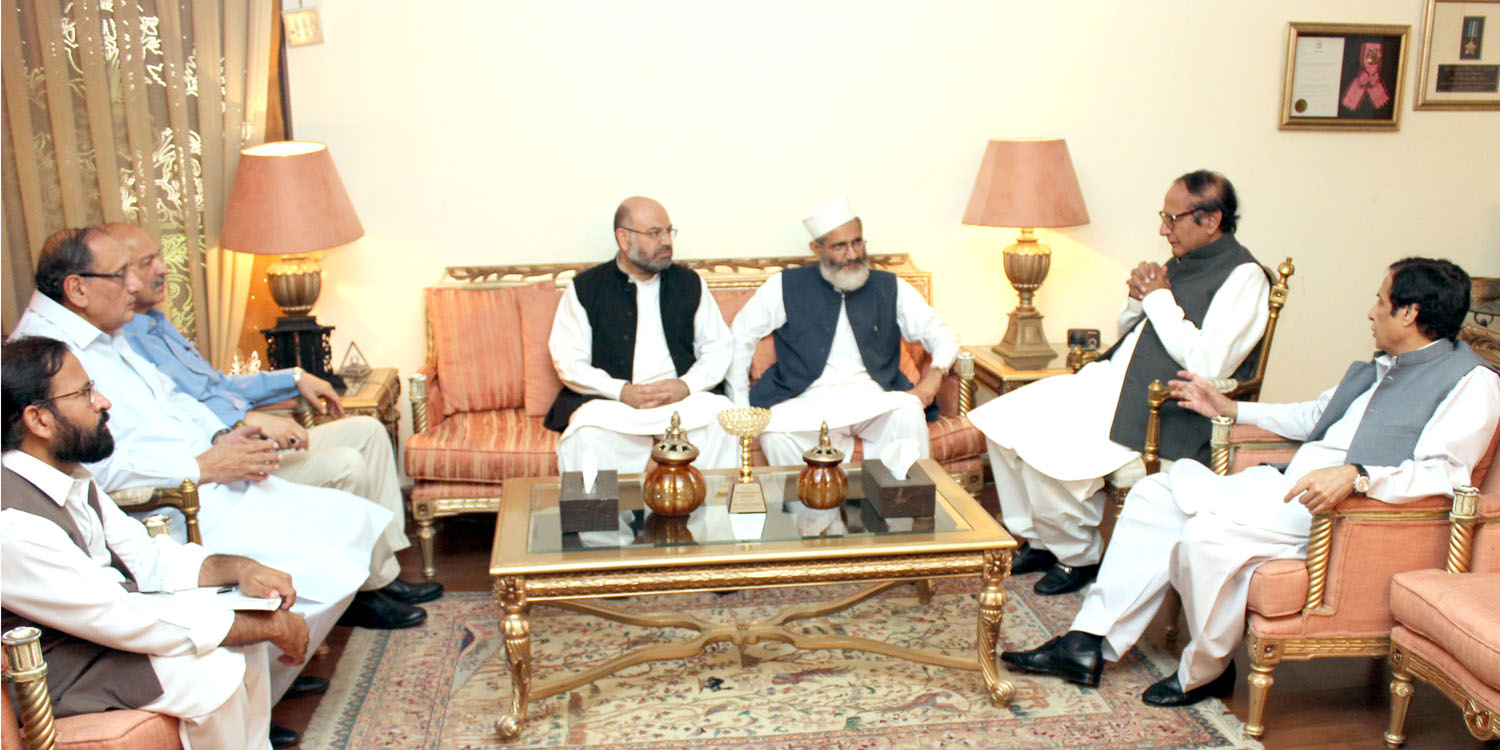 Opposition must have one platform and unanimous agenda

PML to participate in APC on Kashmir, Election Commission and Panama Leaks issues also to be discussed

Senator Sirajul Haq invited Ch Shujat Hussain for participation in All Parties Conference (APC) On Kashmir issue to be held on July 27 which he accepted. Since all opposition parties will be present in the conference as such after the Kashmir issue, appointment of Election Commission members and Terms of Reference (ToRs) for Panama Leaks probe commission issues will also be discussed.

Ch Shujat Hussain and Ch Parvez Elahi said that all opposition parties must have one platform and unanimous agenda. They said that such parties which are really opposition parties should come forward, if opposition is not united and unanimous on one agenda and platform then it will not be able to achieve desired results as such the opposition should decide about future line of action together, likewise if honest and impartial personalities are not included in the Election Commission then there will be no guarantee about next election to be fair and transparent. # 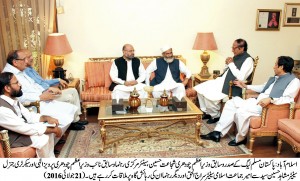