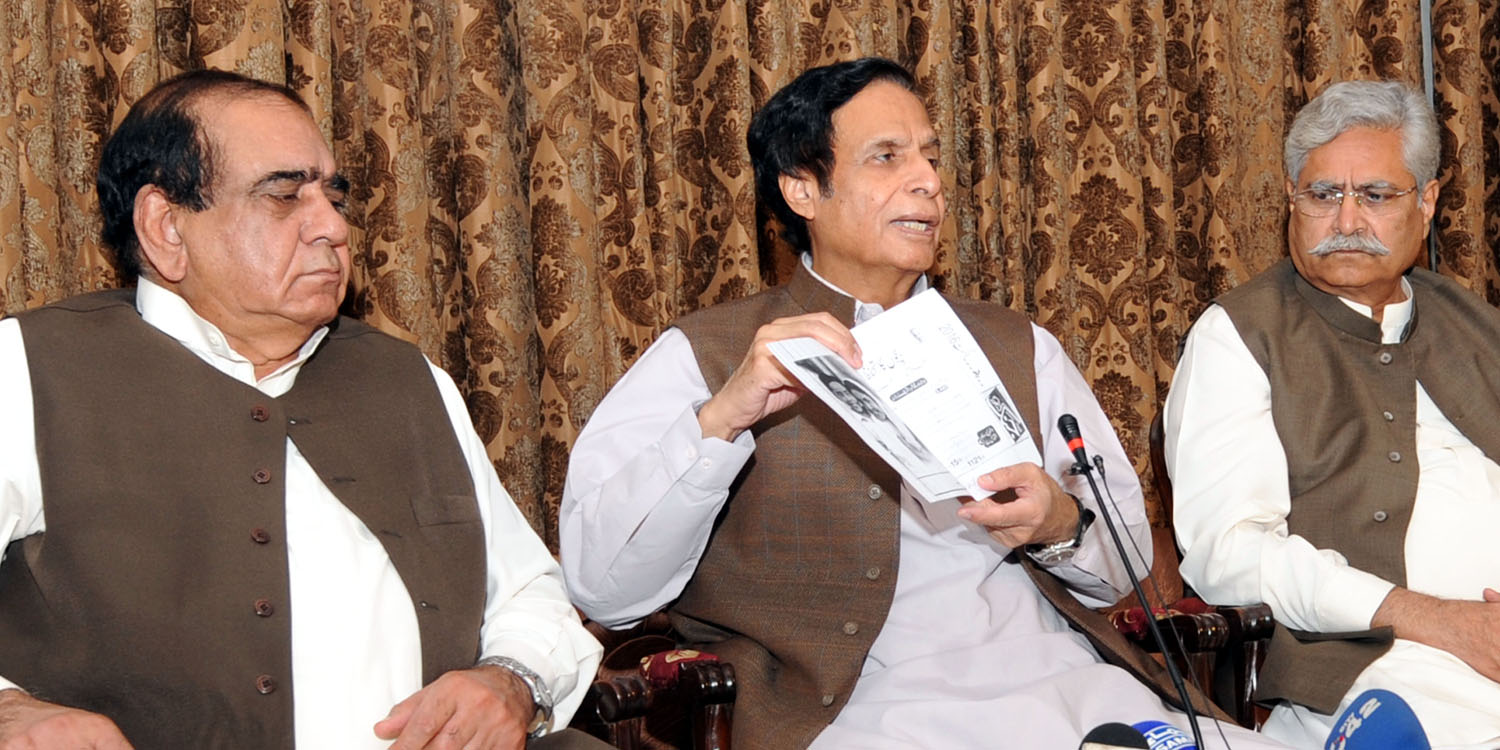 Our local train cheaper project stopped as dollars were not made, our every institution including the child protection institute destroyed, those who killed 14 persons are not concerned about children kidnapping, to hush up the matter figures about children kidnapped and run away from homes are being mixed up, press conference

Lahore: 21-08-2016: Pakistan Muslim League (PML) senior central leader and former Deputy Prime Minister Ch Parvez Elahi Ch Parvez Elahi welcoming the Lahore High Court verdict on Orange Line has said this has proved truth of our stand, Shehbaz Sharif is responsible for illegal constructions as such huge loss of provincial exchequer should be recovered from him, our local train cheaper and profit yielding project was stopped by them because dollars were not being made and commission injection was not there, those who killed 14 persons have no concern about kidnapping of children, they are mixing up and jumbling up figures of children kidnapped and runaways to hush up the matter.

He expressed these views while addressing a press conference along with senior PML leaders Ch Zaheeruddin Khan and Mian Munir at his residence here today.

Ch Parvez Elahi said that Lahore High Court has saved national historical heritage of Lahore from destruction by Shehbaz Sharif whereas Justice Shahid Karim in his additional note has termed protection of historical heritage as fundamental right of the citizens, this verdict has confirmed our stand that Orange Line project was started without any proper planning whereas our 97 kilometers long four lines underground local train project was comparatively lesser in cost, subsidy free, corruption free, less mark up, less fare and free from all defects which have been pointed out by the Lahore High Court and Archaeology Department was also duly consulted.

Ch Parvez Elahi further said that every citizen is worried over alarming increase in cases of kidnapping of children in Punjab, 600 children, out of which 300 are from Lahore alone, have been kidnapped in just three to four months and the Supreme Court had take sou motto notice of the matter but Punjab Govt is holding children’s parents responsible for kidnapping of their children.

He said for protection of children during our tenure Child Protection Bureau was established on June 22, 2004 and institutions set up under it, if these institutions were allowed to work properly then such a situation would not have been created in Punjab today.

Showing the government advertisements to the media people, he said that Shehbaz Sharif is trying to take the credit for establishing these institutions whereas like our projects after failing to close these had destroyed them while in our established Child Protection Centers besides free upbringing best education was being provided to 20 thousand children, no children were seen begging on the roads and children kidnapping cases were also negligible.

Responding to a question, Ch Parvez Elahi said that the rulers projects have not yet started generating electricity but they have started making dollars, instances of Quaid-i-Azam Solar and Nandipur power projects are before everyone. # 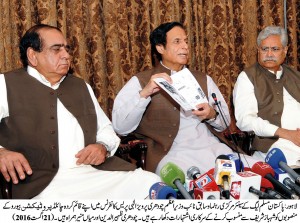