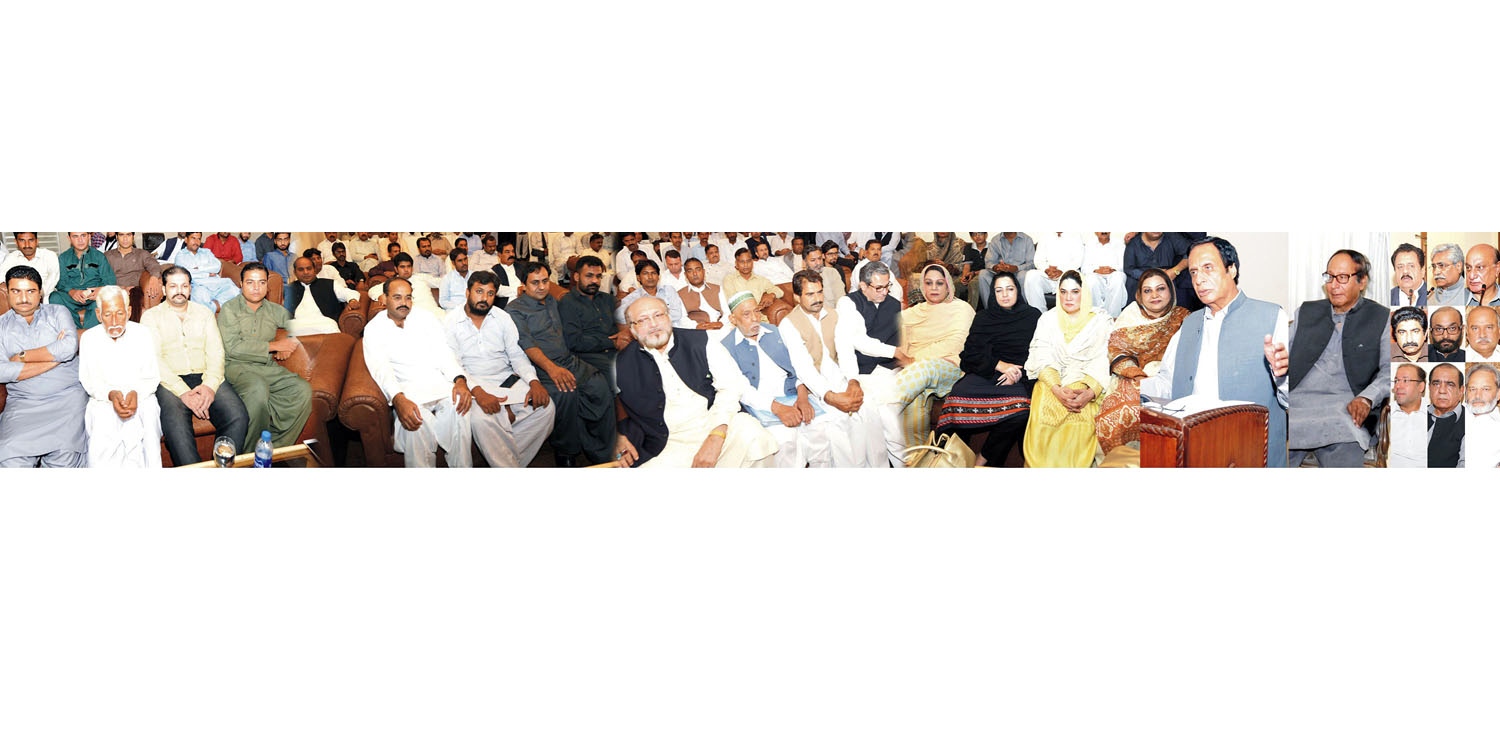 All parties are convinced about political wisdom and patriotism of Ch Shujat Hussain and Parvez Elahi, address of Tariq Bashir Cheema, Ch Zaheeruddin and Basharat Raja

They said this while addressing high level meeting of their party’s assembly members, district presidents and general secretaries which was held regarding preparations for September 3 rally at Ch Zahoor Elahi House here today. At the very start, fateha was offered for departed souls of Ch Anwar Cheema and other PML leaders.

Ch Shujat Hussain and Ch Parvez Elahi said that they had always got guidance and support of late Ch Anwar Ali Cheema and they are greatly missing him today.

They said that due to Panama Leaks, rulers’ ignorance of national interests, lack of interest in peoples’ problems and attitude towards anti-State elements, there is uproar in the country; the rulers will have to account for Model Town tragedy.

They said that the opposition parties have unitedly announced struggle against rulers, for participation in September 3 rally Pakistan Tehrik-e-Insaaf (PTI) chief Imran Khan had telephoned them and later sent party delegation. PML has decided that its leaders will reach Shahdara Chowk and participate actively in the rally up to Faisal Chowk (Chairing Cross) while a procession of PML will also reach Faisal Chowk from Muslim League House. Mian Munir has been named the Coordination Secretary for the rally.

Addressing the meeting, MNA Tariq Bashir Cheema, Ch Zaheeruddin and Muhammad Basharat Raja said that the circumstances in the country are fast changing, all opposition parties are ready to launch movement unitedly against the government, process of accountability is going to start shortly, present government is taking last breaths, all other political parties duly recognize PML leadership patriotism, political sagacity and wisdom due to which they have an important status and role in national politics.