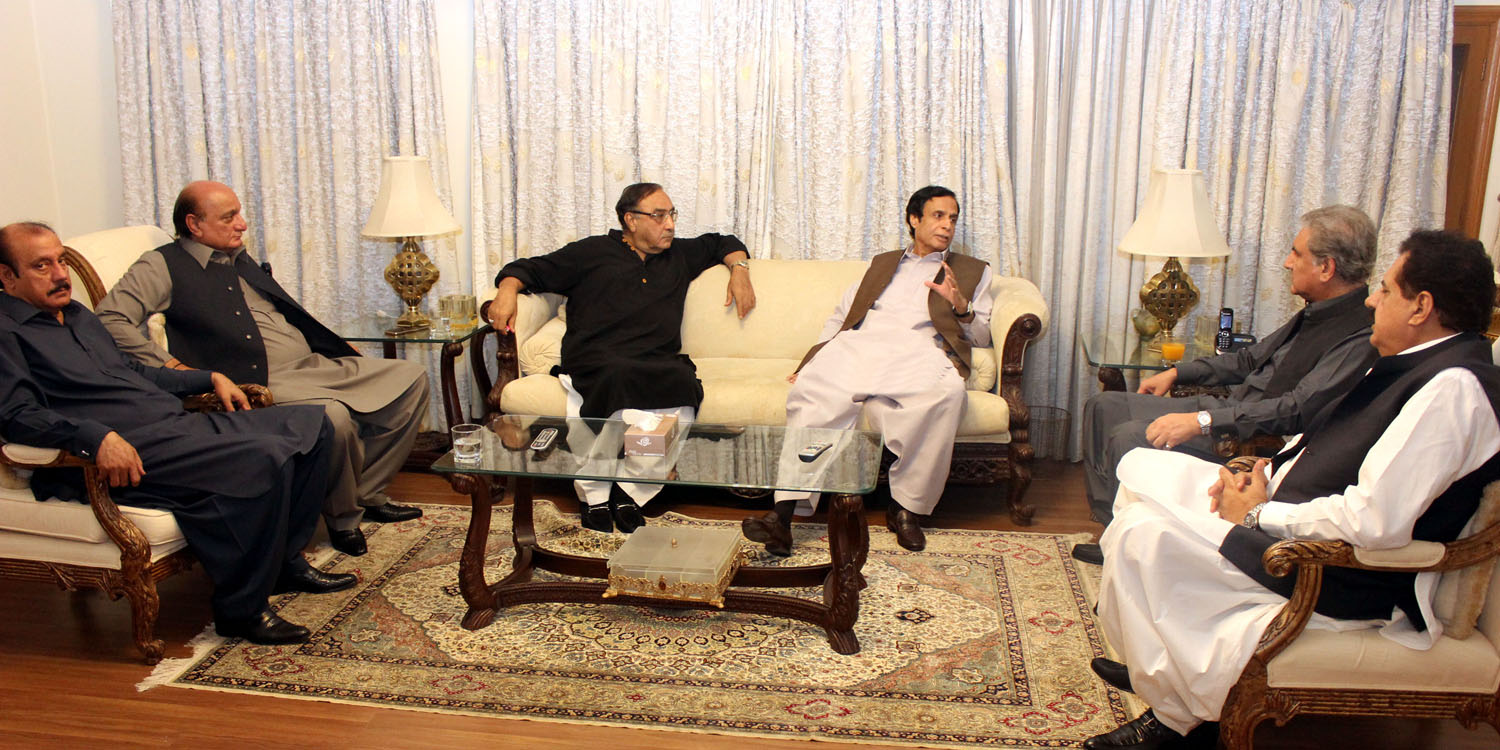 Modi and Nawaz Sharif are on one page, all opposition parties will have to come one page with Imran Khan: talk with media

Ch Parvez Elahi further said hat in the prevailing circumstances no Muslim Leaguer can remain silent, coming out in the field is the voice of heart of every Muslim Leaguer against those not merely talking but also doing practical work against the country and national institutions. Those loving their motherland should not lag behind in the struggle against and for safeguarding Pakistan and national institutions PTI and all patriotic opposition parties should work together, he added.

Shah Mahmood Qureshi while talking to media told that he had come to extend felicitation to Ch Shujat Hussain and Ch Parvez Elahi on their success in the party elections. Expressing gratitude for supporting sit-in, he said PML had adopted concrete and categorical stand over Panama Leaks, in the ToR Committee on the direction of Ch Shujat Hussain and Ch Parvez Elahi their party representative Tariq Bashir Cheema played very important and active role and presented his party stance in very categorical manner which was also our party’s stance.