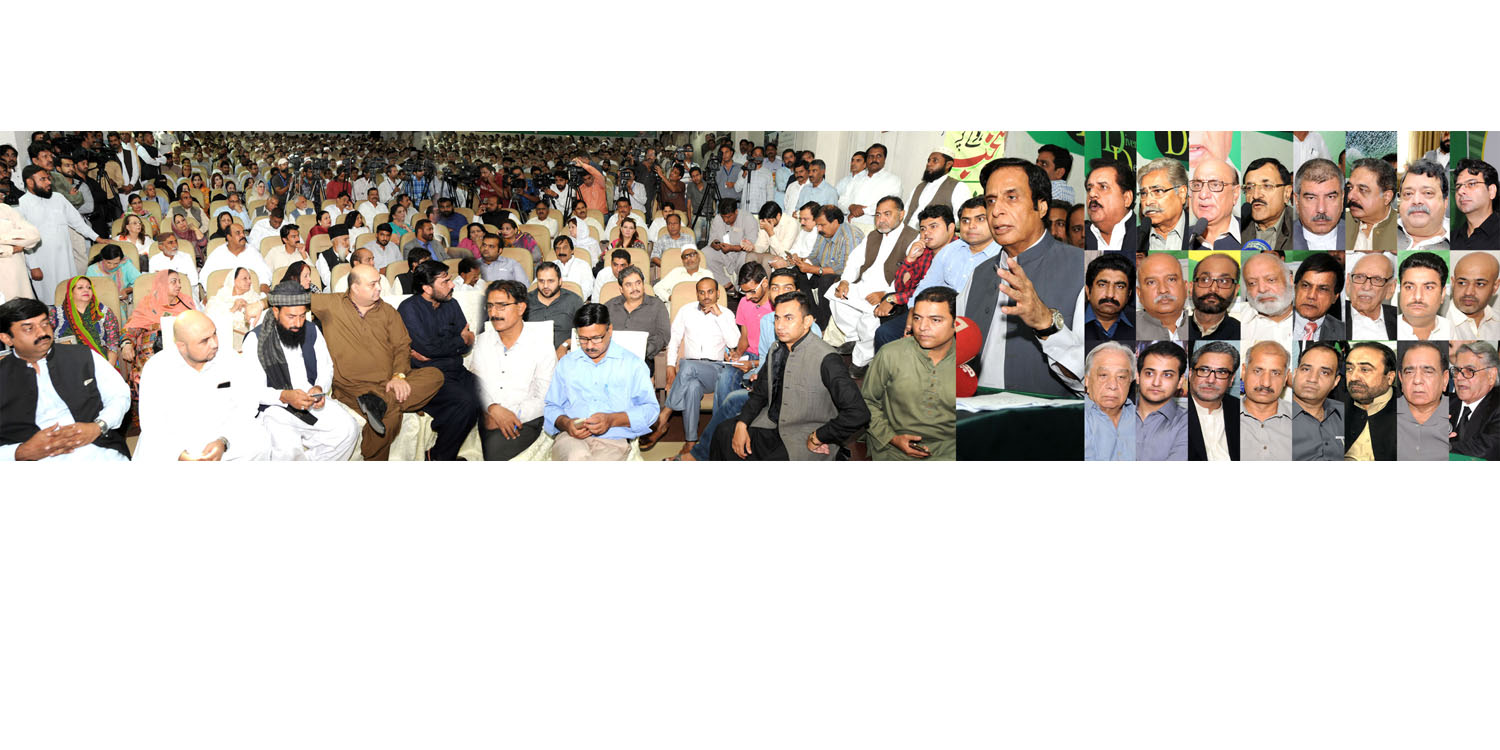 Attacks on borders, terrorism in Balochistan, proof of Modi and Pakistan rulers being on one page: Ch Parvez Elahi

Rulers and corruption have crossed all limits, every supporter of Pakistan and poor people should reach Islamabad, Sunni Itehad and Majlis Wahdatul Musalmeen will join sit-in

Lahore: 27-10-2016: Pakistan Muslim League (PML) senior central leader and former Deputy Prime Minister Ch Parvez Elahi has said that in the prevailing circumstances Indian attacks on the borders and terrorism in Balochistan are proof of Indian Prime Minister Modi and Pakistani rulers being on one page.

He announced in enthusiastic slogans that if the rulers stopped those going to Islamabad on November 2 then sit-ins will be staged everywhere and entire country will be locked down.

He said this while addressing consultative meeting of party’s assembly members, district office-bearers, ticket holders and other leaders and afterwards talking to media at the Muslim League House here Thursday. Meeting was also enthusiastically addressed by MNA Tariq Bashir Cheema, Muhammad Basharat Raja, Ch Zaheeruddin, Major ® Tahir Sadiq and other leaders. Paying great homage to the party leadership, they said that they have always given preference and importance to Pakistan and the people and this is hallmark of every Muslim Leaguer.

Ch Parvez Elahi said that lies and corruption of the rulers have crossed all limits, every supporter of Pakistan and the poor should reach Islamabad, they have destroyed the image of the country, their offices are hub of conspiracies, this is a question of Pakistan, we are establishing contacts for bringing more and more opposition parties at one platform, Sunni Itehad and Majlis Wahdatul Musalmeen have also to be with us in the sit-in.

Ch Parvez Elahi said sit-in poses no threat to democracy but Nawaz Sharif and his supporters are threat to Pakistan, those talking in the language of Modi why they are silent over terrorism in Balochistan. He said they have invited IMF President for praising them but the IMF chief has also demanded probe into Panama Leaks, what sorts of Muslims they are that they keep on telling lies and more lies, their lie has been caught but they do not to go to their home.

Expressing gratitude to workers and leaders, he said that he is witnessing a new spirit among them and they are becoming active, he also expressed gratitude to the party for electing unopposed Ch Shujat Hussain as the President, our government served the common and poor man and that makes our party, leaders and workers prominent among other parties.

Ch Parvez Elahi on being elected as the Provincial Party President was warmly greeted on arrival at the Muslim League House with loud slogans and profusely garlanded.