Breaking News
Home / News / English News / There is still time, rulers should come to senses, how many arrests they will make: Ch Parvez Elahi 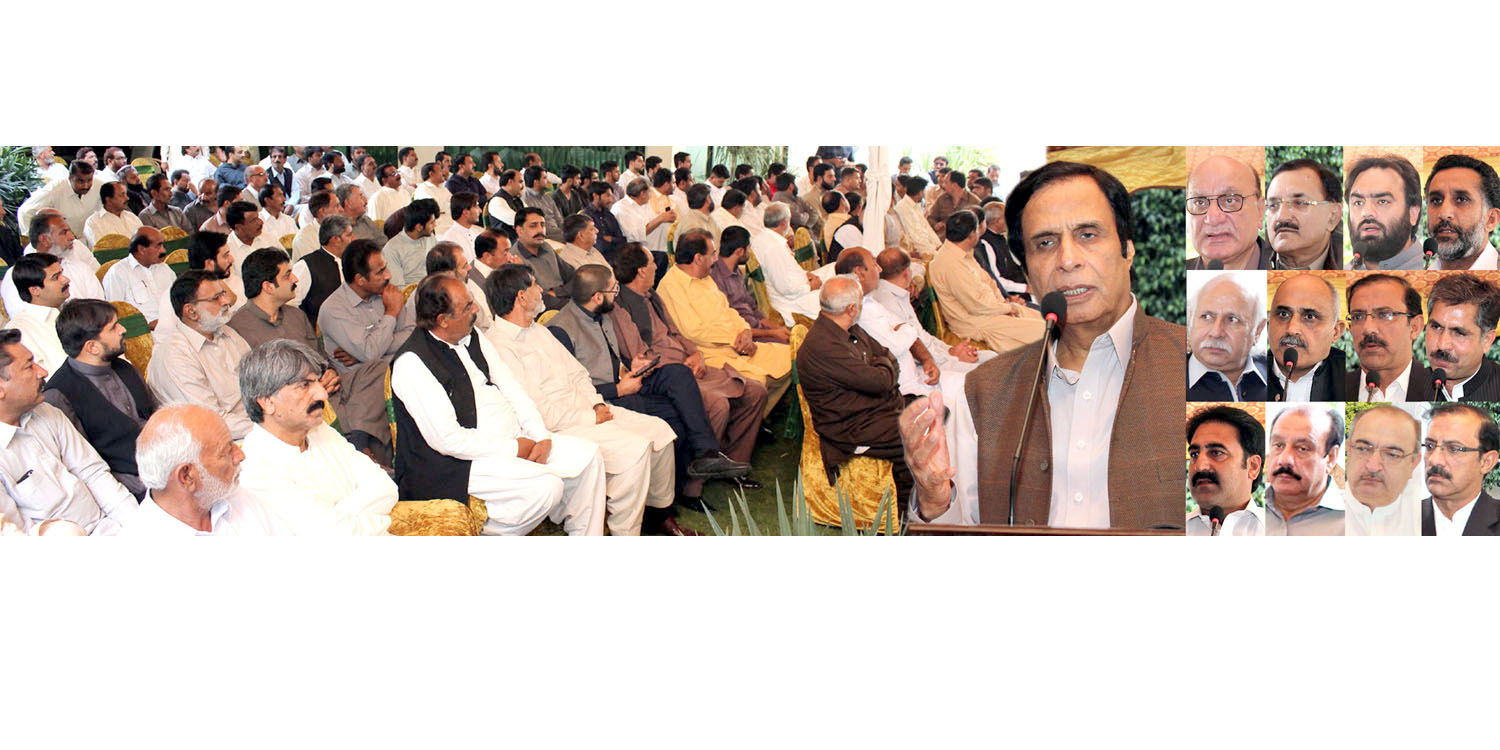 There is still time, rulers should come to senses, how many arrests they will make: Ch Parvez Elahi

Opposition parties should not consider it tamasha, government intensions have come to fore, move forward for safeguarding national security and institutions

Islamabad/Lahore: 28-10-2016: Pakistan Muslim League (PML) senior central leader and former Deputy Prime Minister Ch Parvez Elahi has said that rulers only stopping political workers particularly women resorting to torture and making arrests without discrimination stil;l have time to come to senses, for how many arrests they will make and how long.

Reacting quite emotionally and chanting slogans, the audience said they are not afraid of arrests and jails, they are workers of Pakistan Muslim League and come in the field in defence of the motherland.

Appreciating their sentiments, Ch Parvez Elahi said that opposition parties should not consider undemocratic and violent activities of the rulers “tamasha”, their intentions have come in the open, they should move forward for safeguarding security of Pakistan and national institutions and fully participate in November 2 protest. He said we have been arrested and been to jails, they cannot make us afraid of these anymore. #