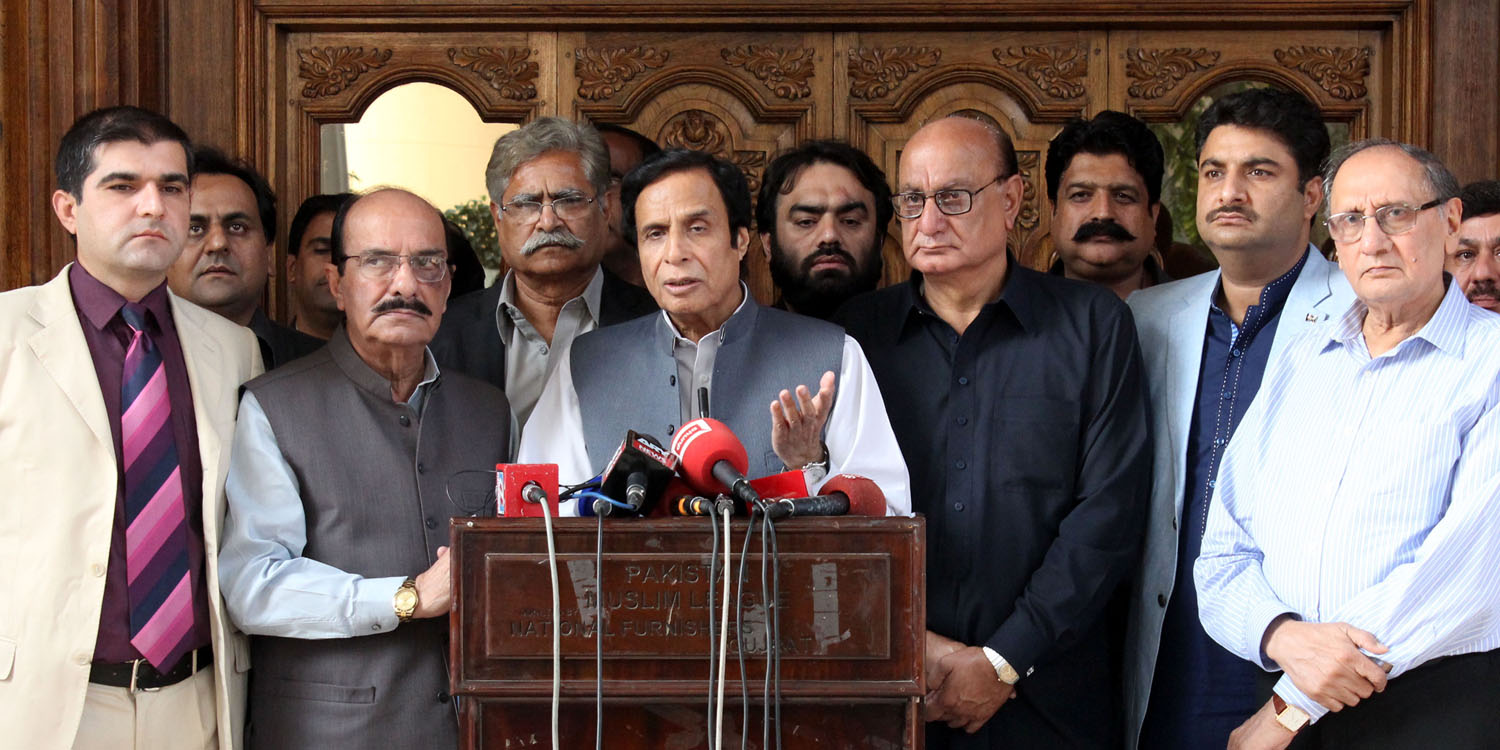 All parties should come out to struggle for security of Pakistan, siege of Imran Khan house is deplorable: Ch Parvez Elahi

Surrounding of our MNA Tariq Bashir Cheema is continuing, MPA Vickas Mokal and more than 800 workers have been arrested, and rulers will not be able to stop peoples’ sea

National security has been breached for the first time, how can a minister can stop news released by the emperor, Muslim League flags and not Kalashnikovs were in truck, talk with media along with PML leaders

Islamabad/Lahore: 31-10-2016: Pakistan Muslim League (PML) senior central leader and former Deputy Prime Minister Ch Parvez Elahi has said that all opposition parties should come out for united struggle, the rulers will have to go now, for security of Pakistan, siege of Imran Khan’s house is deplorable.

He said this while talking to media along with Senator Kamil Agha, Ch Zaheeruddin, Muhammad Basharat Raja, Hafiz Ammar Yasir, Khurram Munawar Manj and other leaders at his residence in Islamabad Monday.

Ch Parvez Elahi said police has surrounded residence of our MNA Tariq Bashir Cheema since yesterday whereas MPA Vickas Mokal and more than our 800 workers have also been arrested despite this the rulers will not be able to stop peoples sea on November 2, national security has been breached for the first time in the history of the country, how could a minister stopped news released by the emperor (shahinshah).

He said that Imran Khan and our party have launched the struggle together to save Pakistan, yesterday police stopped a truck which was bringing Muslim League flags, there were flags and no Kalashnikov.

Ch Parvez Elahi said there is chaos in Pakistan and Punjab all around, what for section 144 has been imposed, no procession or meeting is being held in Punjab, these rulers act in this manner before going to Jeddah, Nawaz Sharif has tried to save his chair by sacking Pervaiz Rasheed, it is like leave the killer and search for weapon with which murder has been committed, Nawaz Sharif has shaken the foundations of Pakistan, he is speaking Modi’s language, whosever names were mentioned in Panama Leaks all except him have resigned, this struggle will not stop by arresting workers, raids are being conducted at the residence of our Senator Kamil Ali Agha for causing harassment to him. # 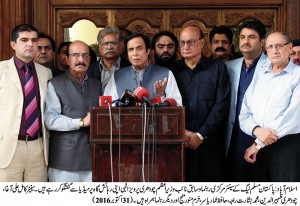