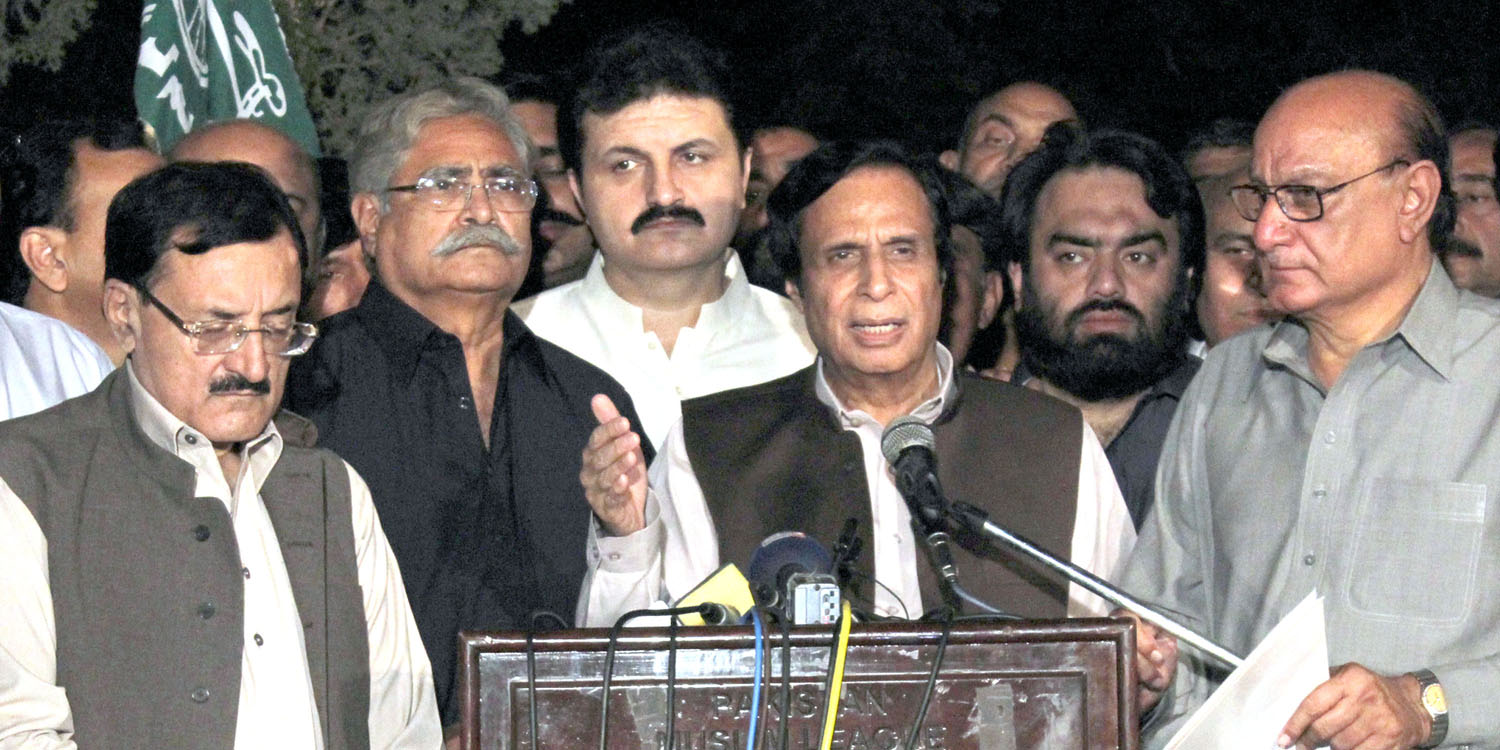 Panama Leaks and those endangering national security will have to be accountable: Ch Parvez Elahi

Hopefully Judicial Commission of Supreme Court will complete process of accountability soon, Islamabad do not belong to Nawaz, Shehbaz Sharif

Our thousands of workers are in jails, pay tributes to workers coming on foot, press conference

Islamabad/Lahore: 01-11-2016: Pakistan Muslim League (PML) senior central leader and former Deputy Prime Minister Ch Parvez Elahi while expressing gratitude to the party leaders and workers coming to participate in November 02 sit-in at his residence has said that because of them party moral has increased, on Panama Leaks issue we had agreed with opposition parties because this is not matter concerning one party but the demand of entire nation. , accountability of thieves and plundered wealth be retrieve.

Ch Parvez Elahi said that through interim measures of the Supreme Court on petition about Panama Leaks a ray of hope has risen, we are determined and hope with full confidence that Insha-Allah this issue will reach its logical conclusion, Supreme Court through fully-empowered Judicial Commission will pull the country out of crisis and the people will get justice.

He said state terrorism resorted to throughout the country and particularly in the Punjab was unparalleled, we fully condemn this attitude of the government, Islamabad do not belong to Nawaz Sharif and Shehbaz Sharif, words are not enough to condemn excess committed by Shehbaz Sharif with the Chief Minister and brethren coming to Islamabad from Khyber Pukhtoonkhwah province.

Talking to Chief Minister Pervez Khattak, he said that that this unnecessary step of the Punjab Government had put the federation in danger, he saluted courage and patience of the Chief Minister and Pakhtoon brethren and expressing sympathies with the bereaved families of the deceased, he assured that their blood will not go waste.

He expressed gratitude to the workers arrested in Attock, Chakwal, Talagang, Kasur, Bahawalpur, Sheikhupura, Mandi Bahauddin, Gujrat and other districts and assured them that their courage and spirit has given new lease of life, present rulers cannot give nothing but crisis to the country and the nation, indifference over Panama Leaks and then from the Prime Minister’s House actions against national institutions represented the mindset of the rulers, this had happened for the first time in the history of the country that threats to the national security had emanated from the Prime Minister’s House, playing their role over this issue the Supreme Court of Pakistan and national security institutions will take the responsible to punishment they deserve.

Paying tributes to those who reached Islamabad and withstanding problems in the form of caravans, he said that despite all state oppression, torture and violence their coming here showed their love for the party and the leadership. He in particular expresses gratitude to Major (R) Tahir Sadiq and Hafiz Ammar Yasir. # 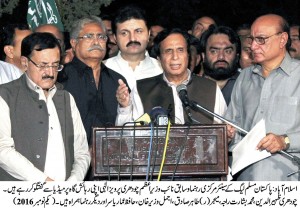