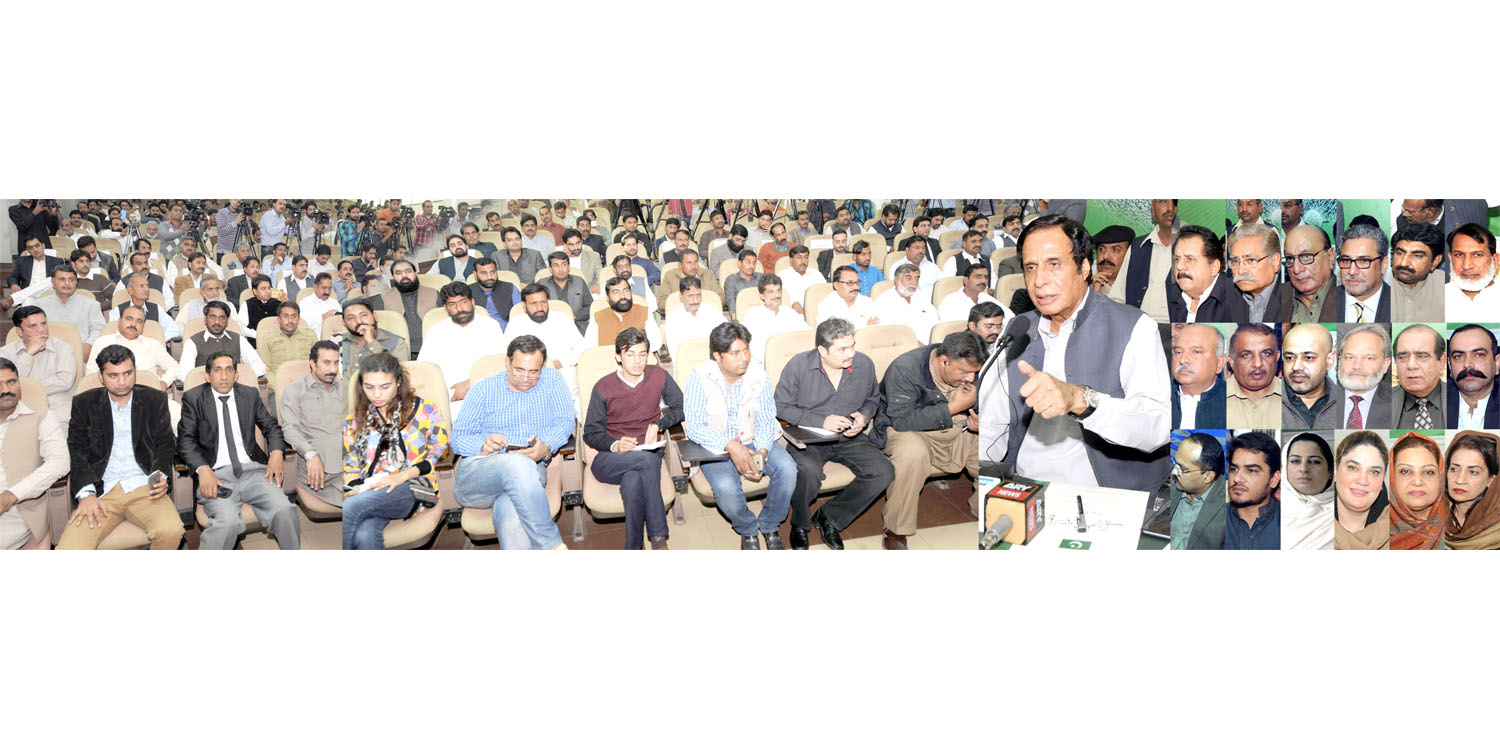 Rulers turning topsy turvy, 24th amendment is for save the rulers not for people: Ch Parvez Elahi

People not safe even in houses and shops, in Punjab Rangers stopped from operation to save their electoral helpers terrorists and criminals hideouts

Punjab bartered away even in NFC Award for their rule, police made personal and political, tributes for jailed workers

Lahore: 30-11-2016: Pakistan Muslim League (PML) senior central leader and former Deputy Prime Minister Ch Parvez Elahi has said that the rulers are turning topsy turvy, 24th amendment is not for the people but is “save the rulers amendment”, in Punjab people are not safe even in their houses and shops what to talk about on roads and bazaars, worst law and order situation is because that in the biggest province Rangers were stopped from operation to protect the hideouts their electoral helpers terrorists and criminals, police is being used personally and has been made political.

He said this while addressing a reception in honour of political leaders and workers arrested and jailed for stopping the sit-in at the Muslim League here today. All of them were profusely garlanded on the occasion.

Ch Parvez Elahi further said that these workers are our brave and sincere colleagues who faced excesses and oppression with courage, they were arrested, their families harassed in raids on their houses. He said in politics going to jail is essential, we have also been jailed couple of times.

He said that the rulers are taking their last breaths, they seem to be sinking and trying hard to save themselves, 24th amendment has been introduced after hearing of Panama Case in the Supreme Court to save their rule, they did not see this during last three years. He said they sacrifice everything for their rule, earlier on they had bartered away Punjab in the NFC Award for becoming the prime minister more than two times and securing power in the Punjab and contrary to our stance deprived Punjab of quota of electricity and gas on the basis of consumption, economic and law and order situation in Punjab is very worst but the rulers are telling lies and lies one after the other.

He said he is starting visits to the districts in connection with reorganization of the party.