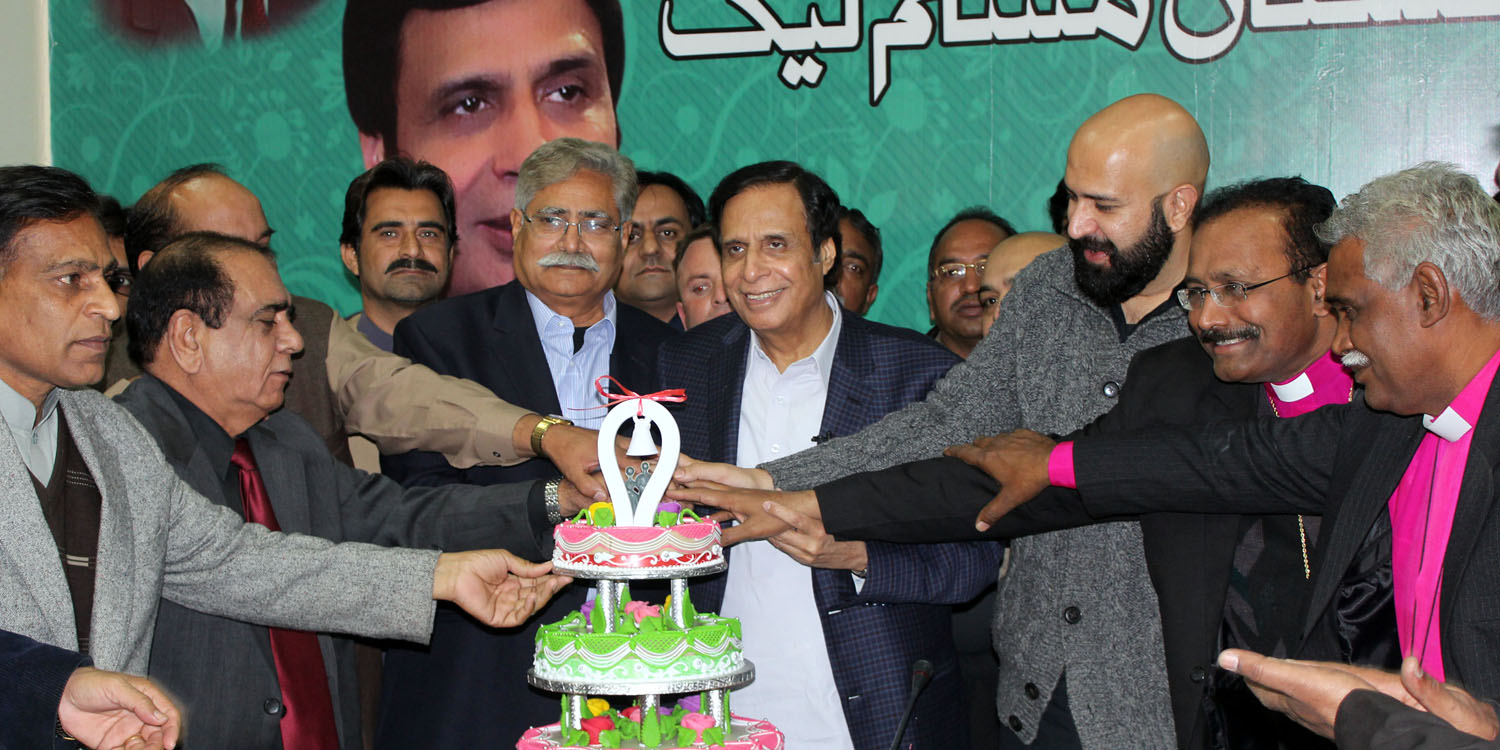 Pakistan is under debt and victim of international isolation due to failed policies of rulers: Ch Parvez Elahi

During our tenure every year Christmas functions were at CM House, set up ministry for minorities for the first time in history of Punjab

Church and educational institutions were returned, special funds were established, proprietary rights were conferred on the residents of Youhanabad: address function at Muslim League House

Lahore: 15-12-2016: Pakistan Muslim League )(PML) senior central; leader and former Deputy Prime Minister Ch Parvez Elahi has said that during our tenure functions were organized to celebrate Christmas every year at the Chief Minister House, we give preference to the minorities rights, granted right of double vote, for the first time in the history of Punjab ministry for minorities was established, funds for renovation and repairs of churches were created and educational institutions were returned, conferred proprietary rights were conferred on the residents of Youhanabad, we equally share the happiness of the minorities.

He said this while addressing a function after cutting Christmas cake at the Muslim League House here today (Thursday).

Ch Parvez Elahi said presently Pakistan is victim of international isolation, failed policies of the rulers have further increased burden of loan, we are following the manifesto of the Quaid-i-Azam, we have no personal Muslim League, , we did no favour on the people of the Punjab by completing projects of their welfare and well-being in the province, it was their right which other governments were not giving to them.

He said in 8 years Shehbaz Sharif has given 6 flop schemes which are not visible anywhere today, 1122 Service became so popular in the Punjab that Imran Khan also started it in Khyber Pukhtoonkhwah, . He said every responsible citizen has now realized as to who had served the people and who had cheated the people.