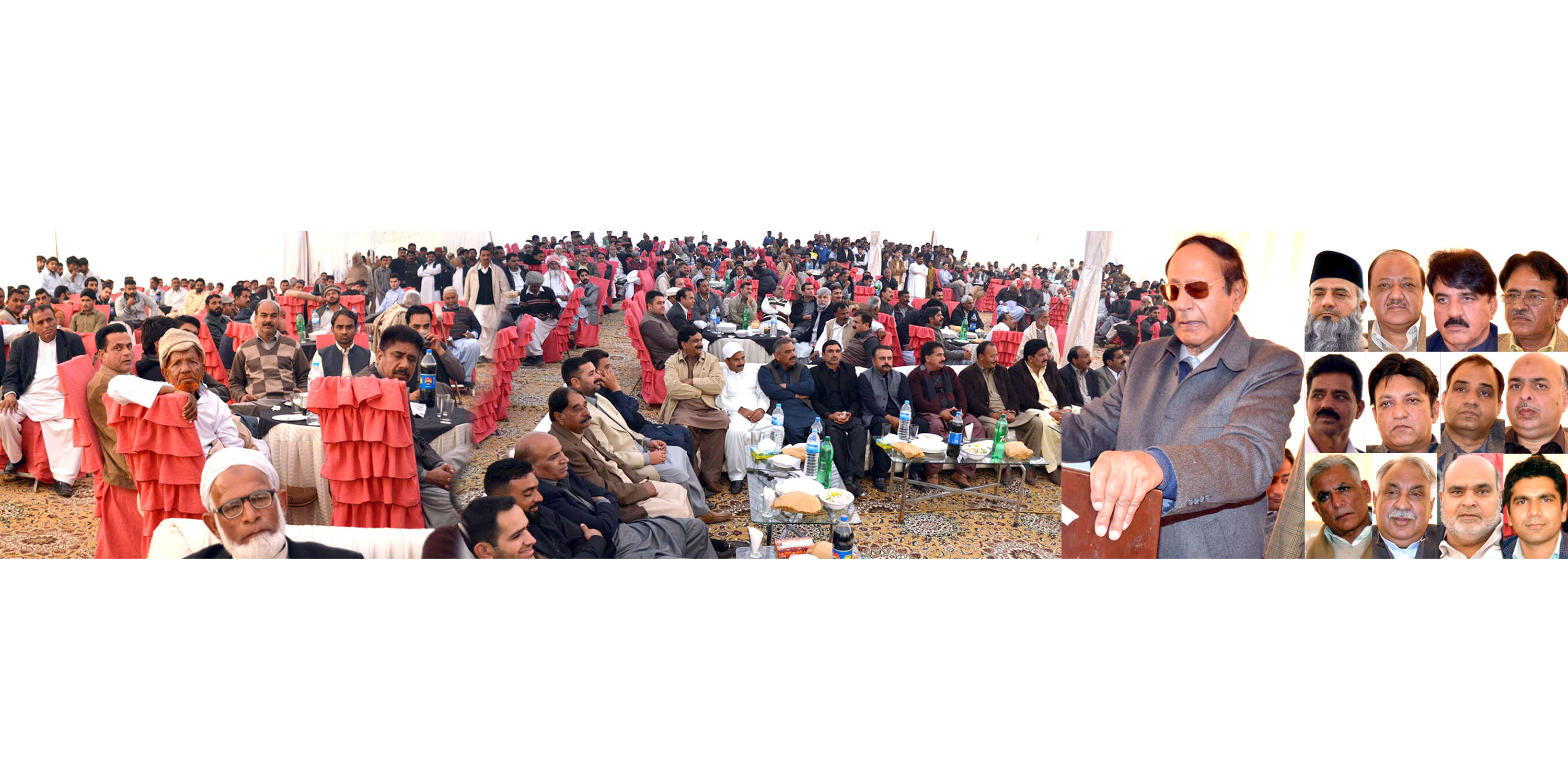 Former President Asif Zardari returning to Pakistan is welcome move, I had earlier said whosoever has to politics should come to Pakistan

Lahore/Gujrat: 19-12-2016: Pakistan Muslim League (PML) President and former Prime Minister Ch Shujat Hussain has said that that all opposition parties alliance can be formed but firstly they should stop giving names of their nominated prime minister and should not make such lists which are of no use because the biggest obstacle is the list of candidates for the office of prime minister, those who have not attained required age are also candidates, some parties have given names of prime minister without any thinking.

He said this while addressing luncheon reception hosted in his honour by Pakistan Tehrik-e-Insaaf (PTI) at Sara-i-Alamgir today (Monday).
Ch Shujat Hussain said that opposition alliance can take place but firstly national interest agenda has to be focused and everyone will have to sacrifice personal ego. He said that he had said earlier on also that whosoever has to do politics should do on coming to Pakistan, former president Asif Ali Zardari returning to Pakistan is a welcome move.
Ch Shujat Hussain regretfully stated that the present government has not got implementation of National Action Plan (NAP), “signatures of Prime Minister Nawaz Sharif, Asif Ali Zardari, Maulana Fazlur Rehman and mine are there on NAP documents”, National Action Plan was formulated in the presence of the former Army Chief but there has been no headway on it.
He said there is hatred among the people against present government, price hike, unemployment and law and order problems are worsening with every passing day but the rulers have shut their eyes.
He said further that during meeting with Imran Khan he had asked him to convene an All Parties Conference on one point agenda which should be only and only electronic vote but this matter could not make any headway due to some reasons.
On this occasion, Union Council Chakiyaan Chairman Mohammad Afzaal Akbar and his niece Sanam Rahman announced joining Pakistan Muslim League.