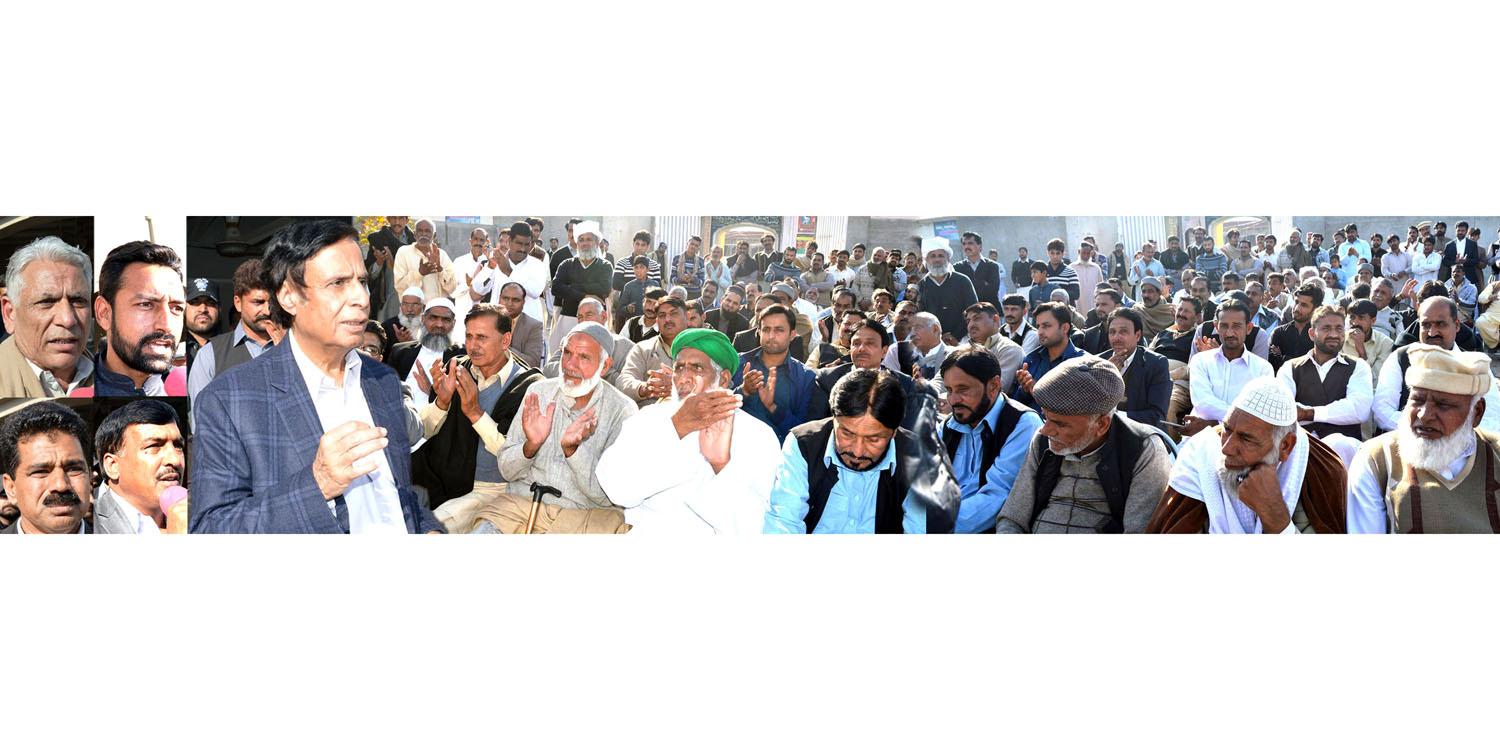 It is test for people of Gujrat, on one is sharafat & service and other hand is high-handedness, rigging and terrorism, Ch Parvez Elahi

Chairman Union Council Chakori Sher Ghazi Ch Ghulam Fareed made the announcement in the presence of PML senior central leader and former Deputy Prime Minister Ch Parvez Elahi addressing a big gathering at his residence. On this occasion, his supporters, PML and PTI ‘s Chairmen and other important figures were also present.

Welcoming his decision and expressing gratitude to him, Ch Parvez Elahi said now it is test of the people of Gujrat as sharafat and service is on one hand and high-handedness, rigging and terrorism on the other side. He said our Chairmen should remain very alert and vigilant because the opponents have gathered pick-pocketeers to steal their identity cards so that they cannot cast their votes on the polling day.

He said during tenure of our government and also in the opposition, whatever we have done for Gujrat and its people is a record whereas during last 9 years nothing has been given Gujrat and even our projects had also been stopped, people of Gujrat were victimized due to political opposition with us whereas we had served all without discrimination.

Earlier, Chairman Ch Ghulam Fareed said that service and sharafat are hallmark of leadership of the PML, they and in particular Ch Parvez Elahi during his tenure as the Chief Minister had rendered great service for Gujrat which is before everyone, no other party or personality can copete with them.