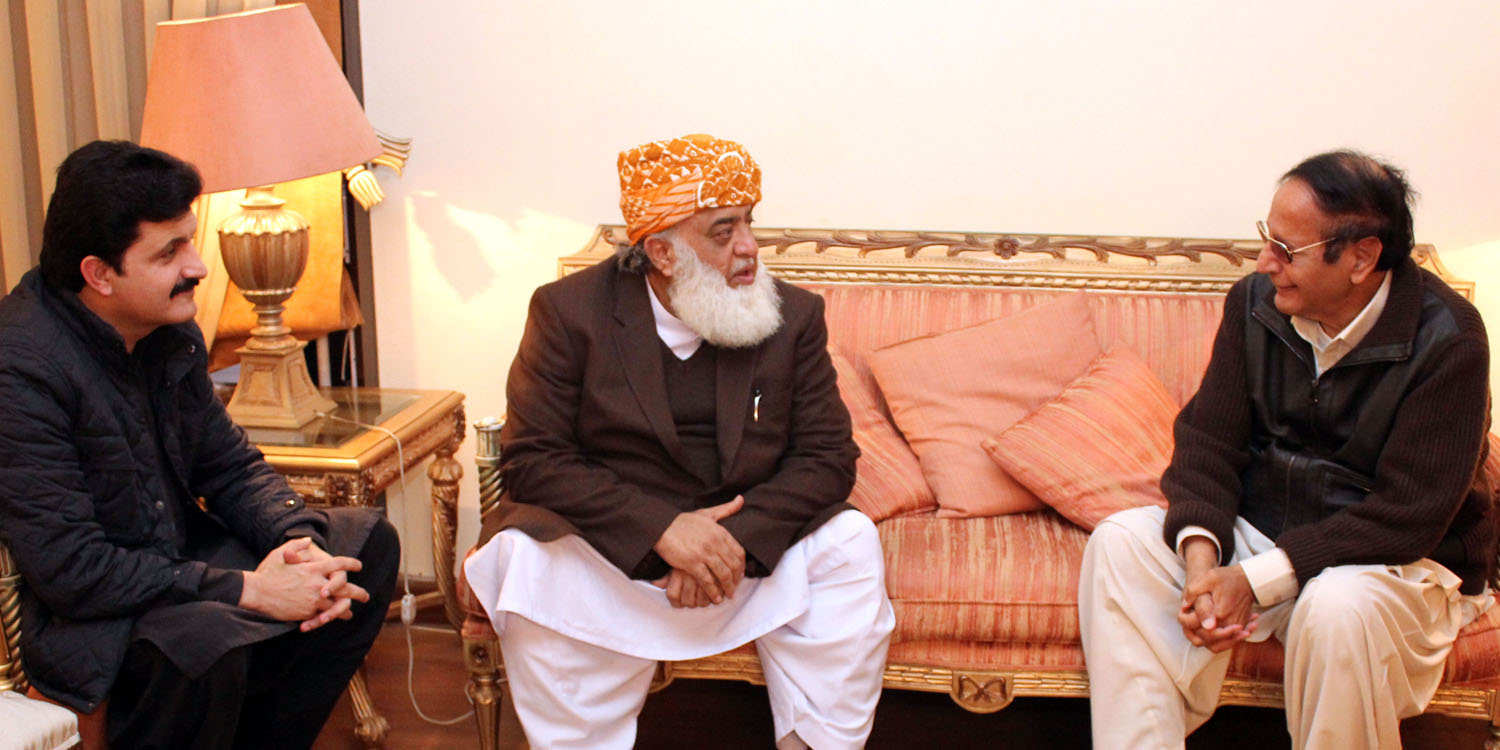 Views exchanged regarding various matters including prevailing situation in the region during the meeting, Ch Shujat Hussain apprised him about his foreign tour

During the meeting they talked about changes taking place in the national politics. Both the leaders also exchanged views regarding situation prevailing in the region besides national and international circumstances.

Maulana Fazlur Rahman expressed his joy and satisfaction about health recovery of Ch Shujat Hussain who in turn apprised JUI (F) Ameer about details of his foreign visit. 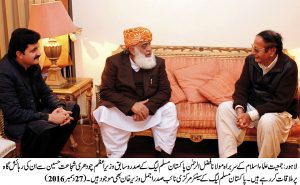