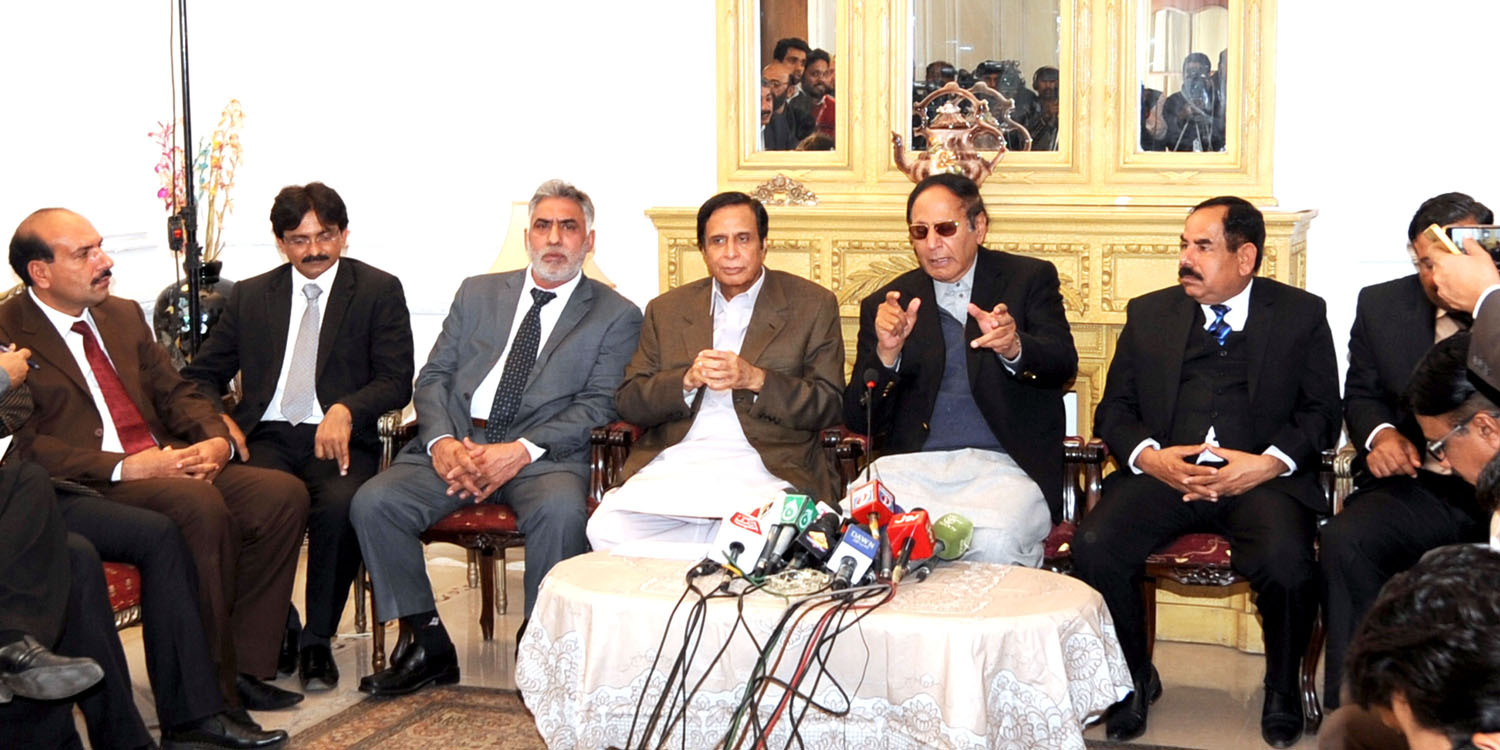 Other parties will enter into alliance with us Insha-Allah: Ch Shujat Hussain, Parvez Elahi

Shehbaz Sharif has restored 150 years system of the Britons

Party reorganization work will be completed in four months, we’ve done our planning for competing with other parties, magic wand was used against us in 2008 and 2013

Judiciary takes decisions according to its conscious, don’t drag it is politics, 2017 is important year, people are remembering us and our works

Funds of Kisan Package, local bodies, heath and education wasted on dollar making train and other show-off projects, there is fraud in every work of N-League, press conference

Talking to the media on this occasion and replying to a question regarding future electoral alliance of the political parties, Ch Shujat Hussain said that time is approaching and it will come when other parties’ and people will enter into alliance with us. He said that year 2017 is very important for Pakistan, the country is faced with internal and external difficulties, pray to Almighty Allah to shower His blessings on Pakistan.

He said judiciary should not be dragged in politics; it takes decisions according to its conscious and should do that.

Responding to a question, he said that he has not heard about judicial martial law nor there is possibility of that, opposition grand alliance will materialize only in case when all parties are agree on one point agenda, in the next elections PML will put up its candidates everywhere and other parties will seek our cooperation.

Ch Parvez Elahi said that in 2008 our popularity and voters were more than N-League and People Party, General Kayani conspired gave our members to Nawaz Sharif, in 2013 Justice Iftikhar Chaudhry also did that, even them magic wand was put into action against us, whereas “kheer” was eaten by Nawaz Sharif which he is now unable to digest.

Replying to a question, he said if Supreme Court convicts Nawaz Sharif peace will not be disturbed at all.

He said process of reorganization of the party is practically in progress, after Sindh Ch Shujat Hussain will now visit Balochistan and he himself is starting visiting all districts of Punjab, reorganization work will be completed in four months, we have done planning for competing with other parties.

He said that “lawa” of hatred is gathering in the people for last nine years and it is now coming out, what we had done for the people in five years N-League or no other party can compete with that, people are remembering us and our works.

Ch Parvez Elahi said there is fraud in every work of N-League, local bodies elections were held on the order of the Supreme Court but it was delayed by one year, despite majority in the local bodies Shehbaz Sharif has restored 150 years old Britons local bodies system because he is not ready to given power of a peon to anyone as such he will also not given powers to the local bodies representatives, all powers including budget have been given to DCs, ministers also do not have any power, despite Kissan Package the farmers, the ministers and like them local bodies representatives are also running around, funds of local bodies, health and education are being wasted on dollar making train and show-off projects, blood of the people is being squeezed. 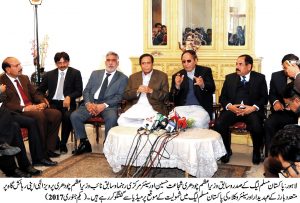