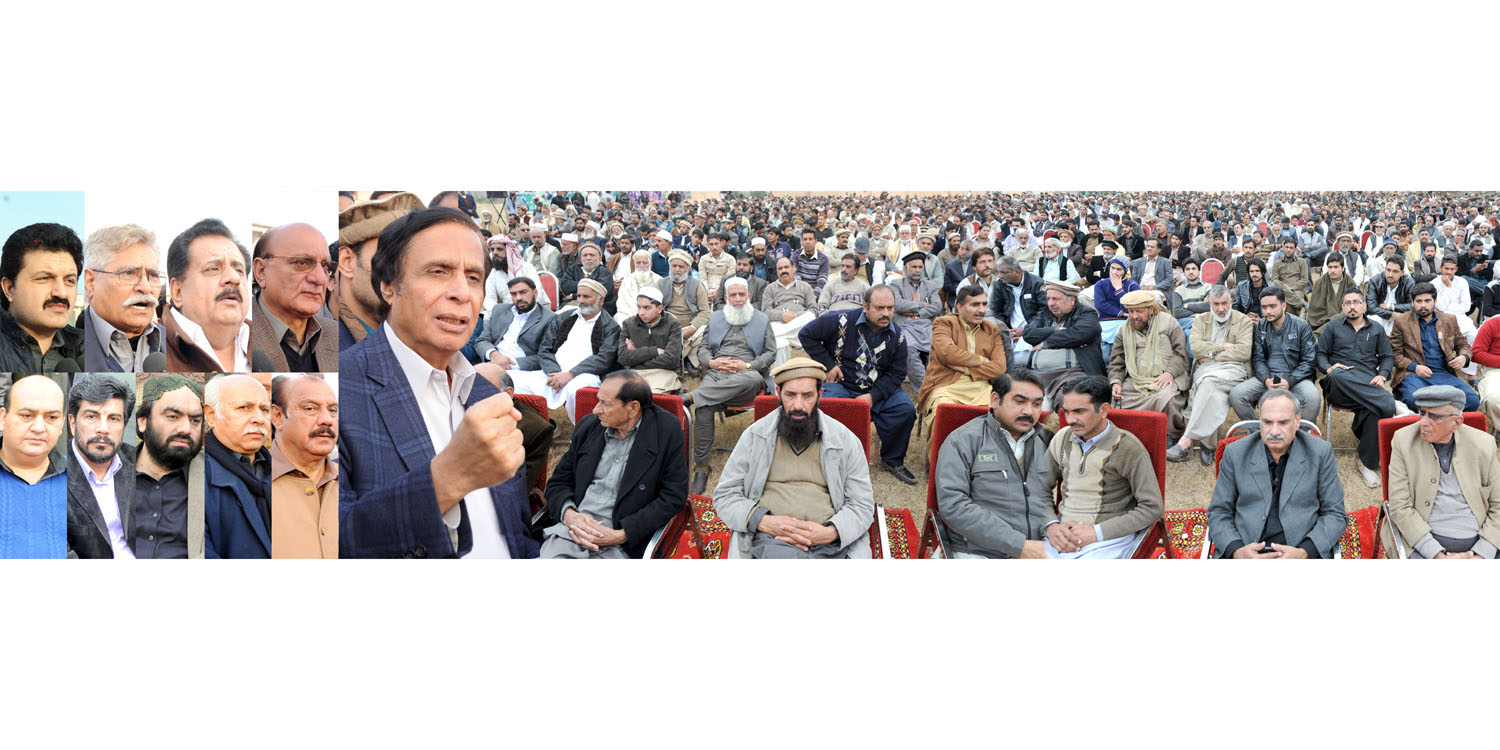 Grateful to Allah that people are remembering our works on witnessing miserable conditions in 9 years of N-League: Ch Parvez Elahi

We gave 1122, free education, medicines, abolished tax on 4 marla house and small farmers, they are imposing tax on the poor and farmers for dollars making projects

We started with few colleagues, whatever said with good intention was accomplished with help of Allah, Muslim Leaguers should not sit in their houses, they should remind people about our services, address at workers convention in Rawalpindi

Lahore/Rawalpindi: 22-01-2017: Pakistan Muslim League (PML) senior central leader and former Deputy Prime Minister Ch Parvez Elahi has expressed gratitude to Almighty Allah for people are remembering our works which our government had accomplished in Punjab in only five years on witnessing miserable conditions in recent 9 years of N-League, 137 such welfare works were undertaken and completed which were not done previously in history of the country, we gave 1122, free education and medicines, abolished tax on 4 marla houses and mall farmers, they are imposing tax on the poor and farmers for dollar making projects.

He said that we had started with few colleagues, worked with good intention and whatever said was accomplished with help of Allah, Muslim Leaguers should not sit in their houses now, they should remind people about our services, sincere workers are our greatest asset.

He said this while addressing first workers convention in Dhamiyal Rawalpindi in connection with reorganizations of the party.

Ch Parvez Elahi further said that Nawaz Sharif and Shehbaz Sharif have do no work for the welfare of the people, whatever they have done is for favouring themselves and their supporters, farmers were given fake cheques, we had posted doctors in all hospitals from Rajanpur to Attock, provided free medicines, during their 9 years 9 show-off schemes have failed, billion of rupees of public money was swallowed, in the Rs 666 billion Punjab budget Rs 300 billion have been earmarked for dollar making show off projects in Lahore only, Rs 24 billion for subsidy of jangla bus while billions of rupees are being dumped in earning dollar and orange line, they are trying to run orange line by snatching rights of people of 34 districts, Shehbaz Sharif only got shame by closing our projects, we had constructed 25 small dams in Pothohar, provided water up to Cholistan to make Punjab green whereas during era of Shehbaz Sharif record thefts and dacoities are being committed, there are no medicines in the hospitals, four patients are lying on one bed each, fake stint are being planted into healthy persons and deserving patients are breathing last ion cold floors of hospitals, Rs 100 billion surplus province is now heavy debt of Rs 3000 billions, the Chief Minister checks wash rooms in the hospitals instead of medicines, doctors and equipments.

Central Secretary General Tariq Bashir Cheema said that Nawaz Sharif wants monopoly over all institutions, the rulers are defaming the army and military courts, whereas the military courts delivered 662 verdicts and they implemented only 12 out of these, there is no comparison between the tenure of Ch Parvez Elahi and of the present rulers, whatever our government did for this province no other can do, even the rulers today are forced to cite example of health sector, if the rulers get fever check up is done only in London, police is deployed on the security of their family whereas nobody is concerned about safety of the poor, Ch Parvez Elahi provided water to backward areas of Punjab by undertaking extension of Taunsa Barrage, Ch Parvez Elahi has got his “Akhrat” blessed in the form of 1122 but the present rulers have not only usurped rights of crores of people by focusing on Jaati Umrah and show off projects but they are also responsibilities for their deaths.

He said that opposition parties have started preparations for the election, if no electoral reforms are undertaken then election will be of no use, Chaudhry family has to do politics here, live and die here, if the government had accepted our Terms of Reference (ToR) on Panama Leaks then they would not faced such “tamasha” today.

Chief Organizer Muhammad Basharat Raja recalling the tenure of Ch Parvez Elahi as Chief Minister Punjab said that if Ch Parvez Elahi got another opportunity then he would serve the whole country like Punjab. #