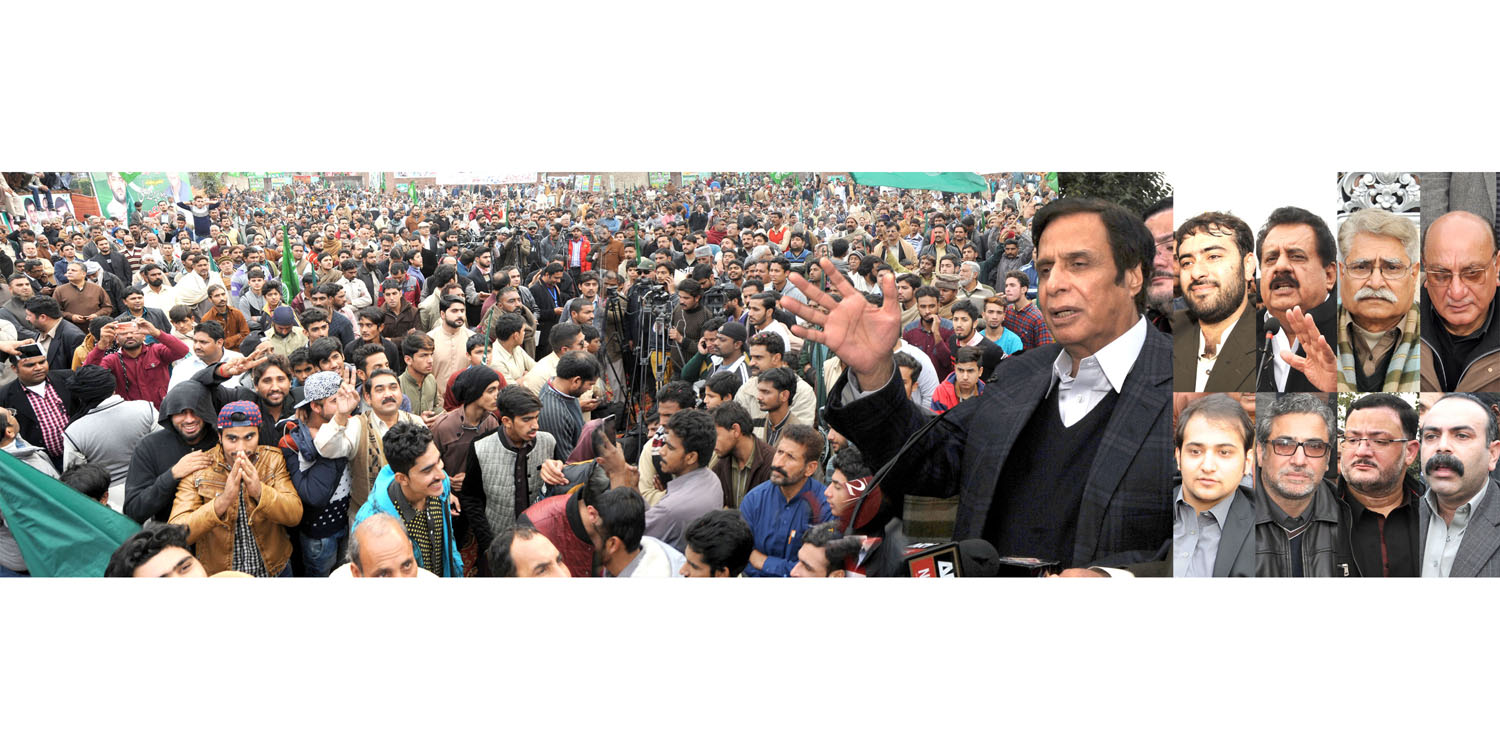 Country will get rid of incompetent rulers if whole of opposition unites: Ch Parvez Elahi

Entire nation should offer collective prayer like for rain for ouster of the rulers, patients are told to come to hospital bringing cot, bed, medicine from home: Address at enthusiastic workers convention

Lahore: 28-01-2017: Pakistan Muslim League (PML) senior central leader and former Deputy Prime Minister Ch Parvez Elahi has said the nation will get riddance of incompetent rulers if whole of opposition is united, for their ouster entire nation needs to arrange for offering collective “dua” like was done for rain.

Addressing a very big quite enthusiastic Workers Convention in Gujranwala today, he said that during our tenure even poor patient was taken to the hospital on ambulance where free medicines were provided to him even injecting costing up to Rs 10 thousand was also given free, but now the patient is told to come to the hospital along with cot, bed and medicines from home. He said that there are neither beds nor medicines in the hospitals now, patients are breathing last lying on cold floor, Shehbaz Sharif has not been able to start our established 1122 Service even after ruling the Punjab for 15 years, we had provided free education up to matric, undertaken unparalleled works for welfare and well-being of the people of all fields including farmers and workers and provided revolutionary facilities, our established Wazirabad Cardiology Hospital is not being allowed to become functional due to personal ego by Shehbaz Sharif due to which so far more than 8 thousand persons hailing from Gujranwala and adjoining areas have died due to heart attacks, Shehbaz Sharif “suffers from blood pressure on seeing plaques of my tenure, he should remove plaques of my name but should not block projects of peoples’ welfare because our plaque is in the heart of the people”, if overhead bridge was being constructed in Lahore instead of Gujranwala it would have been completed long ago, Punjab allocated budget is being spent on show off and dollars making projects in Lahore.

Continuing, he said that N-League has the greatest enmity with the farmers, Kisan Package was announced in the name of Patwari Package, “I earnestly appeal to every Pakistan to stay away from N-League in the next election otherwise even future generations will not forgive them.”

Ch Parvez Elahi asked the opposition to brush aside personal ego and go together unitedly and Almighty Allah will bless them with “barkat in their work”, N-League will run away and prestige of opposition will be enhanced.

He pointedly stated that whichever scheme was started during our tenure is still functional, we were providing job opportunities to ten lakhs people every year, Shehbaz Sharif had started 9 schemes all of which have failed, Nandipur power Project, Bahawalpur Solar Power Project and Sahiwal projects all have failed, what other cities of Punjab will get from Orange Line, people do not need show off projects like jangla bus, they need medicines in hospitals and education in schools, N-League people are involved in Panama Case, all those who were mentioned in this case had resigned but they are sticking to the chair for last six months.

He said that we had started Sialkot-Lahore Motorway on which two foreign universities were also to be established which were shifted to India because of their incompetency, incompetent Chief Minister has put Punjab under heavy debt of Rs 2000 billion.

Earlier on arrival at the venue Ch Parvez Elahi was enthusiastically welcome by chanting of loud slogans and showering on flower petals. Convention participants kept raising repeatedly slogans of Ch Shujat Hussain, Moonis Elahi, Pakistan Muslim League Zindabad and Go Nawaz Go. Venue of the convention was packed to capacity and large number of women were also seated on nearby houses roofs. #