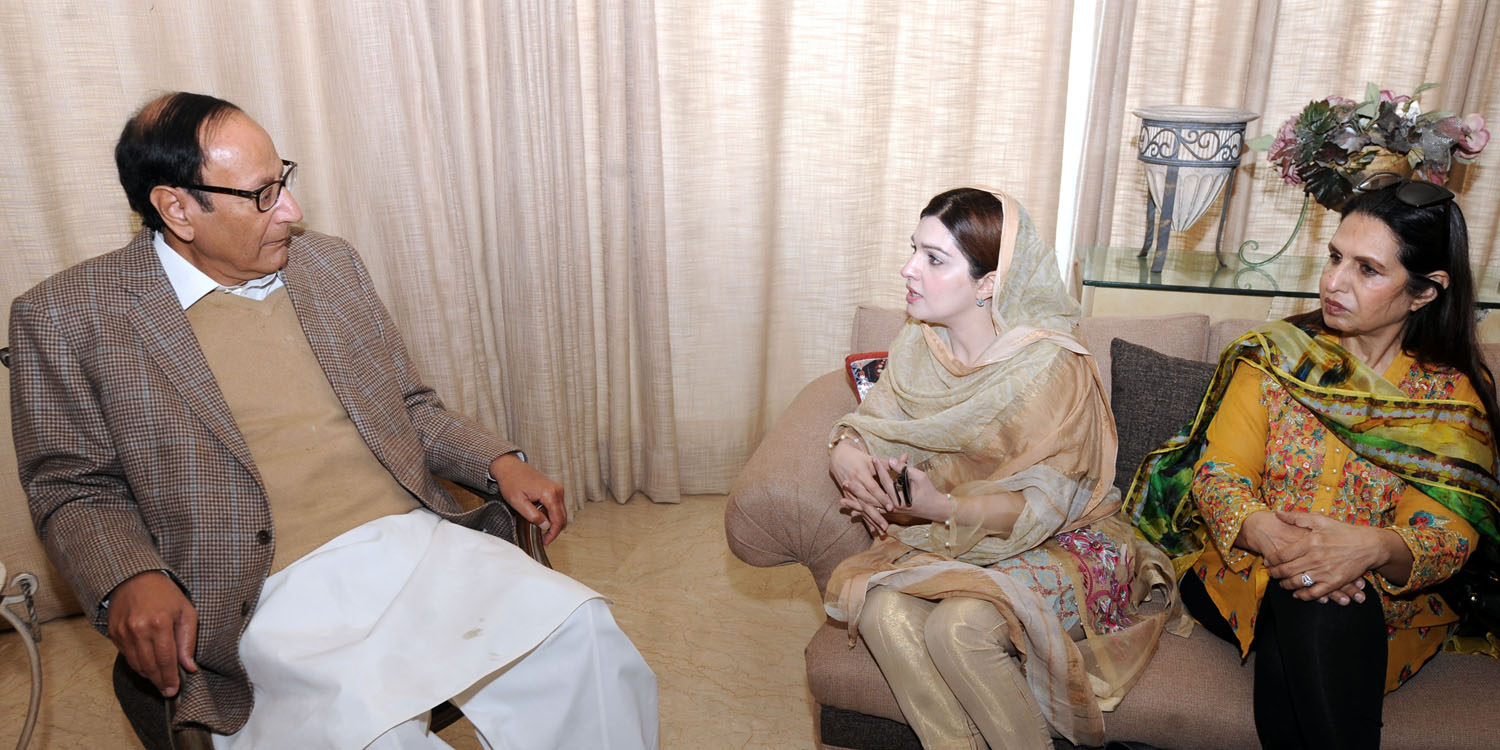 There was no mention of Hafiz Saeed anywhere in National Action Plan: Ch Shujat Hussain

Talk with media after meeting with Mishal Yasin Malik

Lahore: 12-02-2017: Pakistan Muslim League (PML) President and former Prime Minister Ch Shujat Hussain commenting on Advisor on Foreign Affairs Advisor Sartaj Aziz declaring detention of Hafiz Saeed as part of National Action Plan has said that when National Action Plan was formulated he along with Mushahid Hussain Sayed had represented their party in which there was no mention anywhere of Hafiz Saeed.

Talking to media after meeting with Kashmiri Hurriyet leader Mishal Yasin Malik at his residence here Sunday, he said that Kashmiris’ struggle will surely bear fruit and successful.

He said that Sartaj Aziz says that relations with Afghanistan are complicated whereas we have been saying for years together that without talking to Afghanistan there can be no peace in the region but present government of Pakistan has taken no step in this regard, there was tension during previous governments also but process of mutual visits and exchange of delegations continued but now this work has come to a standstill.

About his meeting with wife of Kashmiri Hurriyet leader Yasin Malik, Mishal Yasin Malik, Ch Shujat Hussain said that world community should take notice of oppression and atrocities of occupying Indian army in held Kashmir, people of Pakistan are with Kashmiris, without giving right of self-determination to people of occupied Kashmir, the agenda of partition of Indian sub-continent is incomplete. 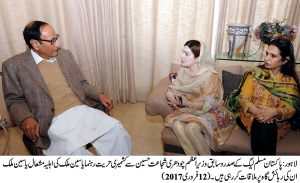