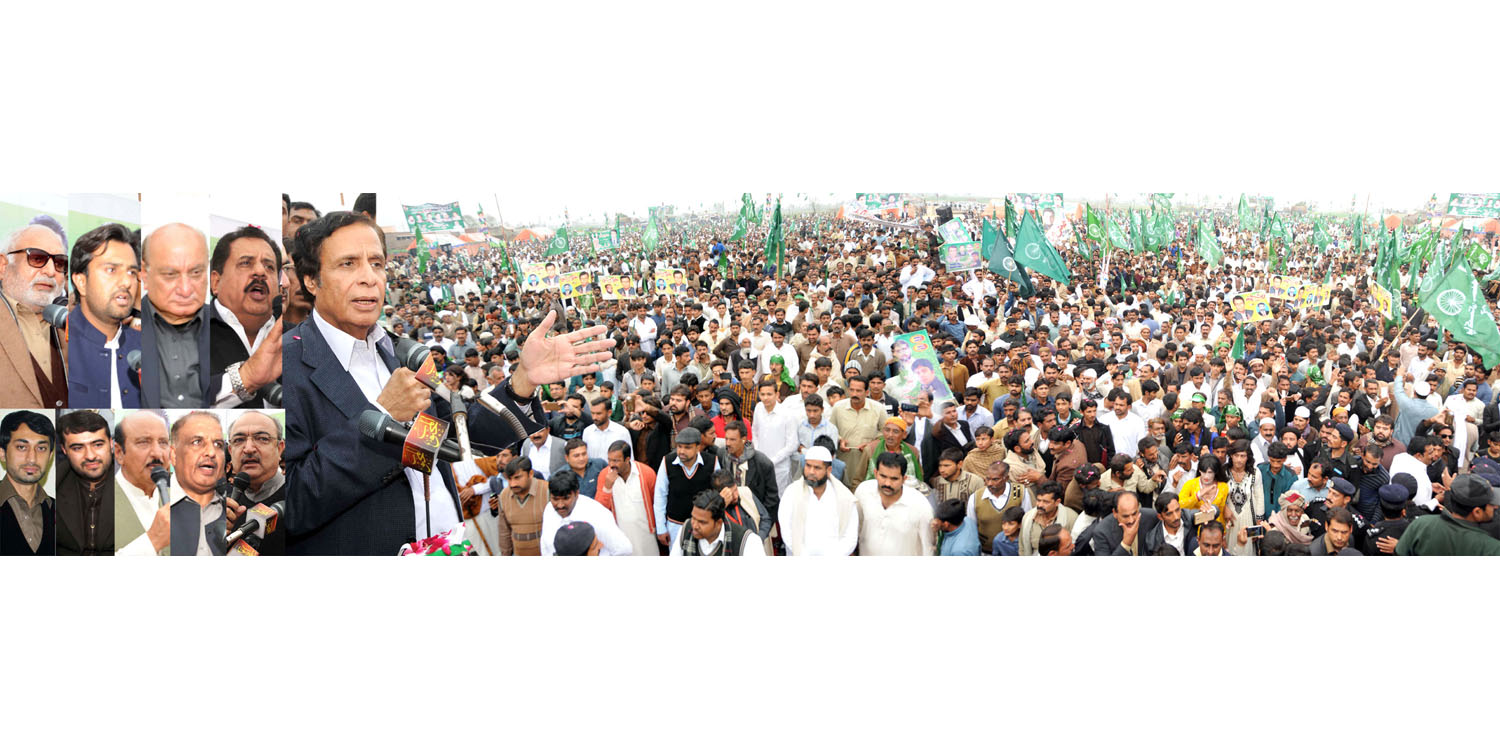 Rangers should be called for clean up operation in Punjab like Karachi: Ch Parvez Elahi

Those blocking operation have made province safe havens for terrorists, there was nothing for injured in hospitals, if our established Mayo Hospital Surgical Tower was operational then many injured could have been saved

After us not a single bed added in emergency of any hospital, there are neither beds, medicines nor ventilators, address at historical Workers Convention in Mandi Bahauddin

Lahore: 18-02-2017: Pakistan Muslim League (PML) senior central leader and former Deputy Prime Minister Ch Parvez Elahi has said that the Rangers should be called also in Punjab for operation clean-up like Karachi, due to them who blocked operation, safe havens in province have emerged for terrorists, there was nothing for the injured of Lahore blast in the hospitals, neither medicines nor ventilators, if our established Surgical Tower in Mayo Hospital was operational and in other hospitals emergency facilities of our tenure were available then lives of many injured could be saved, they did nothing even two months’ prior information, now they are crying hoarse, law and order situation cannot improve without handing over Punjab to the Rangers.

He said this while addressing while addressing historical Workers’ Convention in Saida Sharif Mandi Bahauddin in which large number of people from all walks of life including lawyers were present and which was described by the elders and journalists as the biggest political gathering of local history.
Paying rich tributes to Sajid Ahmad Khan Bhatti, son of his close colleague late Ahmad Khan Bhatti and the family, Ch Parvez Elahi heartily congratulated him for such a big gathering.
Convention was also addressed by MNA Tariq Bashir Cheema, Muhammad Basharat Raja, Riaz Asghar Chaudhry, Arif Gondal, Imtiaz Ranjha and Zulqarnain Sahi.
Expressing heartfelt sorrow over Mall Road Lahore, Sehwan Sharif and other tragic incidents, Ch Parvez Elahi said that these rulers are not concerned about the people, if our established 1122 was there then the number of persons who perished in blasts and incidents, in 9 years would have been double, with which they go to the hospitals for photo sessions, they have not added a single bed in the hospitals of our government nor they provide funds in emergency.
He said our established 450 bed new Surgical Tower in Mayo Hospital in the constituency of Nawaz Sharif is ready but they have not made it functional, distribution of health cards is a big joke because those carrying cards to the hospitals where there are neither beds nor medicines are made fun o. likewise in Mandi Bahauddin a hospital established at a cost of Rs 3 billion is ready whereas Wazirabad Cardiology Hospital has also not made functional, we had established new emergency departments where boards about free medicines and tests were displayed and announcements were made repeatedly, these days doctors, nurses, druggists and chemists all are on strike, during inquiring about health of the bomb blast injured when they say they are not getting medicines they do not listen to them.
He said further wherever you go farmers are wailing and crying about their Patwari Package, sugar mills are not ready to procure sugarcane at reasonable price and rice growers also do not get return of their expenses even whereas during our tenure of government every grain of crop was procured on full price immediately, their Kissan Package in fact is pack up farmers package, we had ensured progress, prosperity, law and order and peace in every area of Punjab including Mandi Bahauddin, now dacoits, robbers and thieves are roaming around freely there is nobody to ask them because they themselves are doing same work. Special allowance is not being paid to 1122 functionaries, prosperous Punjab has now become “Kangaal” we had left Rs 100 billion surplus province, which has now under debt of Rs 2500 billion, funds of entire province are being spent on jangla buses like show off and dollars making projects.
He said that local bodies chairmen thought that whatever powers were given to them during our tenure Shehbaz Sharif will also give them same powers but those spent crores of rupees are now running around from pillar to post because Shehbaz Sharif has not given power to his ministers to recruit a peon even, billions of rupees have been swallowed in Nandipur Power Project and other schemes and projects and these have failed. He asked the people for getting rid of them like they pray for rain and for their crops.
Ch Parvez Elahi said on receiving such a grand welcome today he has remembered late Ahmad Khan Bhatti whose son Sajid Ahmad Khan Bhatti presented the welcome address. There was festive scene and mood visible all around in the convention, people came into groups on playing dhol and dancing bhangra, some chanted slogans in favour of Ch Shujat Hussain, Ch Parvez Elahi and Moonis Elahi, late Ahmad Khan Bhatti’s photograph was also displayed in the pandal along with huge portraits of PML leaders, Ch Parvez Elahi acknowledged their greetings and welcome slogans by waving hands.