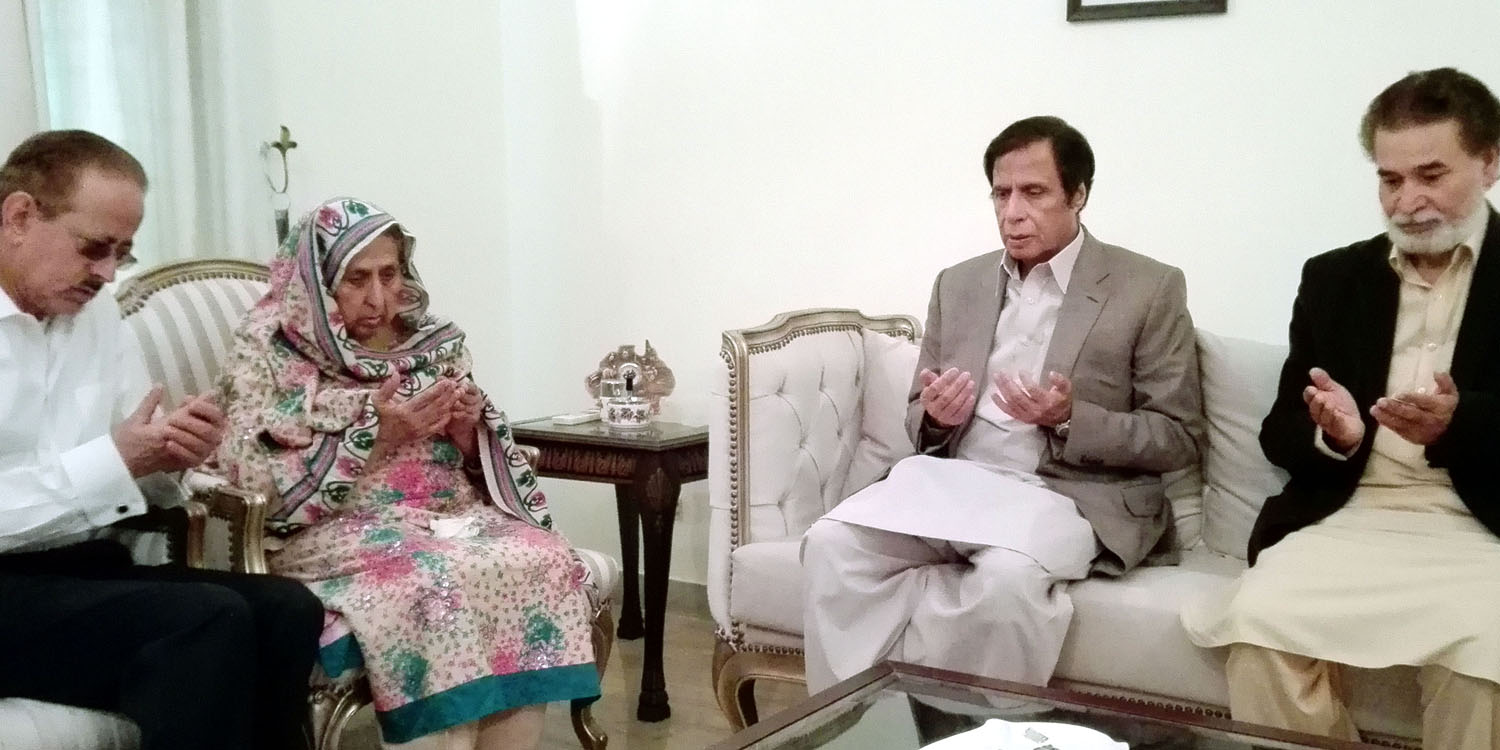 Do not waste blood of martyred by doing mischief in Punjab operation: Ch Parvez Elahi

Ahmad Mobin Shaheed was brave, hard working and dutiful officer, his martyrdom beacon light for nation: talk with media after condolence with family

He said this talking to media after offering condolence to the bereaved family of DIG Traffic Captain (R) Ahmad Mobin Shaheed at his residence here today (Tuesday). On this occasion, mother, brother-in-law Major (R) Dr. Nasim and other relatives were present.

Praying for eternal rest in peace for the departed soul Ch Parvez Elahi said that Captain (R) Ahmad Mobin was very hard working, , brave and dutiful officer he continued performing his duties with great courage and during this he became victim of vengeance act of terrorists, his martyrdom is beacon light for the nation.

In reply to a question former Chief Minister said that Rangers be given full powers for operation in Punjab, a facilitator present in the government is also a major reason for terrorism as he had said in his press conference yesterday (Monday) also that if one minister is arrested immediately then all will become clear.

He said holding of Pakistan Super League (PSL) Final in Lahore is a good step. About restoration of the military courts, Ch Parvez Elahi said that this is being delayed because of the rulers themselves; if they want to get any law of their choice approved they do so in just ten minutes. # 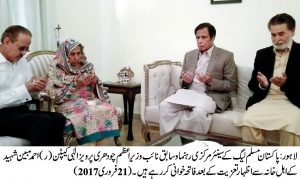