Breaking News
Home / News / English News / We have been and will continue going wherever required in the interest of the country and the nation: Ch Shujat Hussain 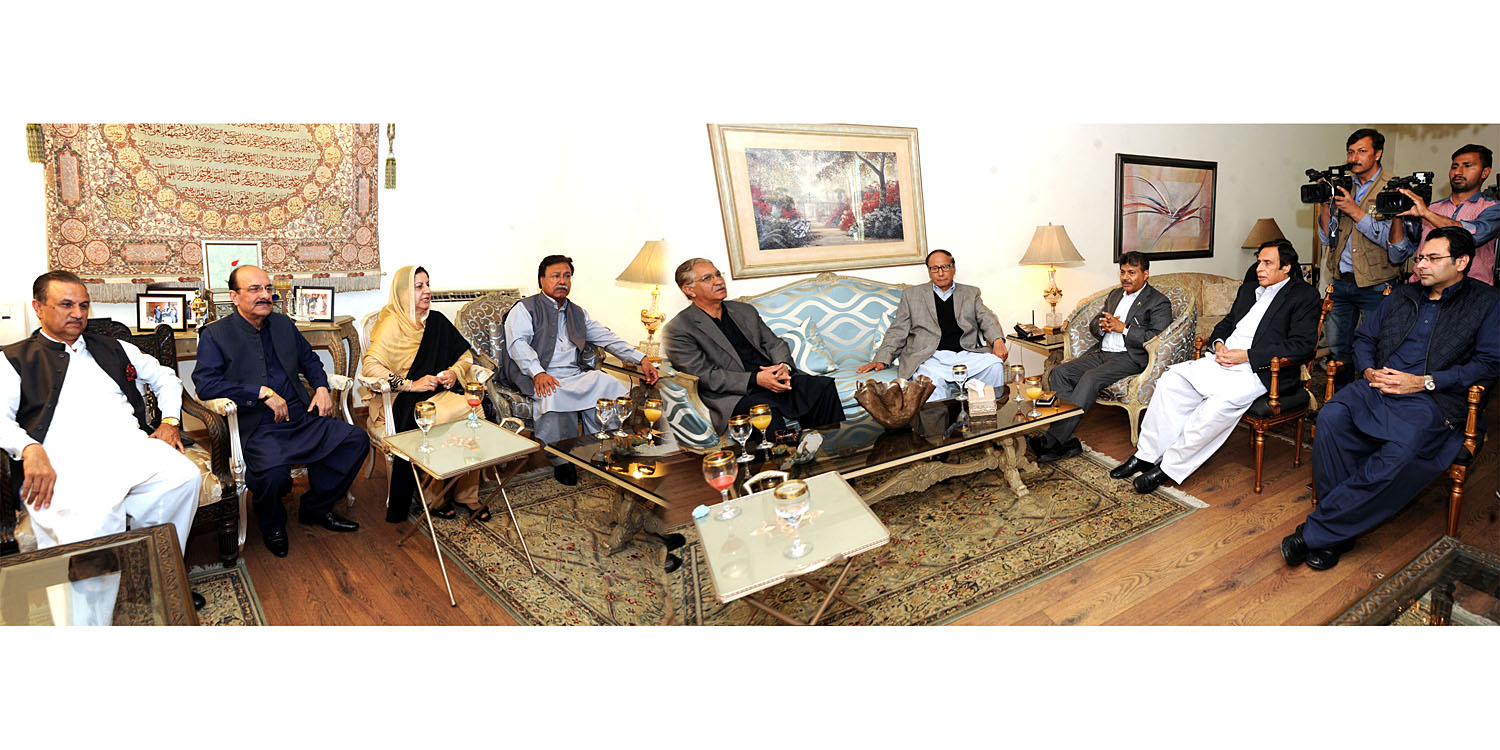 We have been and will continue going wherever required in the interest of the country and the nation: Ch Shujat Hussain

Will participate in the APC, N-League has made the military courts bill controversial by amending on its own, PML President

Lahore: 26-02-2017: Pakistan Muslim League (PML) President and former Prime Minister Ch Shujat Hussain has said that in the interest of the country and the nation we have been going and will continue going in future also wherever required, PML will also participate in the All Parties Conference (APC) convened by Peoples Party over military courts extension issue.

He said this in the press briefing after meeting with a high-level delegation of Peoples Party.

Expressing gratitude for accepting the invitation former Chairman Senate Senator Nayyer Bokhari and Senator Abdul Qayyum Soomro said that Peoples Party is holding this APC owning to worst circumstances prevailing in the country and the attitude of the ruling party.

Saying thanks to the Peoples Party delegation, Ch Shujat Hussain said that whenever invited over any matter concerning country, nation and people we have not remained behind and fully participate, now we will also attend this meeting for evolving consensus over military courts bill, N-League has made the military courts bill controversial by amending it on its own.

He said that he had raised the objection in the All Parties Conference regarding National Action Plan that in the bill for setting up of military courts word educational institutions be used instead of madaris but then his suggestion was not okayed and afterwards heavy price was paid. He said nobody’s interest should be over and above the national interest. #