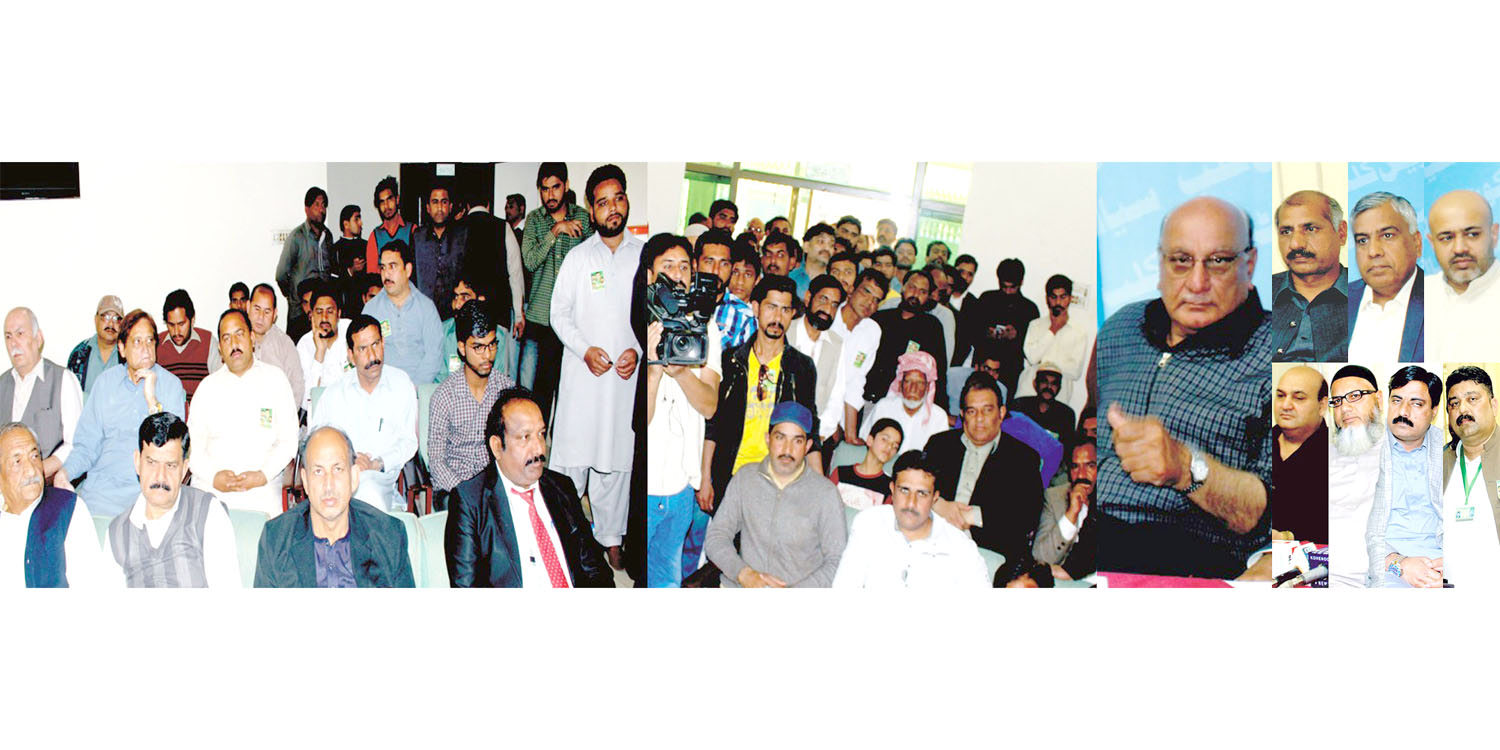 Lahore (March 06, 2017) Pakistan Muslim League (PML) Punjab Chief Organizer and former provincial Law Minister Muhammad Basharat Raja has said that objectives for which Pakistan had come into existences have not been achieved till today, people are suffering from host of problems and running around for medical treatment, ventilators are not available for patients in big cities hospitals even, there are only 7 ventilators in big city like Rawalpindi which is a big joke with the people.

He said that economic circumstances of atomic Pakistan are highly questionable, rulers have put intolerable weight of loans on the country, even new born children of the rulers own billions of rupees whereas children in industrial city like Sialkot are forced to do work, nations only progress if economic and social justice is available but only one family is progressing and the entire country is being pushed under loans.

Maqsood Sulehria said that importance and worth of establishment should be asked from people who sacrificed their sons, this is shameful for us that doctors instead of treating patients in the hospitals and teachers instead of teaching children are protesting on roads for protection of their jobs, mothers are throwing their children into canals out of poverty, it is a matter of great shame that we cannot run a big steel mill even. #