Breaking News
Home / News / English News / Whatever verdict of Panama case may be, “chor chor” has been throughout the world: Ch Parvez Elahi 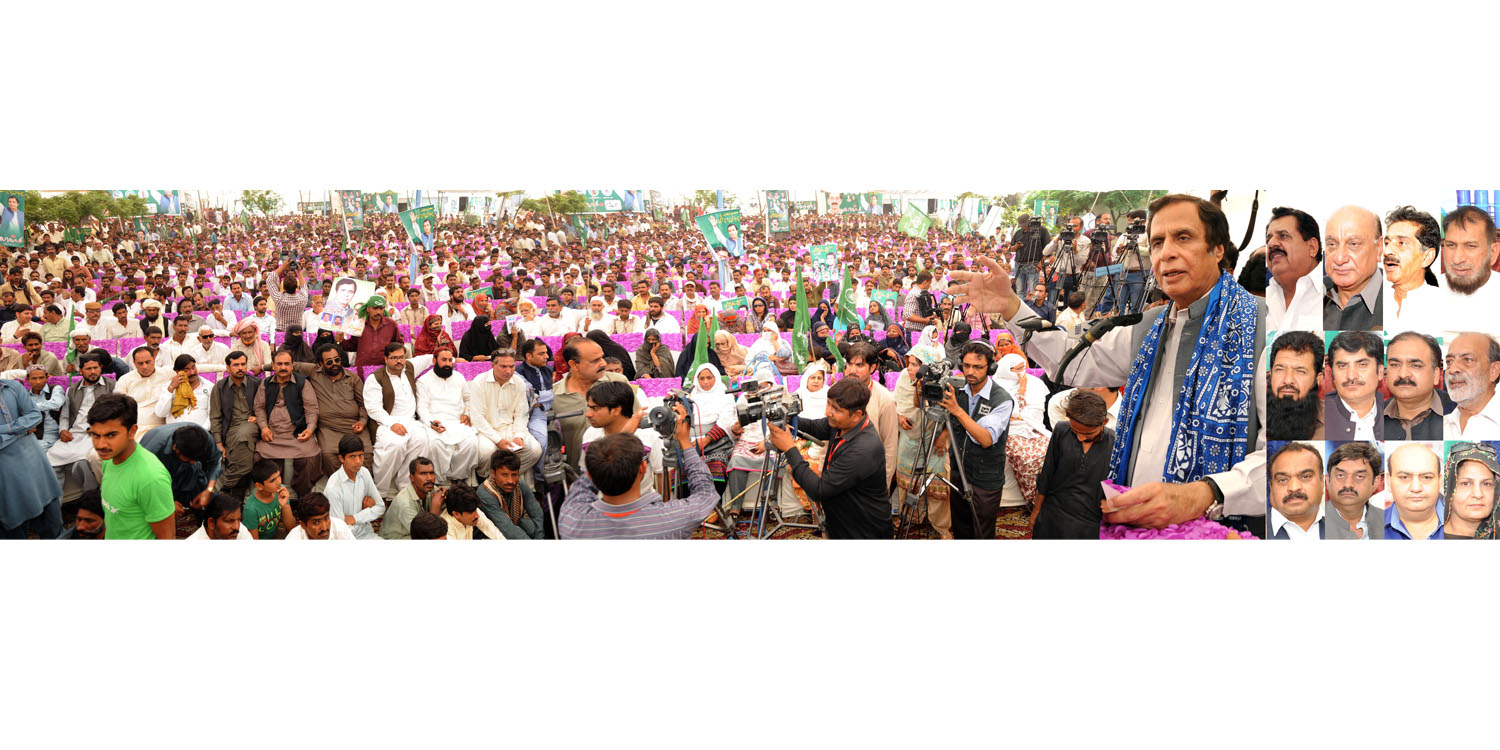 Whatever verdict of Panama case may be, “chor chor” has been throughout the world: Ch Parvez Elahi

People have thrown out of their hearts those who made their lives miserable, address at grand convention in Multan, large number of women also participated

Lahore/Multan: 26-03-2017: Pakistan Muslim League (PML) senior central leader and former Deputy Prime Minister Ch Parvez Elahi has said that whatever verdict of the Panama case against the rulers may come, “chor chor” (thief, thief) has been throughout the world, the rulers are breathing their last, they are alive only in government advertisements, anti-poor, farmer and workers rulers and N-League who made lives of the people miserable have been thrown out of their hearts by the people, copying our Rescue 1122 service and other welfare projects they are staging flop dramas of motor cycle ambulance and mobile hospitals and during their tenure there is no education in schools. No medicine in hospitals and no law and order anywhere.

He said this while addressing grand Workers Convention at Abbaspur in Multan today which was participated by farmers, workers, lawyers as well as women besides people from all spheres of life in large number who kept raising enthusiastic slogans throughout the proceedings.

Ch Parvez Elahi said that people of Multan has won his heart, government in the name is not visible anywhere, two brothers utilizing funds of entire Punjab in Lahore are earning commission, they are not concerned about grievances and problems of the people, they are only staging dramas of sympathy, one brother is giving hospitals on contract and other brother is doing health card drama, where poor man should go with health card.

He said that Shehbaz Sharif had made mobile hospital as compared to our 1122 but where they are now, how patient will go to the hospital on motor cycle ambulance. He said that Shehbaz Sharif had closed down ten thousand schools and another ten thousand schools are being leased out to NGOs on contract, elder brother is keen to please anti-Pakistan Modi while he is continuously doing shelling on our borders and martyring our jawans.

He said we had established patrolling posts for reducing crime but he rejected this project, Motto Gang has not been able to control Chottu Gang, for controlling Chottu gang, floods and even for holding of cricket match army is called out, if all works are to be done by the army then they have to do. He said we are farmer and we had provided record facilities to the farmers, Taunsa Barrage extension was undertaken, water was ensure till tail, 40 small dams were constructed, thousands of acres of land was provided water, established institutions for beggars, deaf and dumb children, we had worked for betterment of common and poor man, our era of peoples prosperity will come once again and we will render still better service than before.

Tariq Bashir Cheema said that we cannot forget Ch Parvez Elahi who had worked for removal of deprivations of backward areas, was first to announce making South Punjab a separate province, rulers told lie to the people and got passed resolutions for a separate province but no further action was taken afterwards, our every child is under debt of lakhs of rupees and the prime minister is cutting ribbons of show off projects of billions of rupees, people are facing death due to hunger and the prime minister is undertaking foreign trips.

Welcoming Ch Parvez Elahi, Malik Mureed Abbas Bappi and Sardar Arif Gurmani said that we do not demand of the rulers to make us capitalist like themselves but our wish is only that everyone should get roti with respect the respect which Ch Parvez Elahi had given to the people. #