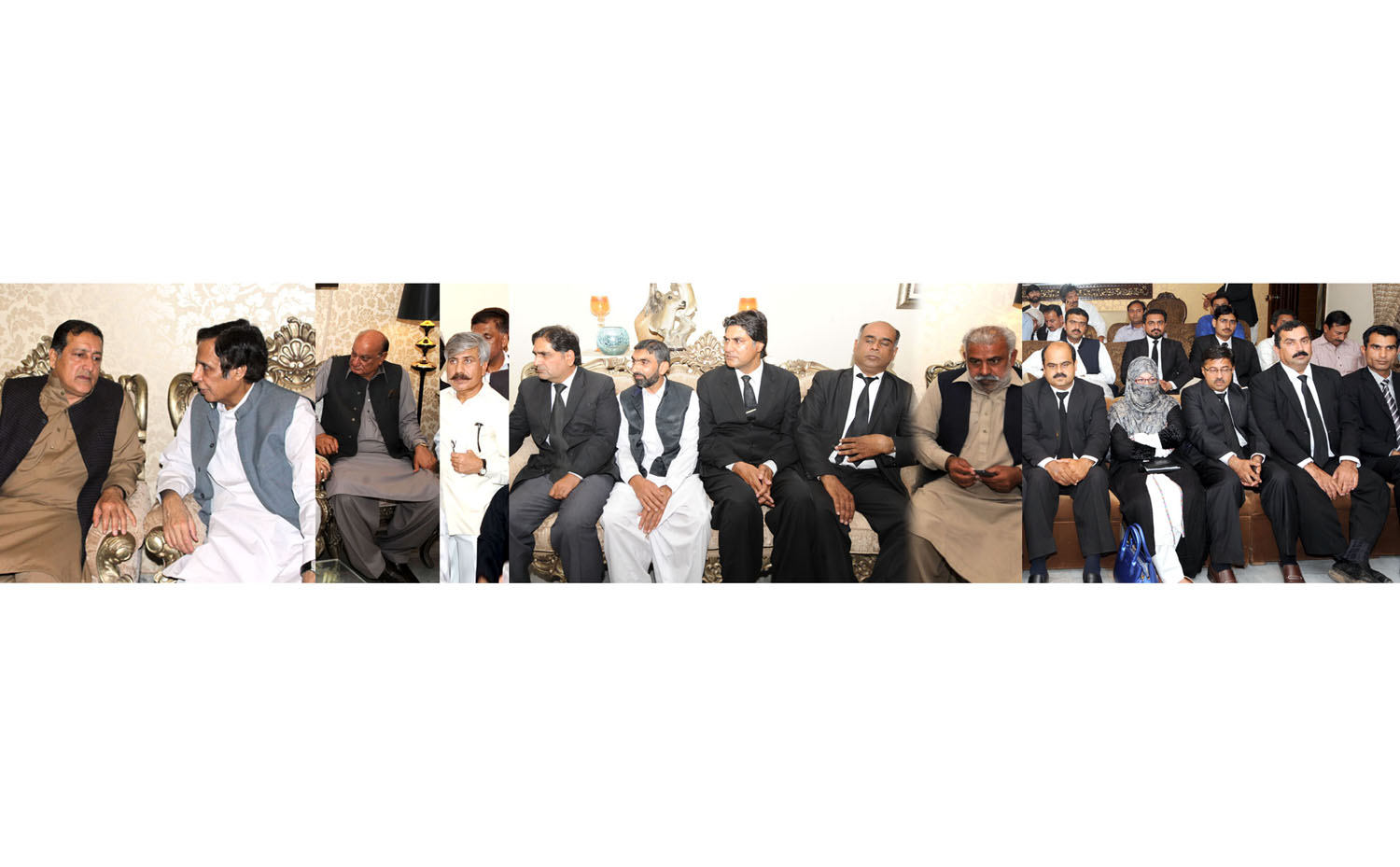 On this occasion, President High Court Bar Multan Sher Zaman Qureshi advocate, President District Bar Multan Yousuf Zubair and other lawyers representatives said that prosecution service and consumer courts established by your government benefitted common man and cheap justice was provided and writ of law was strengthened, on coming into power Shehbaz Sharif stopped facility of free and immediate government treatment facility to the lawyers given by you which we got restored through judiciary.

Lawyers elected representatives further said that Pakistan Muslim League (PML) under leadership of Ch Shujat Hussain and you has always supported the lawyers, revolutionary and ideal facilities provided the lawyers during tenure of your government and practical, effective and immediate steps taken for common and poor man are unforgettable.

Ch Parvez Elahi said that lawyers community has always supported us, in our measures for the provision of cheap and quick justice to the people role of lawyers is very important, the way PML-backed lawyers were made victorious in the elections of Multan and other bar associations of South Punjab we are heartily grateful to them.

Muhammad Yousuf Zubair further said that lawyers community has always remained first preference of Ch Parvez Elahi, he ensured provision of adequate funds to every district and tehsil bars throughout the province, alongside free and immediate treatment of lawyers community in the government hospitals also established separate counter for this purpose, made lawyer condition compulsory for drafting of all legal documents, registries etc, established judicial complexes in all districts, established residential colonies in different districts for lawyers and appointed intelligent and competent legal advisors in all government departments. #