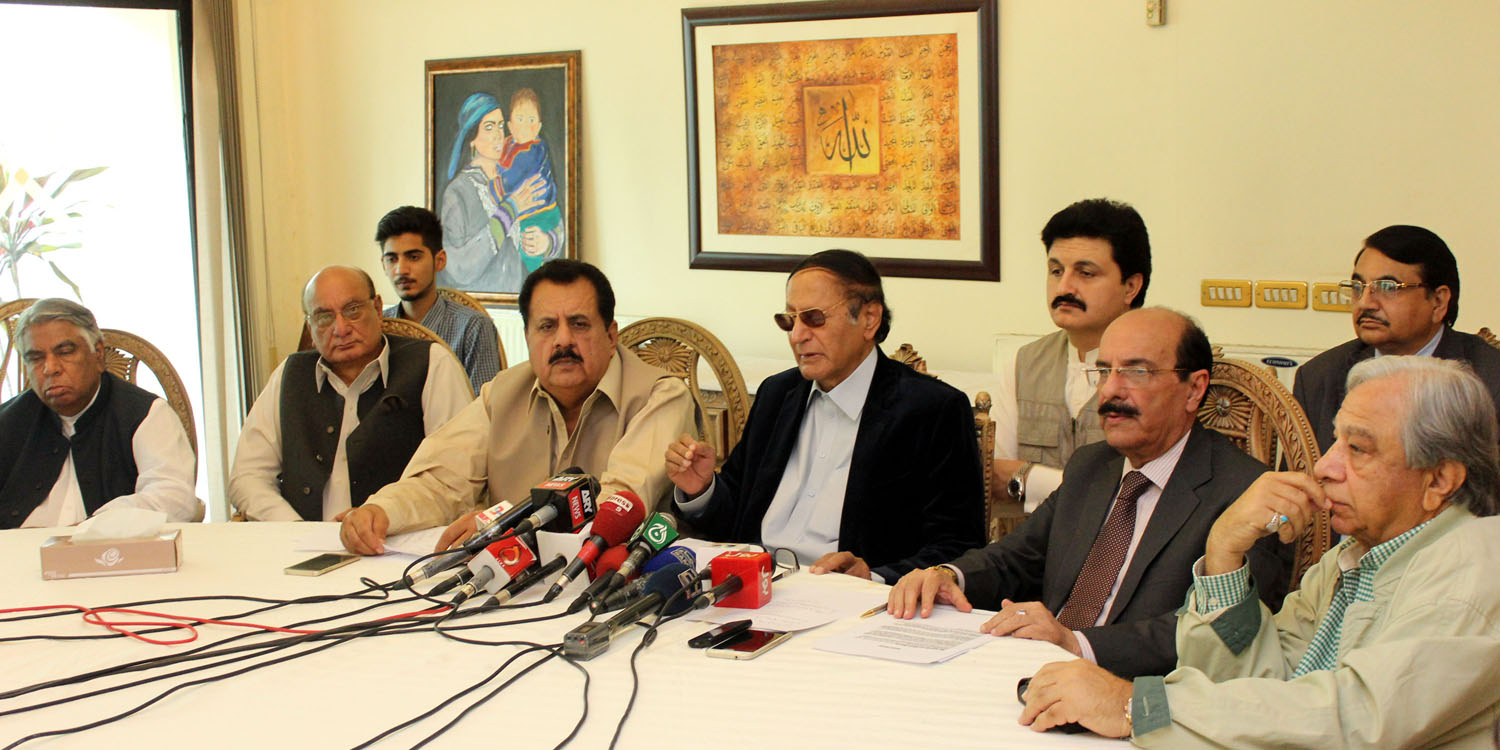 Nawaz Sharif lost right of prime minister-ship, should quit office as he has not been given clean chit: Ch Shujat Hussain

Other three judges had not disagreed with two judges not declaring the PM as “Sadiq & Ameen”, silence is half endorsement, press conference

Lahore/Islamabad: 20-04-2017: Pakistan Muslim League (PML) President and former Prime Minister Ch Shujat Hussain has said that Nawaz Sharif has lost the right of prime minister-ship after the verdict of the Supreme Court, he has not been given clean chit, none out of five learned judges had not declared him as “Sadiq & Ameen”, he should better quit the office. He said this while talking to media along with Senator Kamil Ali Agha, MNA Tariq Bashir Cheema, Mohammad Basharat Raja, Dr Khalid Ranjha, Syed Dilawar Abbas and Ajmal Khan Wazir here Thursday. Ch Shujat Hussain said that two learned judges had disqualified the prime minister on not being “Sadiq & Ameen” while three other judges had also not disagree with their stance, silence is half endorsement, they talked about further investigation and not at all acquit the prime minister nor said that he (PM) is “Sadiq & Ameen”, in the light of present verdict the prime minister has no justification to remain in the office because he is not “Sadiq & Ameen” and decision of the two judges is the verdict of the whole Supreme Court and voice of the heart of the nation, two learned judges who have disqualified the prime minister are the future Chief Justices and we should not ignore this fact. Ch Shujat Hussain further said that justice is not expected from joint investigation team which will be comprised of the institutions about whom the Supreme Court had been showing no trust during trial and questions were raised about whose performance, to meet the requirement of justice the prime minister should resign immediately. He said that the prime minister should have resigned morally earlier on. Ch Shujat Hussain said that the ministers had not read the order but distributed sweets and chanted slogans, Nawaz Sharif has no justification to continue as the prime minister, if he has some consideration then he should resign forthwith and after resignation appear before JIT. Ch Shujat Hussain further said that he would certainly like to talk about Imran Khan here whose continued efforts and struggle kept Panama case alive and the credit goes to him for this. On a question, he said that meetings with Imran Khan do take place. # 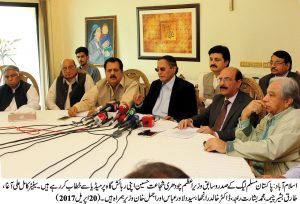