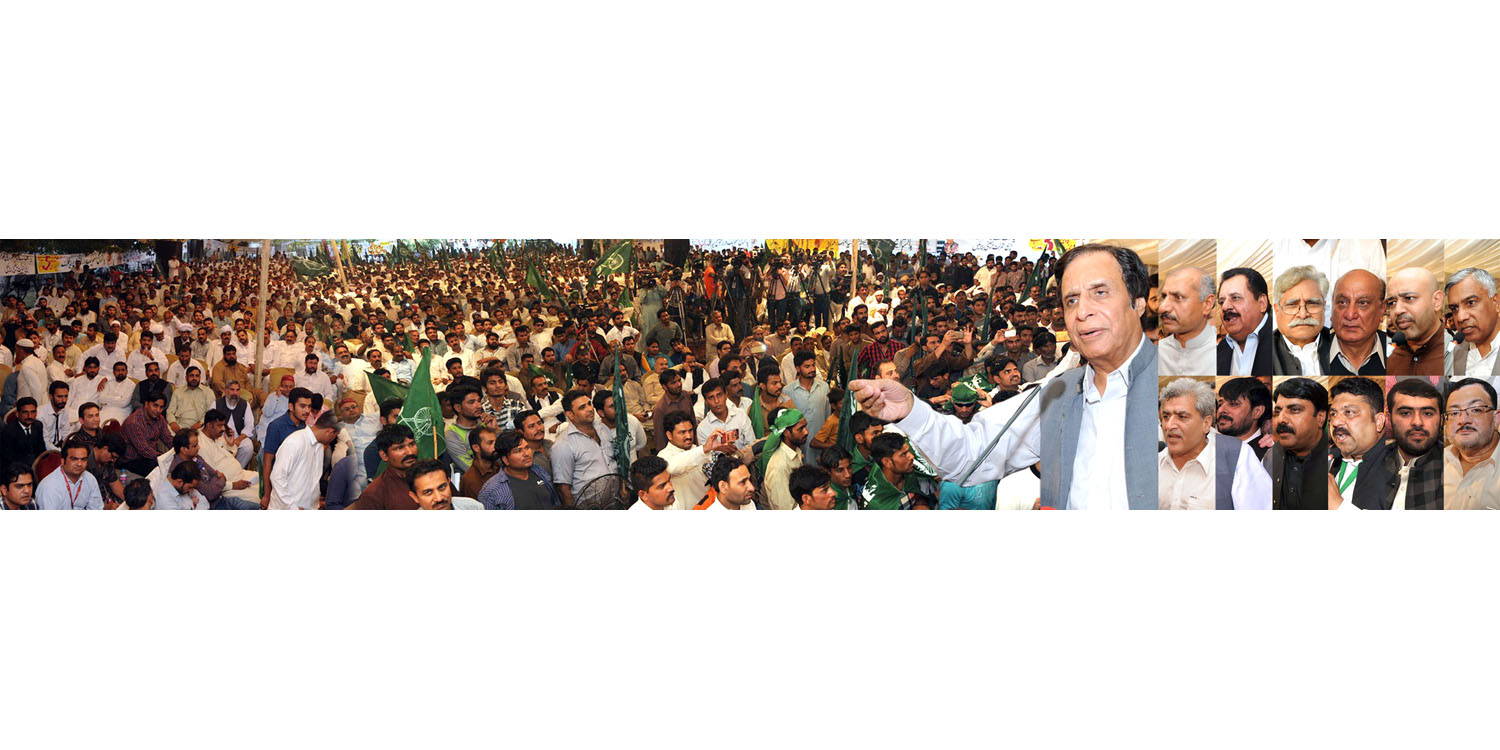 Rulers were continuing theft, they have been caught now: Ch Parvez Elahi

Shehbaz Sharif said rightly people will not forget for 40 years for ruining Punjab and farmers, devastation of government hospitals and schools and for flop schemes

No judge of the Supreme Court has even one word in their favour, Nawaz, Shehbaz Sharif have lost reputation internationally as well, address at grand Workers Convention in Sialkot

Lahore/Sialkot: 27-04-2017: Pakistan Muslim League (PML) senior central leader and former Deputy Prime Minister Ch Parvez Elahi has said that the rulers were continuously committing theft, they have been caught now, without construction of Kalabagh dam neither cheap electricity will become available in Pakistan nor farmer will become prosperous, pray to Almighty Allah that Supreme Court’s constitute JIT retains honour, Panama JIT grave is not added into JITs graveyard, Shehbaz Sharif said rightly because for destruction of Punjab and the farmers, ruination of government hospitals and schools and dollar making flop schemes people will not forget him for 40 years.

He said that not a single judge of the Supreme Court had said even one word in their favour, Nawaz Sharif and Shehbaz Sharif have lost their reputation at the international level also.

He said this while addressing a big Workers Convention in Sialkot today (Thursday) which was also addressed by Tariq Bashir Cheema, Ch Maqsood Sulehria, Bao Rizwan, Saleem Baryar, Zulfiqar Ghumman and Sadaf Butt. On this occasion, Tariq Bashir Cheema speech was also relayed for the people in which he had exposed N-League. On arrival, , Ch Parvez Elahi was very enthusiastically welcomed, participants kept chanting slogans in support of Ch Shujat Hussain, Moonis Elahi besides Ch Parvez Elahi and Go Nawaz Go throughout the proceedings of the convention.

Ch Parvez Elahi said that from the verdict of the five judges of the Supreme Court it is clear that they are thief, Pakistan is being greatly defamed internationally because of Nawaz Sharif and Shehbaz Sharif, if they have some realization they should resign forthwith, despite Nawaz Sharif being described by the Supreme Court as godfather, chief of the corrupt mafia, they are waiting for JIT on this hope so that they can have result of their choice.

He said they have been caught Hudaibia Papers Mills and money laundering case and then they raise slogan of electricity is coming, they inaugurate one power plat alone in a year five times but electricity is still not meeting the demand, Nawaz Sharif and Shehbaz Sharif get slogans chanted that their projects will be remembered for 40 years. He said their dollar making but flop schemes topped by Tandoor Scheme, Ashiana Scheme, Sasti Roti and Danish School will certainly be remembered for 40 years, they have even eaten medicines of the hospitals, “patients are cursing you with both hands”.

Continuing Ch Parvez Elahi said that he had not got constructed Wazirabad Cardiology Hospital and double road from there up to Sialkot for himself but for the people, “you remove my plaque and put your two plaques there but do not take lives of the patients, we had spent lot of funds for making Sialkot modern, by stopping our Lahore-Sialkot motorway project two engineering universities of Sweden and Germany which were to be established here had gone to India because of adamant attitude of Shehbaz Sharif, Nawaz Sharif had cut the same ribbon for this motorway for which I had laid the foundation stone”.

He said further that today the farmer is crying on seeing his ready wheat crop being destroyed, during our tenure the government used to procure every grain from the farmers, ” I was worried more than the farmers for good seed, fertilizer, water and gunny bags, half bill of agriculture tube-well was paid by Punjab government, on coming power Shehbaz Sharif withdrawn all facilities including half electricity bill, levied tax on small farmers and houses, “if we succeed then I promise that we will give you cheap electricity at the rate of Rs 3 per unit and clean water through Kalabagh dam”.

He said that both these brothers have ruled, Panama catch has come from Allah, the biggest court of Pakistan Supreme Court has also now declared them as thieves and dacoits. He said Shehbaz Sharif is spending 63 per cent of the Punjab budget on show off projects in Lahore, people of Punjab should rise and raise voice for their right.

He said both the brothers had announced that gold has been discovered in Chiniot and “I ask him as to where that gold is now”. He said conditions of the hospitals of Punjab is deteriorating and worsening with every passing day, if they even sneeze once they rush to London for treatment, they should also worry about the people.