Breaking News
Home / News / English News / Decision is to be taken by Supreme Court not by JIT, for justice all parties are with it: Ch Shujat Hussain 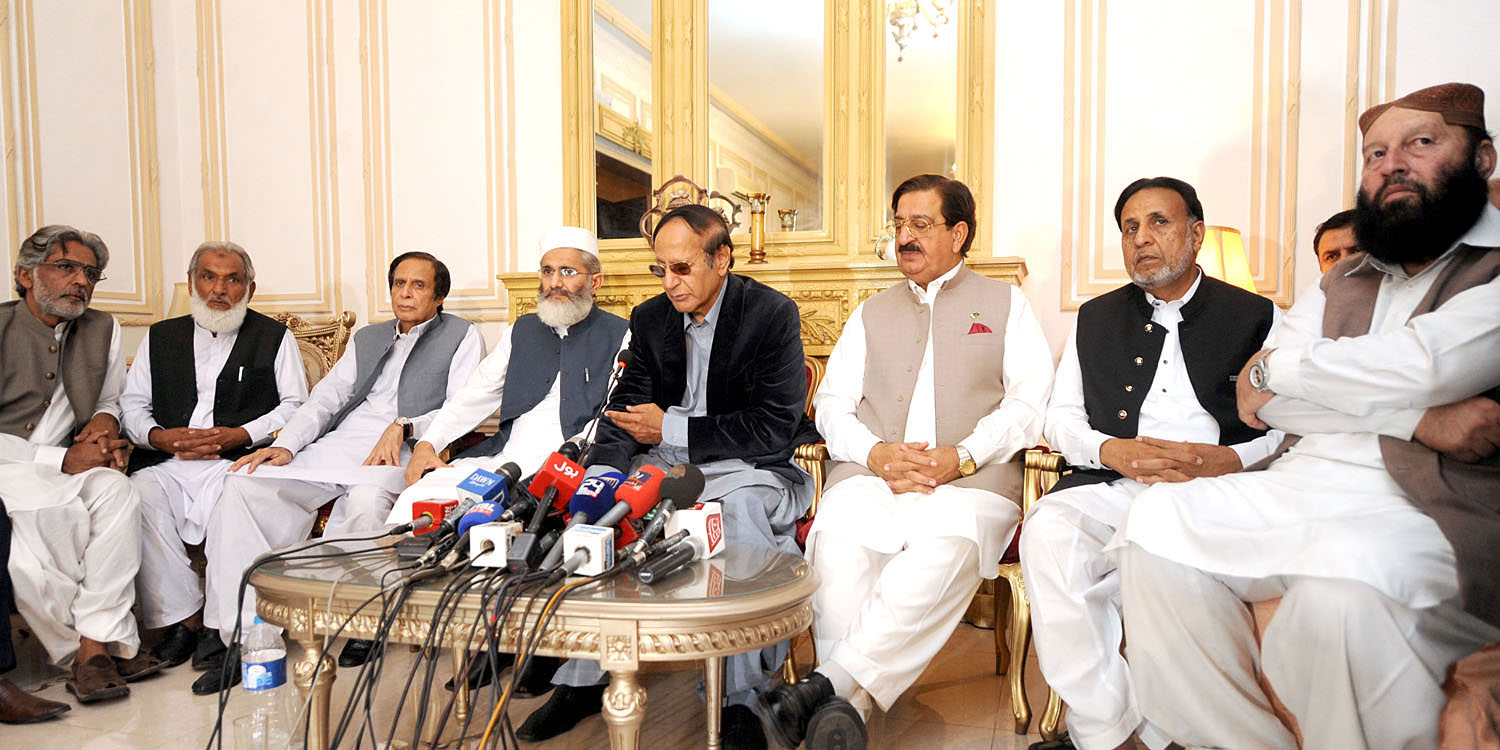 Decision is to be taken by Supreme Court not by JIT, for justice all parties are with it: Ch Shujat Hussain

People vote for us but these are found in opponents boxes, Ch Parvez Elahi

Nawaz Sharif should not exercise powers of PM till Panama case decision, movement to be launched on Model Town tragedy

Lahore: 12-06-2017: Pakistan Muslim League (PML) President and former Prime Minister Ch Shujat Hussain has said that JIT is not the deciding authority, decision is to be taken by the Supreme Court.

He said this while addressing a joint press conference along with Senator Sirajul Haq, Pakistan Awami Tehrik’s Khurrum Nawaz Gandapur, PTI’s Mian Mahmudul Rashid and other leaders after hosting Iftar dinner in honour of Ameer Jamaat-e-Islami on his and on behalf of Ch Parvez Elahi here this (Monday) evening.

On a question that Dr Tahirul Qadri has termed JIT as Election Cell of N-League, Ch Shujat Hussain said that JIT is not the deciding authority, decision is to be taken by the Supreme Court, “I had a telephonic conversation with Dr Tahirul Qadri today and we will meet shortly in this regard”, for justice all parties are with the Supreme Court and they should stand with it.

Opposition parties leaders attending Iftar dinner on a proposal from Ch Shujat Hussain unanimously decided that a committee comprising all parties within and outside the parliament be formed for electoral reforms, it will be headed by Senator Sirajul Haq who will convene an All Parties Conference in this regard after Eid.

All leaders fully supported Electoral Reforms Committee and said that for transparent, neat and rigging free next elections electoral reforms are essential but the government despite agreeing with this do not want electoral reforms although more than two thousand suggestions have so far been received by the Parliamentary Committee.

These leaders emphasized that Nawaz Sharif should not exercise powers as the prime minister till the decision of Panama case. Demanding the culprits of Model Town tragedy be given exemplary punishment, they said that nothing has happened in three years as such nothing like major or minor movement will not be avoided.

Talking to the media, Ch Shujat Hussain expressed gratitude to all leaders and said that the ruling party wants to make JIT on Panama case controversial, but it is not easy for N-League to attack the Supreme Court once again. In reply to another question he said that photograph of Hussain Nawaz is not an issue, JITwill submit its report to the Supreme Court and the decision which it will take will Insha-Allah be right.

Replying to a question about electoral alliance, Ch Shujat Hussain said that we will go only such parties who will talk only about Pakistan. 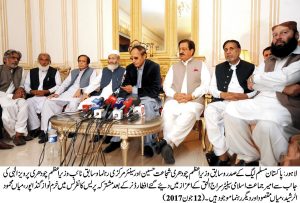