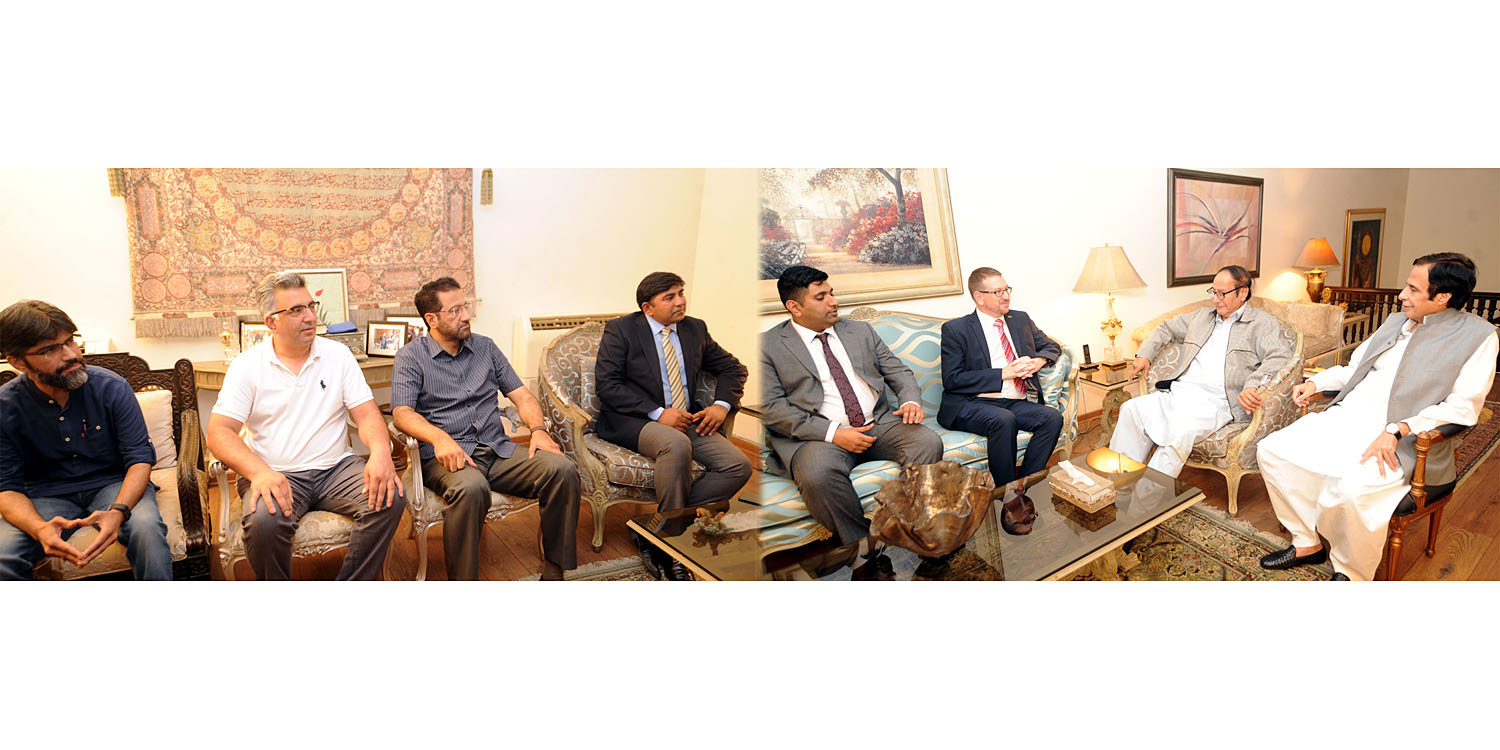 Indian atrocities on Kashmiris be got stopped: Ch Shujat Hussain

Nawaz Sharif did not talk about rights of the Kashmiris and is coming to Lahore as if has conquered Kashmir, has been caught for theft and that too by the Supreme Court, Ch Parvez Elahi

Ch Shujat Hussain and Ch Parvez Elahi emphatically said that the world community and human rights organizations should take notice of Indian atrocities on Kashmiris and take immediate steps to get these stopped. PML leaders also called for further closeness and improvement in Pak-Britain relations.

Mentioning historical between the two countries Andrew Gywnne said that he has come to Pakistan for the first time and was very happy over love, enthusiasm and hospitality of Pakistanis. He said political situation is also changing in Britain and demand for before time election can be made there.

Ch Shujat Hussain further said the leadership of the Kashmiris is in the hands of youth, India cannot suppress their movement through oppression and atrocities, neither peace can be restored nor oppression come to an end without withdrawal of Indian forces from occupied Kashmir.

Talking about situation in Pakistan, he said that questions will continue to be raised about transparency of election sans unanimous electoral reforms and stressed the dire need for immediate electoral reforms.

Commenting on the procession of Nawaz Sharif, Ch Parvez Elahi said that Nawaz Sharif has not talked about rights of Kashmiris but is coming to Lahore as if he is coming after conquering Kashmir whereas he has caught for theft and that too by the Supreme Court and disqualified him.

He said during tenure of his chief minister-ship in Punjab, he had started Rescue Service 1122 on the pattern of Britain but our response time was less than there, likewise for improvement in health and education sectors we had lot of work but regretfully present rulers have done nothing for the people and Nawaz Sharif is repeating his past mistakes. #