Breaking News
Home / News / English News / My mission is to bring together all Muslim Leaguers in all parties: Ch Shujat Hussain 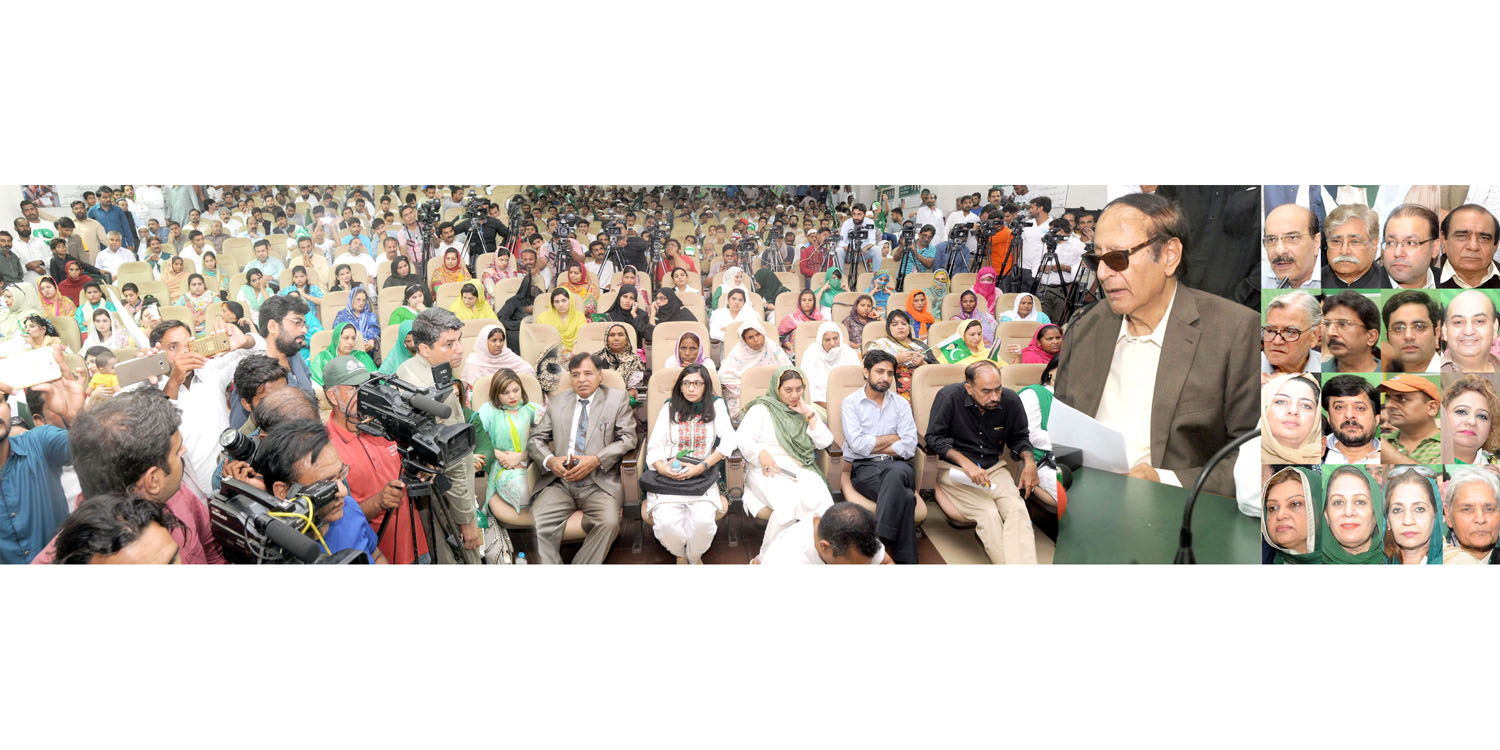 My mission is to bring together all Muslim Leaguers in all parties: Ch Shujat Hussain

They are surely to be convicted in Model Town tragedy for murder of 14 innocents, Nawaz Sharif wants such Pakistan in which he is free to do corruption and what he likes

Pay tributes to Supreme Court judges for their patience, address to big gathering at PML House after flag hoisting

Lahore: 14-08-2017: Pakistan Muslim League (PML) President and former Prime Minister Ch Shujat Hussain has said that his mission is to gather together all Muslim Leaguers in all parties, Nawaz Sharif, Shehbaz Sharif and their colleagues will surely be convicted in Model Town tragedy for murder of 14 innocents, Nawaz Sharif is repeatedly asking what is crime but every time he himself takes “panga” and hit, he wants such Pakistan where he is free to do corruption and what he likes.

Ch Shujat Hussain said that even after 70 years effort is being made to shake foundations of Pakistan externally and internally taking notice of which is duty of every Pakistani, Nawaz Sharif was told by the biggest court of the country that he is not “sadiq & ameen” and has told lie to the entire nation, firstly Nawaz Sharif said that he will accept every verdict of the Supreme Court but after the verdict speaking in Gujjar Khan he said that 20 crore people had made him the prime minister and five learned judges have removed hi, in Dina he only said 5 judges, five persons in Lala Musa and in Gujranwala said few people have ousted him, “I feared that he may start hurling abuses by the time he reaches Lahore but still he did not left out anything”.

He said “I pay tributes to the judges of the Supreme Court who are hearing and viewing everything with great patience and serenity that the way Nawaz Sharif is hurting the prestige of the courts and giving an impression in the masses that the verdict should not be accepted’.

Ch Shujat Hussain further said that Nawaz Sharif has also forgotten all values and traditions and in this corruption and falsehood he has even not spared Maryam Nawaz “who is like my daughter” and got her signature on the fake documents as well.

He said that N-League do not want to make new constitution but to create chaos in the country, he now says he will change fate of the people and will make new Pakistan, fate is I the hands of Almighty Allah, he is making claims with great proudness which Allah does not like. He said ” we do not new or his Pakistan but the same Pakistan which was created by the Quaid-i-Azam, we want to run Quaid-i-Azam’s Pakistan according to his ideology and dreams of Allama Iqbal”.

He said that Imran Khan has key role in bringing the matter to this far and he will also talk to him that he should affix any other word with Pakistan in place of “naya”.

He said that no prime minister has completed his constitutional tenure in 70 years which is wrong, nowhere in the constitution five years tenure of the prime minister is mentioned only assembly tenure is given. Ch Shujat Hussain said that out of panic Nawaz Sharif repeatedly says as to what is crime and then goes on lodging long complaints, in fact he is in habit of hitting after a year or year and half, as the history mentions firstly he took on President Ghulam Ishaq Khan, then took up “phadda” with General Asif, then tried to pull down General Jahangir Karamat but that man with conscious went after tendering resignation and did not bow before him, then he took up “panga” with judge of the Supreme Court Justice Sajjad Ali Shah, got Supreme Court attacked and removed General Pervez Musharraf as the Army Chief when he was on board a plane.

Ch Shujat Hussain said that every child is saying that Nawaz Sharif and his family have committed theft, everywhere slogans of thief, thief are being raised. He asked the journalists they may repeat his old message of Pakistan Ka Matlab Kiya La Illaha Illallah because these days this slogan is not chanted, biggest reason for the internal and external difficulties we face as a nation is that we are going away from La Illaha Illallah, we should stay away from personalized slogan and as a nation give message of solidarity, in future in every meeting of Muslim League this slogan will be chanted.

He said that they had got 14 persons including women and elders murdered in Model Town and is the strongest of all cases against them in which there is no possibility of their being escaped, it is said that if 302 is written on any tree even that goes dry.