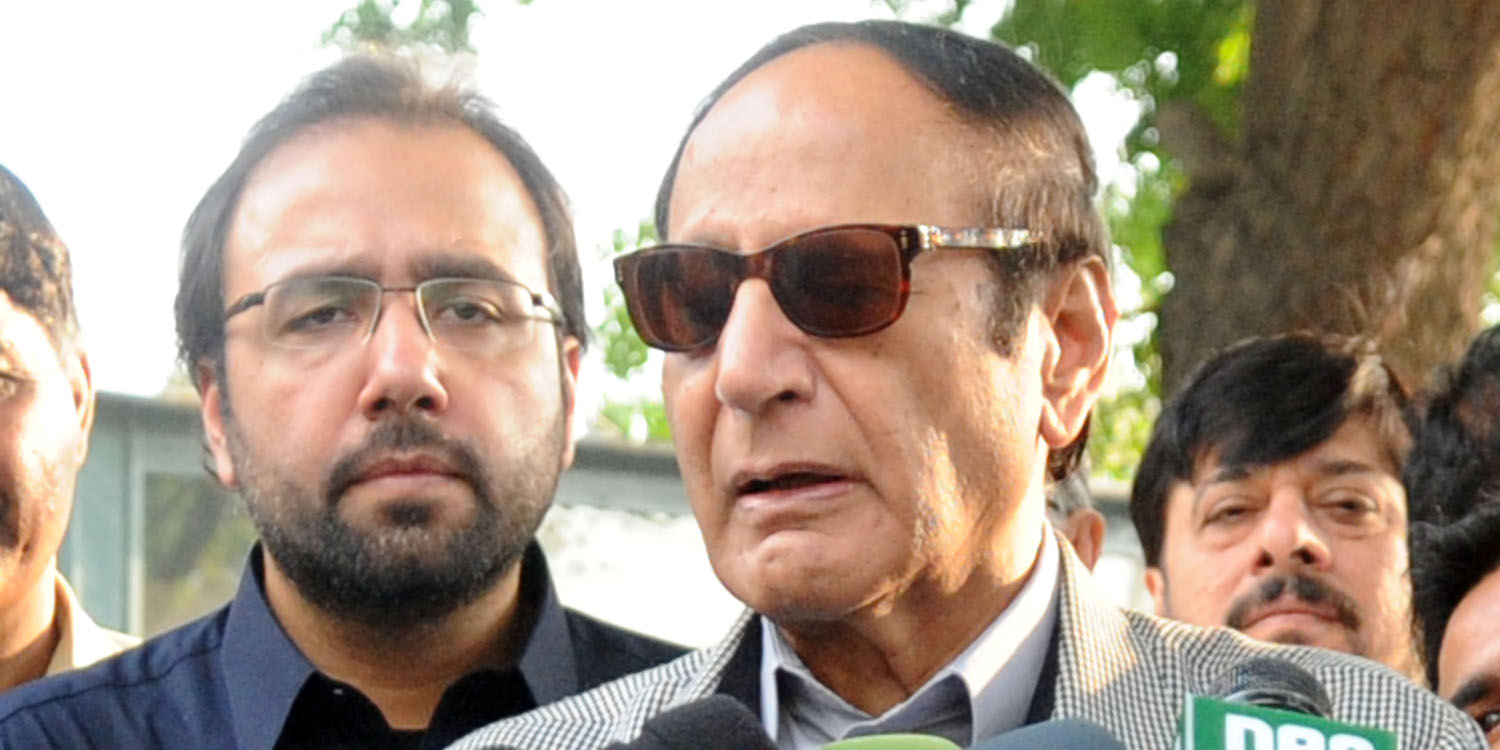 After meeting Syed Ghous Ali Shah along with Tariq Bashir Cheema, Asad Junejo and others leaders while talking to the media along with them, Ch Shujat Hussain said that he is grateful to Ghous Ali Shah for honouring him and his colleagues.

On a question about talking to Nawaz Sharif and Shehbaz Sharif, he said first let the real Muslim Leaguers gather together. .

Syed Ghous Ali Shah said that we have agreed in principles on all matters during meeting with Ch Shujat Hussain. Expressing gratitude to Ch Shujat Hussain for his efforts for unity of the Muslim Leaguers, he said that by all Muslim Leaguers coming together a big party of public service will come into existence, we have agreed in this regard and we have started work on it so that today’s work is done today and it should not be delayed, Muslim League is the party which created Pakistan and when it got weakened then Pakistan was dismembered, Almighty Allah will help us in this good work, hopefully, media people will also support us.

Talking to media, Ch Shujat Hussain said that the path on which the country has been put demands that all Muslim Leaguers should unite so that to face the circumstances, if this did not happen then the circumstances can deteriorate further.

On different questions, Ch Shujat Hussain said that he is on a mission to bring together Muslim Leaguers irrespective in which party they are. On a question about future of Nawaz Sharif, he said so far you are able to see the future of Nawaz Sharif. In reply to another question, he said we will also contact former President Pervez Musharraf if media asked.

In reply to a question about Model Town Lahore tragedy, he said that present situation is from Almighty Allah, innocent women and elderly persons were shot in broad daylight and martyred.

Ch Shujat Hussain said that peace has been restored in Karachi because of Pak Army.

Earlier on arrival in Karachi, he was warmly and enthusiastically received by Sindh Muslim League President Asad Junejo and large number of other leaders and Muslim Leaguers. #