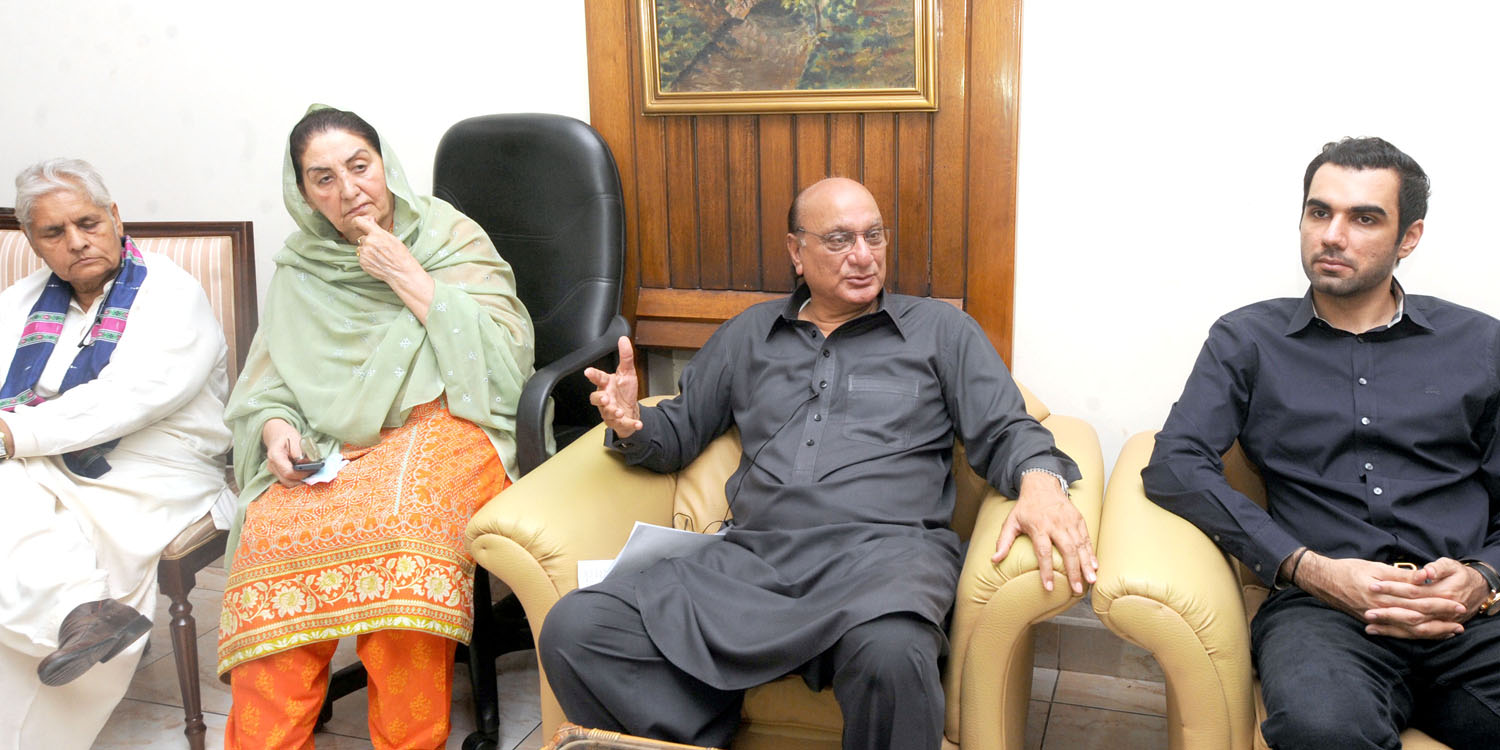 Name of her husband is in NADRA record, passport and ID card, behind this game is her godfather, matter is in court, talk with media

Lahore (August 16, 2017) Pakistan Muslim League (PML) senior leader Muhammad Basharat Raja has said that Seemal Kamran is leveling allegations for acquiring citizenship of USA and UK, in this whole game central character is that of her godfather, her data with NADRA record is registered with name of her husband Kamran Bashir.

Talking to media along with her wife Pari Gul Agha, son Behroze Raja and Muslim League leader Parveen Sikander Gill at his residence here today (Wednesday), he said that this matters is going on for last four, five months but he has been ignoring it, his personality is not such which is being stated, “Seemal Kamran wants to blackmail me, at times poses herself as my legally wedded wife and other time interfering in my personal life makes my relations the family controversial whereas I am leading a happy life with my family, neither I had any link with her earlier nor have now”.

He asked the media representatives to check ID card and passport of Seemal Kamran, in all her husband Kamran Bashir is entered, NADRA data also confirms this.

He said that her claim of nikah with him is based on falsehood, two applications against her for blackmailing, falsehood, cheating and fraud are under process in North Cantt Police Station and one case is pending in the Civil Court Lahore, two legal notices have also been sent to her through lawyer.

Muhammad Basharat Raja further said that Seemal Kamran has filed applications for political asylum in USA and UK, we have informed the US and UK diplomats in this regard that she is doing all this for making her files heavy, in this whole game central character is being played by a godfather, “I have repeatedly said my nikah with her has not been performed, if nikah was held then there would have been witnesses, Nikah Registrar or a maulvi who would have performed nikah.”

In reply to a question, he said that he has never given her any gift nor received the amount for car. # 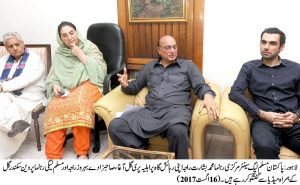