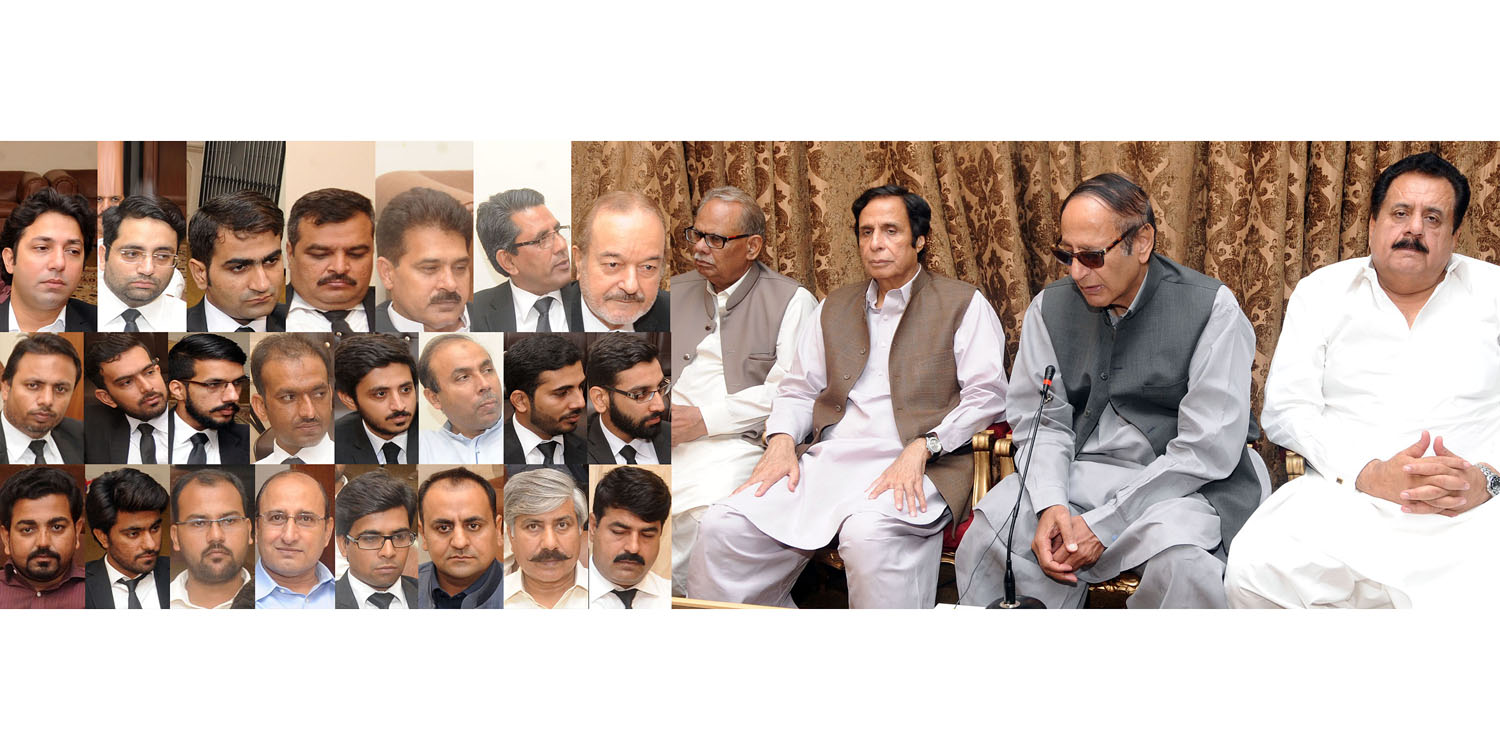 N-League campaign against judiciary highly shameful, every patriotic Pakistani condemns it and is standing with Supreme Court

They said this while welcoming senior advocate Arif Chaudhry and others who announced joining Pakistan Muslim League after calling on them at their residence here today (Saturday). Jahangir A. Jhojha, Rafay Ahmad Khan, Rana Asad Munir and Nasir Ramzan Gujjar were also present on the occasion.

Expressing concern over N-League’s vicious campaign against judiciary, the PML leaders said that the entire nation condemns this and has faith in the historical verdict of the Supreme Court.

Ch Shujat Hussain said that we are on a mission to unite the Muslim Leaguers, in this respect Karachi visit was very successful and many ideological Muslim League leaders joined the party. He said presently there are 20 Muslim Leagues, “my effort is to bring together Muslim League minded persons in these parties who have spirit of Pakistan in them, I also appeal to the lawyers community to also take part in this work quite enthusiastically”.

On this occasion Ch Parvez Elahi said that all judges of the Supreme Court have written new history which entire nation views with great value but N-League has done very shameful and regrettable work and every patriotic Pakistani condemns it.

Senior advocate Arif Chaudhry said that Ch Parvez Elahi government during its 5 years tenure had done historical works for all segments of the society in particular for the welfare and well-being of the lawyers community and provision of cheap and quick justice for the people which will always be remembered. Jahangir A. Jhojha also spoke on this occasion. #