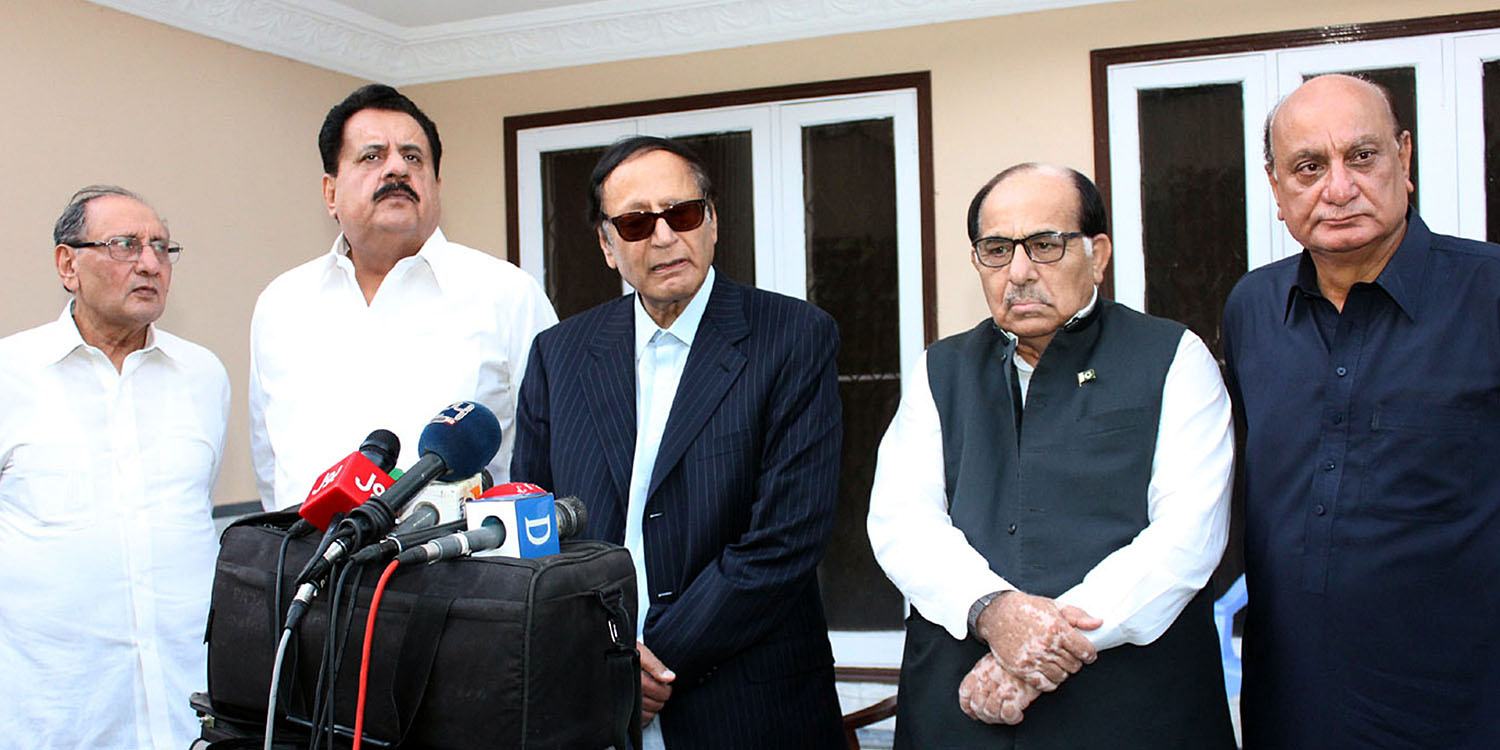 We are with you: N-League leader Zafar Ali Shah’s announcement after meeting with Ch Shujat Hussain

Senior most among the Muslim Leaguers and patriotic politician Ch Shujat Hussain is very much concerned about Pakistan and the institutions, whatever he is doing is quite appreciable, Zafar Ali Shah

On this occasion, he was accompanied by Secretary General and MNA Tariq Bashir Cheema and central leader Muhammad Basharat Raja.

Ch Shujat Hussain said that he has never seen such bad time in the history of Pakistan, “I have been in politics for 40 years, this is highly deplorable that attempt is being to lower the judiciary in the eyes of the people, but this will happen Inshallah”. He Paid tributes to the judges who are withstanding all this with great courage and large hearts and showing tolerance otherwise if they want they can today send all of them to jail.

Ch Shujat Hussain said he will be meeting people who love Pakistaniyet because this the important need of the time. He said in the prevailing circumstances we should sit together with friends and take them and our elders along. Praising Syed Zafar Ali Shah, he said that he talks truth and right things with great courage while staying in the party, “I have held talks with him today, we will also be meeting more people because the present rulers have brought the country to such place, what to talk about being declared bankrupt, they are taking it to other things, as such we should all get together first for all for Pakistan.

Expressing gratitude to Syed Zafar Ali Shah, he requested to keep informing us also with his truth and wisdom.

Ch Shujat Hussain said that we had opposed the Election Reforms Bill but we did not have the majority, holding of election sans electoral reforms is of no use. He said that we will strongly oppose change in Article 62, 63 of the Constitution or for reduction in sentence under these in the law in the bill introduced by the Law Minister, they are thieves and as such they are being hurt by these Article we are hurt by these.

Tariq Bashir Cheema said under these very Articles, 12, 13 MNAs were disqualified but then they felt about effecting amendment but today whatever they are doing their objective and intention is not right, we will also oppose this fully.

Responding to questions from the media, Syed Zafar Ali Shah said that Pakistan is passing through great crisis, in view of these circumstances Ch Shujat Hussain as the senior most Muslim Leaguer and patriotic politician has taken this step and has come out of his house and meeting different Muslim Leaguers ” I think this only a “hamdard” and patriotic politician can do and his this commendable step is highly appreciable”. He said that everyone has own party but senior most Muslim Leaguer and patriotic politician Ch Shujat Hussain’s going to Karachi, Islamabad and Peshawar every now and then proves that he has great concern for Pakistan and national institutions of Pakistan. “Ch Shujat Hussain only talks about Pakistan and for this for security of Pakistan and national institutions we are with him”. # 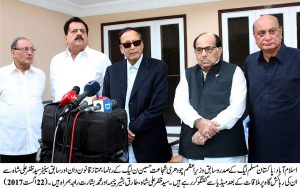