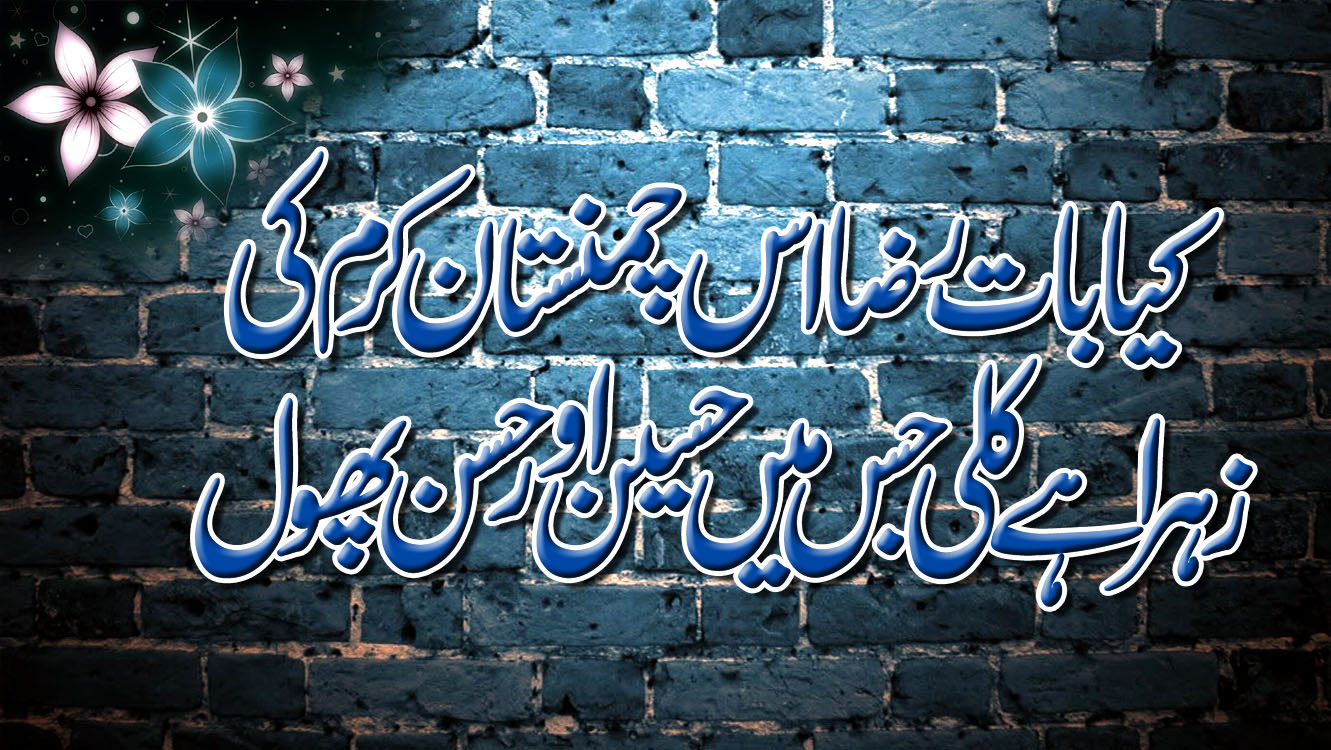 Those who offer sacrifice for own religion, faith, nation and country live forever, sacrifice and unity of Shuhda-e-Karbala be made beacon-light: Message on Youm-e-Ashoor

Lahore: 30-09-2017: Pakistan Muslim League (PML) President and former Prime Minister Ch Shujat Hussain, senior central leader and former Deputy Prime Minister Ch Parvez Elahi and Moonis Elahi have in their messages on Youm-e-Ashoor have said that grandson of the Holy Prophet (ﷺ) and son of Batool (رضی اللہ عنہا) Hazrat Imam Hussain (رضی اللہ عنہ) by offering great sacrifice along with Ahl-e-Bait has given us a lesson to stay steadfast against oppressive and evil forces and not caring for numerical strength, arms and weapons he fought with courage and full force for elimination of oppression and injustice and for supremacy of own religion and principles and proved those who offer sacrifice for own faith, nation and country live forever.

The PML leaders said that today it is the bounden duty of every Muslim particularly every Pakistani to make sacrifice and unity of Shuhda-e-Karbala beacon-light and by forgetting all their vested and political interests demonstrate complete unity, discipline, tolerance and sacrifice in their ranks, make characters of Shuhda-e-Karbala their beacon-light, give preference to truthfulness and righteousness, honesty and national interests over their personal, party and political interests and bring into full play all their energies for safeguarding and protecting security and solidarity of Pakistan, progress and development of the country, prosperity and for welfare and well-being of the poor and common man because this is the only best way to pay homage to Hazrat Imam Hussain his great colleagues that we make their teachings and practices our beacon-light and become a solid and strong wall to safeguard the God-given country from hostilities, conspiracies and activities of internal and external enemies. #