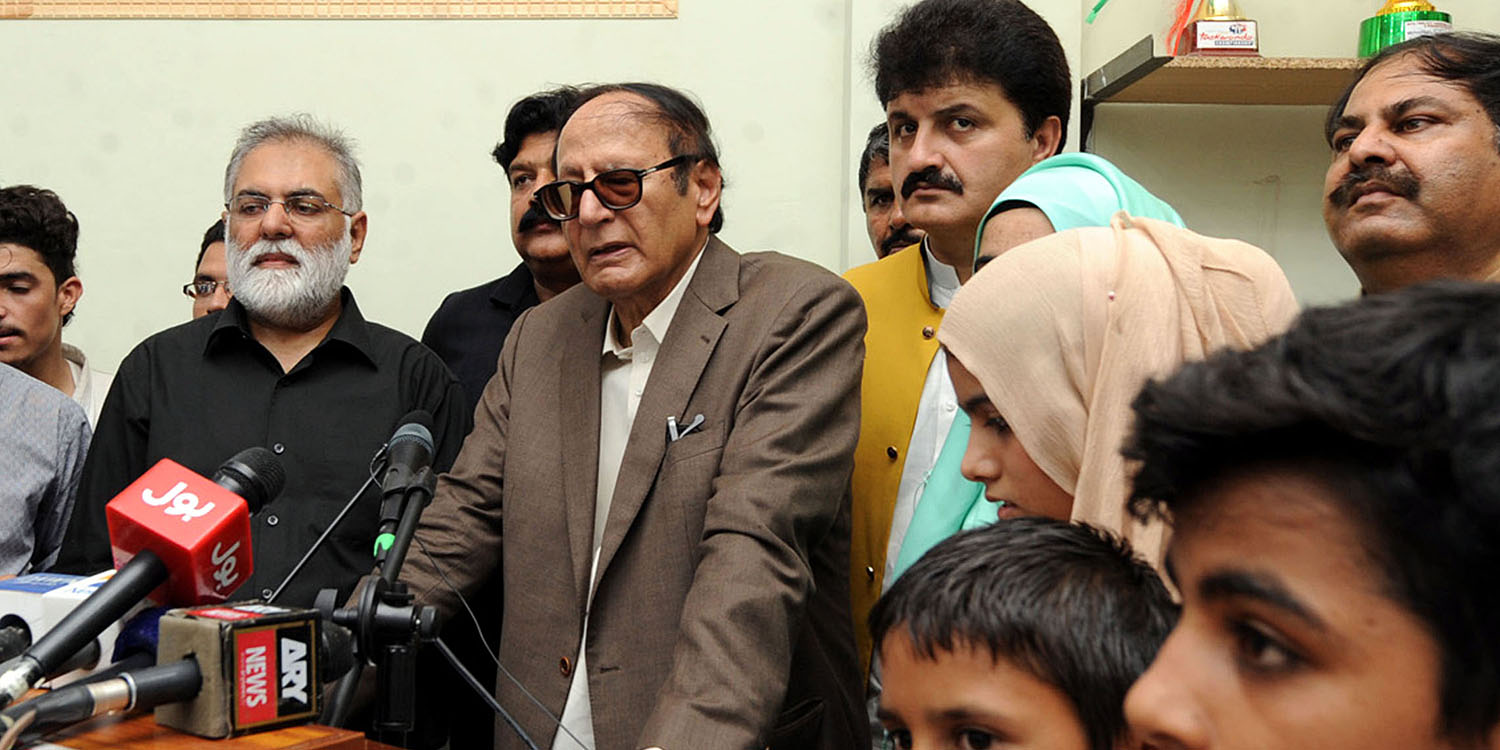 Change in oath on Khatm-e-Nubawwat is more shameful than Nawaz Sharif becoming President of the party: Ch Shujat Husain

Very difficult to find honest and good NAB Chairman, students should practice the teachings of the Quaid-i-Azam, address in Khubaib College Haripur

Lahore/Islamabad: 04-10-2017: Pakistan Muslim League (PML) President and former Prime Minister Ch Shujat Hussain has said that changing of the oath on Khatm-e-Nubawwat into declaration is more shameful than after disqualification Nawaz Sharif’s becoming the party president.

He said this while speaking as chief guest at the inauguration of Taekwondo Hall in the College under auspices of the Khubaib Foundation in Haripur. Two girls which Ch Shujat Hussain had taken from Lal Masjid for upbringing were also present in the function.

Expressing heartfelt gratitude to Khubaib Foundation Chairman Nadeem Khan, he said that he has seen more intelligence and ability here than the children of the biggest schools of Lahore, these children have to hold the reign of power of the country tomorrow, these children should not only remember golden principles of the Quaid-i-Azam but also practice the same.

Ajmal Khan Wazir wished if the hearts of other leaders were also like that of Ch Shujat Hussain then the circumstances of the country would not have been as these are now. He thanked Khubaib Foundation Chairman Nadeem Khan and Turkey due to whose cooperation lakhs of orphan girls and boys are today getting education.

Chairman Nadeem Khan said whenever we have called upon Ch Shujat Hussain he has always helped us large heartedly, no one else is more concerned and thoughtful about orphan children and destitute people than Ch Shujat Hussain.

Function was also attended by Haripur Chamber of Commerce President Haji Manzoor Elahi and members, delegation of Milli Muslim League, PML leaders and other personalities from different walks of life.

Responding to questions from the media regarding prevailing political situation, Ch Shujat Hussain said that in the present circumstances nothing named government is visible anywhere, Paying great tribute to the Supreme Court, he said that the judges who delivered courageous verdicts deserve to be appreciated and patience is being shown despite the situation being created by N-League.

In reply to another question he said that more shameful work is to change the oath on Khatm-e-Nubawwat into declaration than becoming the party president despite being unanimously disqualified by five judges of the Supreme Court.

About the appointment of new NAB Chairman, he said that it is very difficult to find an honest and good person for the post of Chairman NAB.

He further said the government is now itself ashamed over the matter of amendment in the oath on Khatm-e-Nubawwat. To a question about before time general election, he said that he is not seeing any atmosphere of before time elections. # 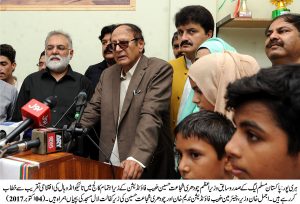 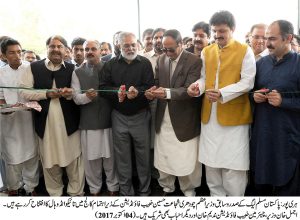