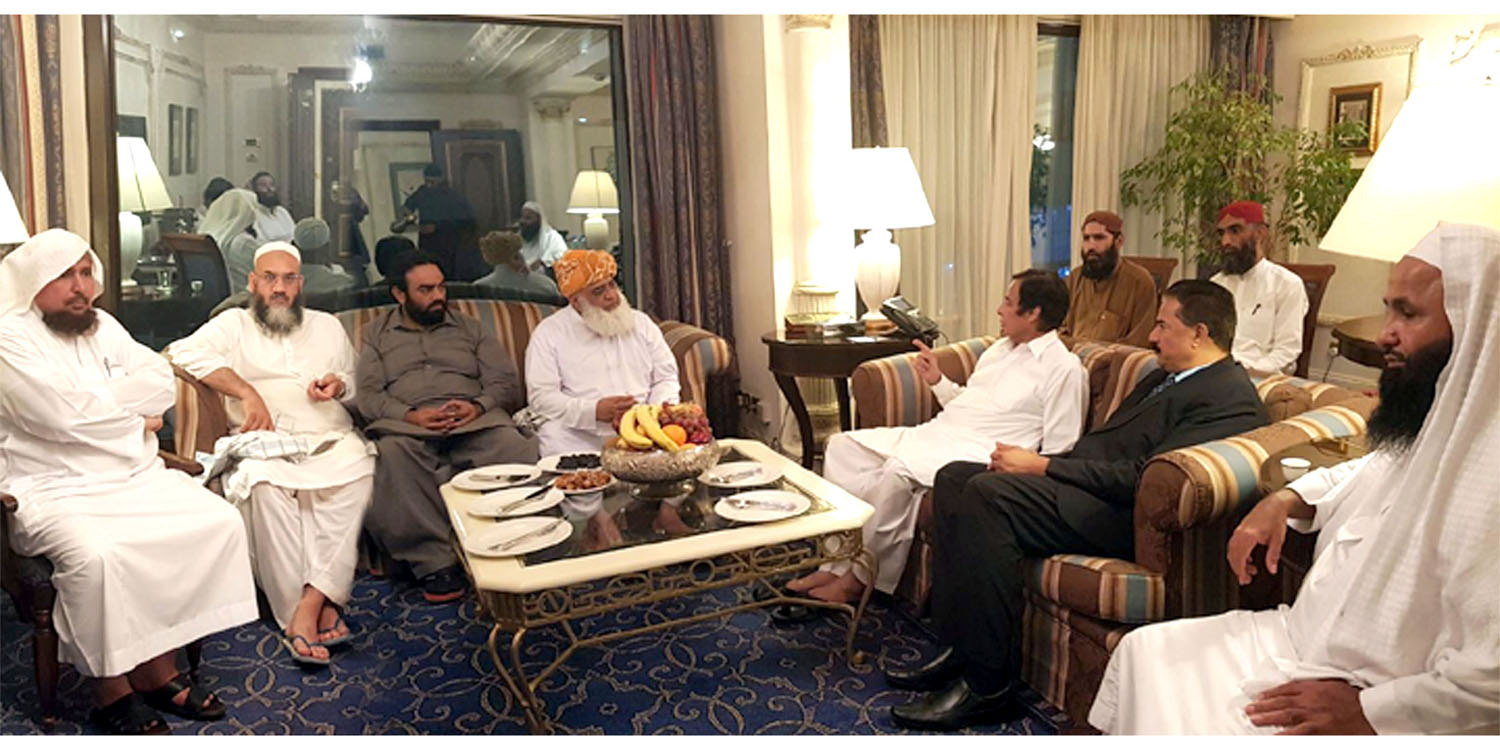 No compromise on matter of Khatm-e-Nubawwat, efforts of Ch Zahoor Elahi Shaheed and Mufti Mahmood in this regard are beacon-light

During the meeting, which lasted for some time, views were exchanged in detail regarding prevailing political situation in the country with particular reference to change in the oath of the Khatm-e-Nubawwat.

Both the leaders also agreed that no compromise will be done about Khatm-e-Nubawwat. During the meeting, efforts of Ch Zahoor Elahi Shaheed and Mufti Mahmood regarding Khatm-e-Nubawwat were described as beacon-lights. 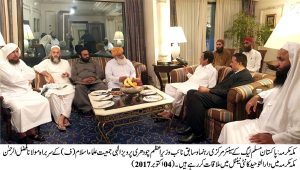